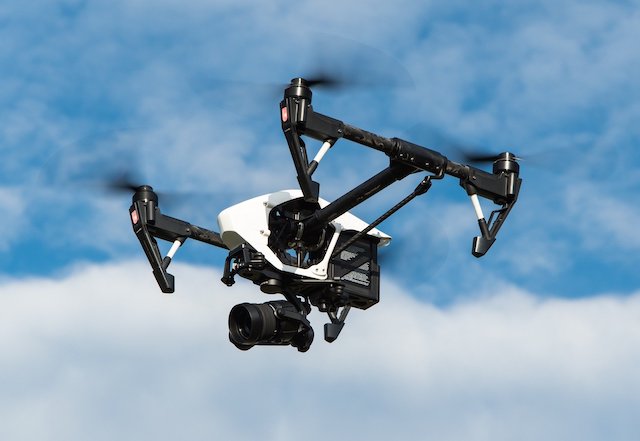 Drones are becoming used more than as fun toys for the nerdy set. Increasingly, and especially now in this confinement period, they are also tools to be used to deliver medicine, food, disinfectant sprays, information and as public security devices.

The small size and easy manoeuvrability makes them ideal for such tasks and Monaco has climbed on the bandwagon to put them to work.

Last weekend, members of the fire brigade flew a drone over the streets of the Principality on the lookout for people who were potentially risking their health and the health of others by not restricting their movements. Parks, beaches and gardens were under particular surveillance as these pleasant spots are the most likely places those not adhering to lockdown rules congregate.

While public safety officials work under the assumption that people are following the regulations, this second line of defence is an additional deterrent for those who may have itchy feet.

Though they are being used to stop wayward behaviour, they are not being used for entrapment purposes. As drones make a distinctive noise, the public will know when one is in the vicinity and if they are perhaps not doing what they ought, the drone will serve as a reminder that rules are in place for a reason.

Currently, it is the fire brigade who pilot and maintain the drone, but in future, it will be the police who handle this task.

The introduction of drones as a method of policing has been met with mixed feelings. Some believe that once the Pandora’s box is opened, there is no going back and that these devices could be used against the public in a “big brother” sort of way.

The knowledge one is being constantly watched will certainly discourage unwanted behaviours, but it will also limit freedoms. People may think twice before joining in on a cause unpopular with the government or taking part in strikes for fear of retribution.

It could also cause high levels of anxiety for some, especially those who are already living in marginalised states, putting psychological pressure on fragile individuals.

For now, though, the drones are merely tools for those looking after our safety during this crisis and are instruments used for positive outcomes.

As an aside, the Public Security forces would like to remind residents that they and the drone will be out in full force over this holiday weekend. Clearly, the temptation to visit family for Easter will be there for many and the government strongly advises against it. People will be fined if caught without authorisation, and the hit to the pocketbook, as well as the possibility of infecting loved ones, is simply not worth the risk.