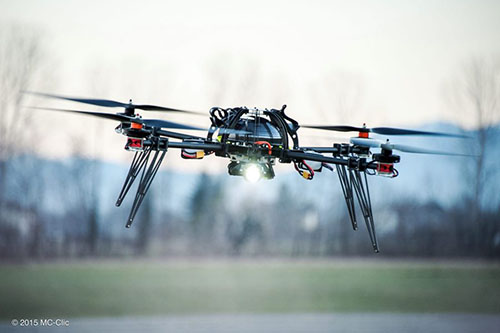 Monaco has presented the merits of its new drone system while calling for increased use of cleaner fuel alternatives for aircraft during this year’s International Civil Aviation meeting in Montreal.

The 40th annual meeting of the International Civil Aviation Organisation (ICAO) saw the introduction of a new platform for the management of drone traffic, dubbed Unmanned Traffic Management (UTM). It was created by the company Air Space Drone and was recently installed in the Principality.

The presentation, a joint venture between Monaco and Air Space Drone, was held at the Consulate General of Monaco in Montreal and guests included the Secretary General of the International Civil Aviation Organisation, Dr Fang Liu. The demonstration allowed Monegasque representatives to highlight the “compatibility issues between conventional and remotely piloted aircraft”.

Drone traffic has become a major concern for the aviation industry in light of some high profile run-ins, including an incident last December that shut down London’s Gatwick airport for several days causing mayhem for travellers and sparking fears of new methods of terrorism being carried out remotely at major airports.

In addition, Monaco’s delegates took the opportunity to speak to the assembly about the environmental impact of aircraft, suggesting increased usage of cleaner-burning alternative fuels and asking for the continuation of the previously instated CORSIA programme, which challenges ICAO member nations to lessen and offset CO2 emissions caused by aircraft. Airport security was also on the agenda, and the Principality called for maintaining high level awareness at international airports.

The meetings were attended by Dr Diane Vachon, Monaco’s Consul General in Montreal and Permanent Representative to the ICAO, and by Bruno Lassagne, Monaco’s Director of Civil Aviation. The assembly took place from 24th September to 4th October.