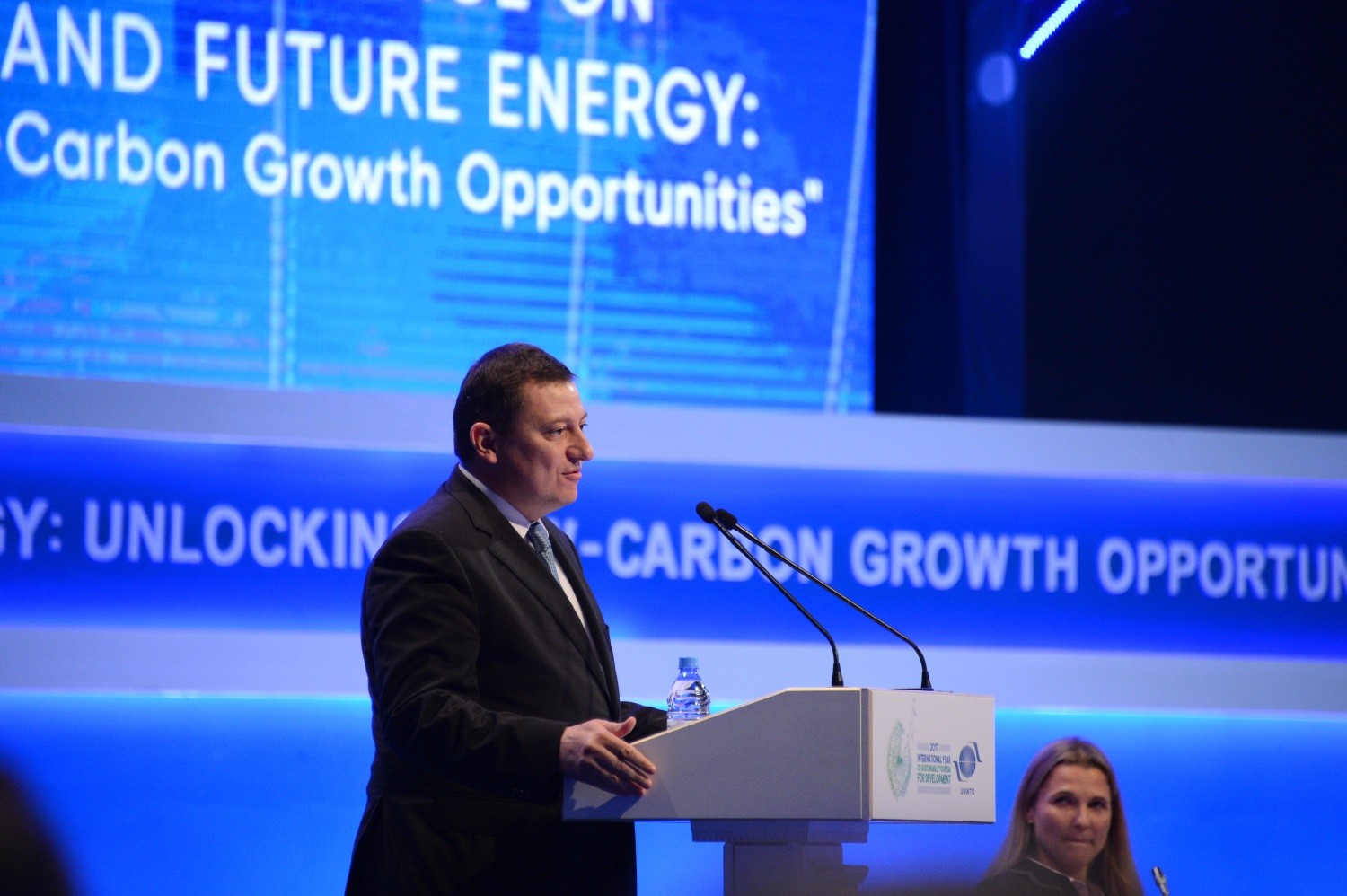 The World Tourism Organisation, a UN agency of which Monaco is a member, has held a conference on “Tourism and the Energies of the Future: unlocking opportunities for growth with low carbon intensity” on the sidelines of the Astana 2017 Expo.

Monaco’s Director of Tourism and Conventions, Guillaume Rose, had the privilege of representing the Principality at the conference, giving him the opportunity to tackle subjects related to the responsible development of tourism in the Principality in front of representatives from all over the world.

Speaking on the theme of “transport and sustainable mobility in tourism”, Mr Rose highlighted Monaco’s initiatives in the use of clean vehicles, the Mobee electric vehicle car-sharing system, the CAM electric bike service, and public transport using biofuels.

He added that urban infrastructure facilitated walking on foot in the Principality, particularly with the use of elevators. He also spoke about state-of-the-art projects in which Monaco is involved, such as Planet Solar and Solar Impulse.

Opened in June, the Astana 2017 specialised exhibition brings together, over three months, more than a hundred countries and many international organisations, the main theme being ‘Energy of the Future.’

Lifestyle & Wellbeing Cassandra Tanti - April 28, 2020
The government has outlined its three-phase plan to pull the Principality out of lockdown, starting within the week.