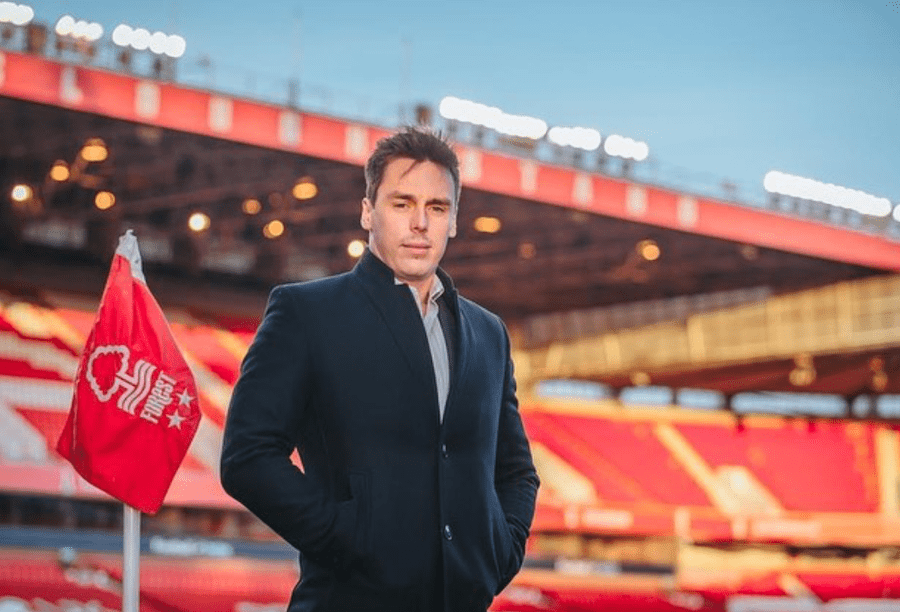 Louis Ducruet, son of Monaco’s Princess Stephanie, has joined Nottingham Forest football club as an advisor for international projects.
After weeks of speculation, Louis Ducruet, former vice-presidential assistant at AS Monaco, confirmed on Instagram that he has been recruited as part of the club’s backroom staff. The official role he will take on for the Reds is advisor for the team’s international projects.
“It is a great pleasure for me to announce that I’m officially joining NFFC,” Ducruet posted on Instagram. “I’m glad to join such a historical club, I’m ready for this new challenge! Let’s go Reds!”
In his new position, the 27-year-old will be helping the club expand its presence worldwide.
Louis Ducruet left his position at AS Monaco last summer after five years with the team. He started in the marketing department then moved up to international recruiting, followed by his last position as Assistant to Vice-President and General Manager Oleg Petrov.
Before accepting the two-year position in Nottingham, Ducruet was rumored to have been courted by clubs in Belgium and Switzerland.
Nottingham Forest expressed their “delight” at welcoming Ducruet and said that they hope he will “use his overseas experience to help expand the global presence of the club.”