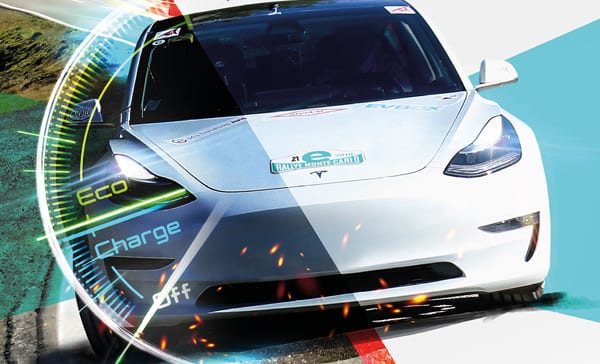 The 5th annual E-Rally Monte Carlo has been cancelled out of respect for the victims of Storm Alex, with the Automobile Club of Monaco instead focused on disaster relief.
It is another event cancelled in this year of cancellations, though this one has a different motivation. Organisers of the annual E-Rally Monte Carlo have announced they will not be following through with the planned event scheduled from 22nd to 25th October as a show of solidarity with the people of the Roya and Vesubie valleys.
In a statement on the Automobile Club of Monaco’s (ACM) website, the event organisers state that, “The distress of the inhabitants, especially of the Vesubie and Roya valleys, could only encourage us to consider the tragedies that have occurred, rather than the interest of a sporting event.”
The ACM and a group of volunteers have instead decided to use their time helping the municipalities affected by the storm. After consultations with the local town halls of Bollène-Vésubie, Breil-sur-Roya and Tende, they are arranging for three convoys loaded with “essential equipment”. These supplies will take into account the early winter conditions already hitting the area that are making an already bad situation worse.
The E-Rally Monte Carlo is a road race reserved for vehicles that are 100% electric or hydrogen-powered. This promotion of new automotive technologies goes hand-in-hand with the Principality’s stance on lessening pollution.
The Automobile Club of Monaco has championed these vehicles for the past 20 years, and the E-Rally is but one way they are demonstrating that eco-friendly does not equal low-performance.