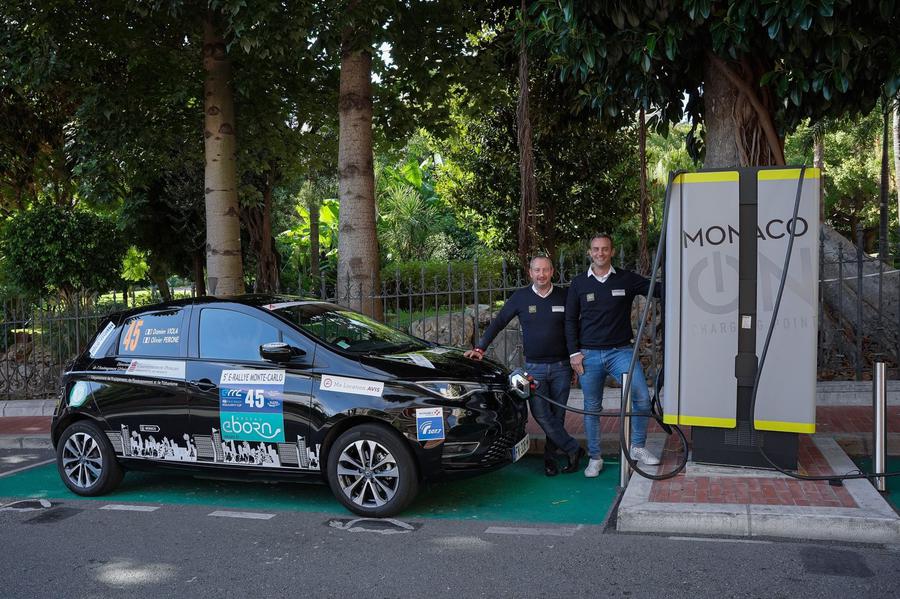 The recently installed electric parking system Monaco ON played a very important role in the fifth edition of the ACM’s electric rally series.
Preceding the COP26 conference in Glasgow by only a matter of days, the Monte-Carlo e-rally showcased Monaco’s own commitment to green mobility through the use of their brand new electric parking system. Monaco ON charging points, easily identifiable due to their bright yellow branding, serve to make green mobility, and by extension green living, an affordable, practical reality.
Starting in Chateauneuf in the Loire, a region known for its green initiatives, drivers began their 1,000-kilometre journey towards Monaco. Amongst those taking part were the Daghe Munegu (Come on, Monaco) team comprising four cars, relating to different Monegasque departments. The Urban Planning Department were represented by two cars – a male and a female team, whilst law enforcement and the Mairie were also represented in the race.
The course took the drivers through some of the most beautiful landscapes in France, passing through the Var and the Alpes-Maritimes regions. After two full days of driving, participants arrived in Monte-Carlo on the evening of 22nd October. The next stage of the E-rally, the departure from Monaco, was to commence the next morning, however upon arrival in Monte-Carlo, the drivers were tasked with finding a Monaco ON charging point, with the help of the Your Monaco card, to complete the first stage of the event.
The exercise shone a light on the Principality’s flagship project that brings free, easy-to-use and extensive electrical charging stations to the centre of Monaco. It is hoped that the new electrical infrastructure will accelerate the move away from fossil fuels, and towards a greener approach to mobility and transportation.
Both the men’s and women’s Urban Planning departments teams earned respectable results, finishing 14th and 22nd respectively.