€300 fine for discarding masks in public

€300 fine for discarding masks in public 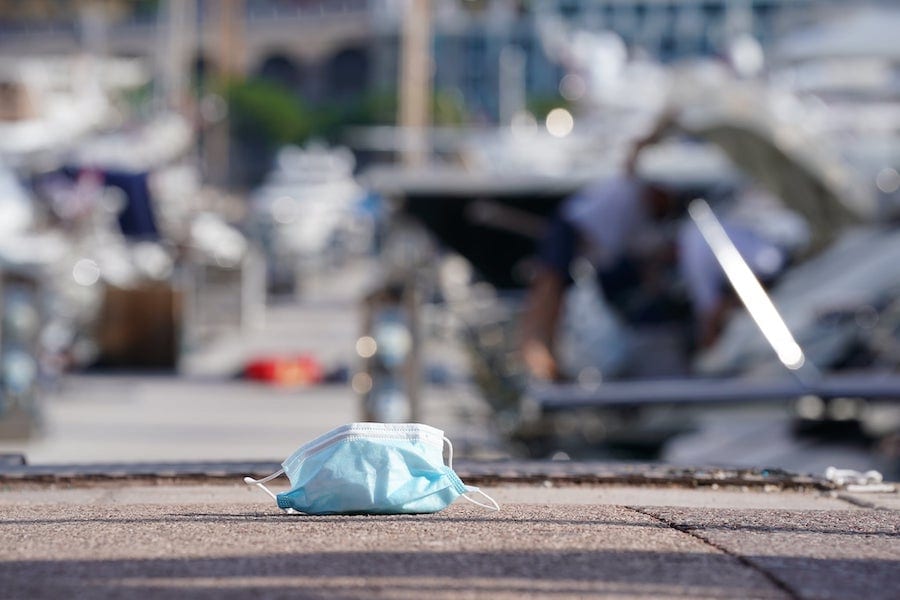 People caught littering masks and other Personal Protection Equipment (PPE) in public face a €300 fine as the Monaco government steps up efforts to combat the latest scourge on the environment.
Since the government began recommending that everyone wear masks to prevent the transmission of Covid-19, Monaco – like the rest of the world – is facing a new problem.
The single-use protective gear is being discarded thoughtlessly in the streets and on roads throughout the Principality, often ending up in the sea, prompting the government to mobilise on the issue.
“For the sake of cleanliness and respect for the population, the Urban Police Division, the Maritime and Airport Police Division and the Living Environment Preservation Unit will henceforth be required to systematically verbalise offenders who will be liable to a contravention fine of a maximum amount of €300,” revealed the government on Thursday.
The Principality ordered some 11.5 million masks at the height of the crisis. While 10 million of those are being stockpiled at the barracks of the Carabinier du Prince, more than 900,000 masks have been distributed throughout the Principality.
In early June, France doubled the fine to €135 for littering after images of masks and gloves floating in the ocean sparked widespread outrage.
The call-out in Monaco also extends to those who illegally discard their cigarette butts and other waste.