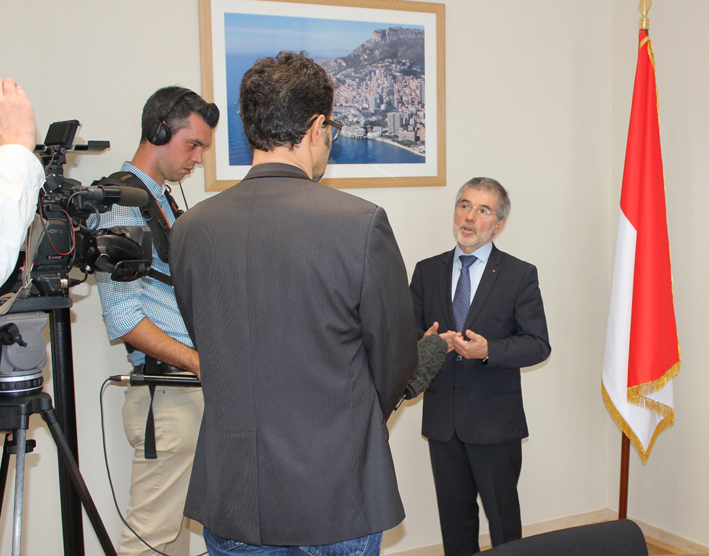 A civil defence exercise, named RICHTER, was held jointly Wednesday in Monaco and in the Alpes-Maritimes to evaluate the response capabilities of the two countries’ Crisis Management centres, led on the Monaco side by the Department of the Interior. The exercise required no field engagement in terms of personnel or equipment and, in Monaco, only the National Crisis Management Centre (CNGC) was activated.

The Department of Animation (DIRANIM), based at the Prefecture in the Alpes-Maritimes, was responsible to detail the progress of a disaster, in this case a major earthquake, and follow the actions implemented by the CNGC’s different cells in responding to the crisis.

Speaking to the Monaco press afterward,Interior Minister, Patrice Cellario, reiterated that the exercise was “testing procedures in place to manage the phenomena of crisis and coordinate the Monegasque and French services”. He added, “The outcome of the day’s exercise was very positive. The teams really mobilised, communication worked well internally and with the French services, and the different cells showed they know how to handle a crisis situation.”

Monaco Life asked the Minister whether the government has a specific mechanism in place during an emergency to communicate with the 100 nationalities living in Monaco, many of whom do not speak French, despite it being Monaco’s first language. “There are two things to remember about an exercise like today. First, it’s a test for the administration on how to mobilise services – the police and fire department, the Red Cross, hospitals and concessionary services, like electricity and transport – during a crisis and how to administer these services to manage the city. And secondly, how to handle the crisis itself.”

Addressing how to get the message across to Monaco’s non-French speaking community, Minister Cellario told Monaco Life, “With the government’s social media, we tweet in English and French. Also, we have an SMS alert system, which for the moment is in French, but we are thinking of adding English so people could receive, for example, pollution alerts, weather alerts or earthquake alerts in both languages.”

Minister Cellario encourages the Anglophone community to visit the Public Service section of the gouv.mc website (where information is provided in English) and to sign up for the free Monaco Alert Service to receive an email or SMS in the event of a major risk, explaining the necessary precautions to take or emergency measures put in place.

Photo: Twitter IUM[/caption] On November 9 and 10, the International University of Monaco hosted International Business Days 2016, which included workshops specifically designed to support the internship-job search efforts of students and alumni. The topic was "Shaping your international career path". One of the main sessions during the event was "Discovering Monaco opportunities", which focused on helping students and alumni understand the Monaco economy and its very specific job market. Main topics included how to set up a business in the Principality, acquiring a Visa and work permit, and the expanding shipping industry. The two-day event gathered around 60 companies, including UBS, Piaget, Nielsen, Frost & Sullivan, BDDO, CONNECT DG, Banque Edmond de Rothschild, PUMA, SEVENDOTS, and 300 students and alumni on the Monaco campus. "Speed biz dating" sessions were also organised. 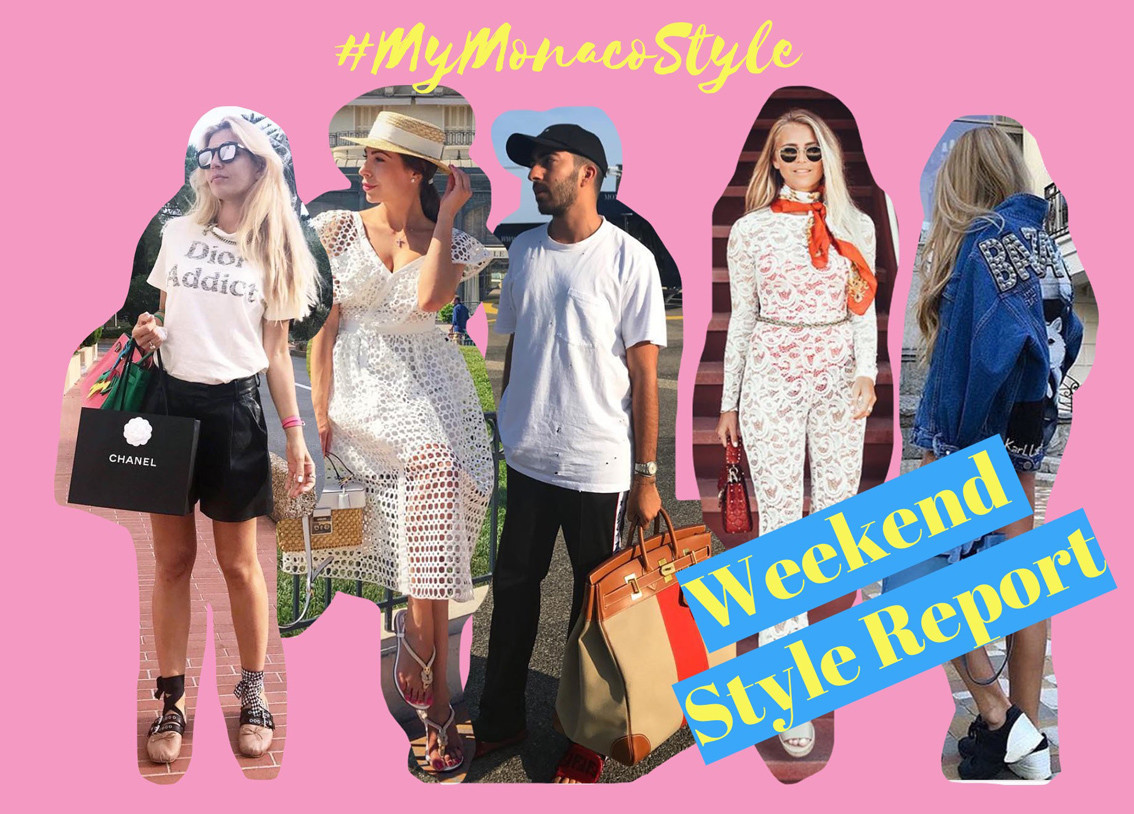 Weekends in Monaco are fun. Long lazy lunches at Monte Carlo Bay, lounging by the pool at the Meridien, having an ice cream at the Cafe de Paris … wherever we are, it’s always done in style. Monaco is not the place to let your fashion guard down, especially on the weekends. We can’t let the tourists see us slacking on the glamour, can we? I’ve always got one eye on the streets and one eye on Instagram so I don’t miss one style moment and this weekend did not disappoint. With the summer’s end drawing nearer, Monaco’s fashionistas are digging deep into their closets to inspire us and make us dream with their outfits. These are my 5 favourite looks from this weekend via Instagram. 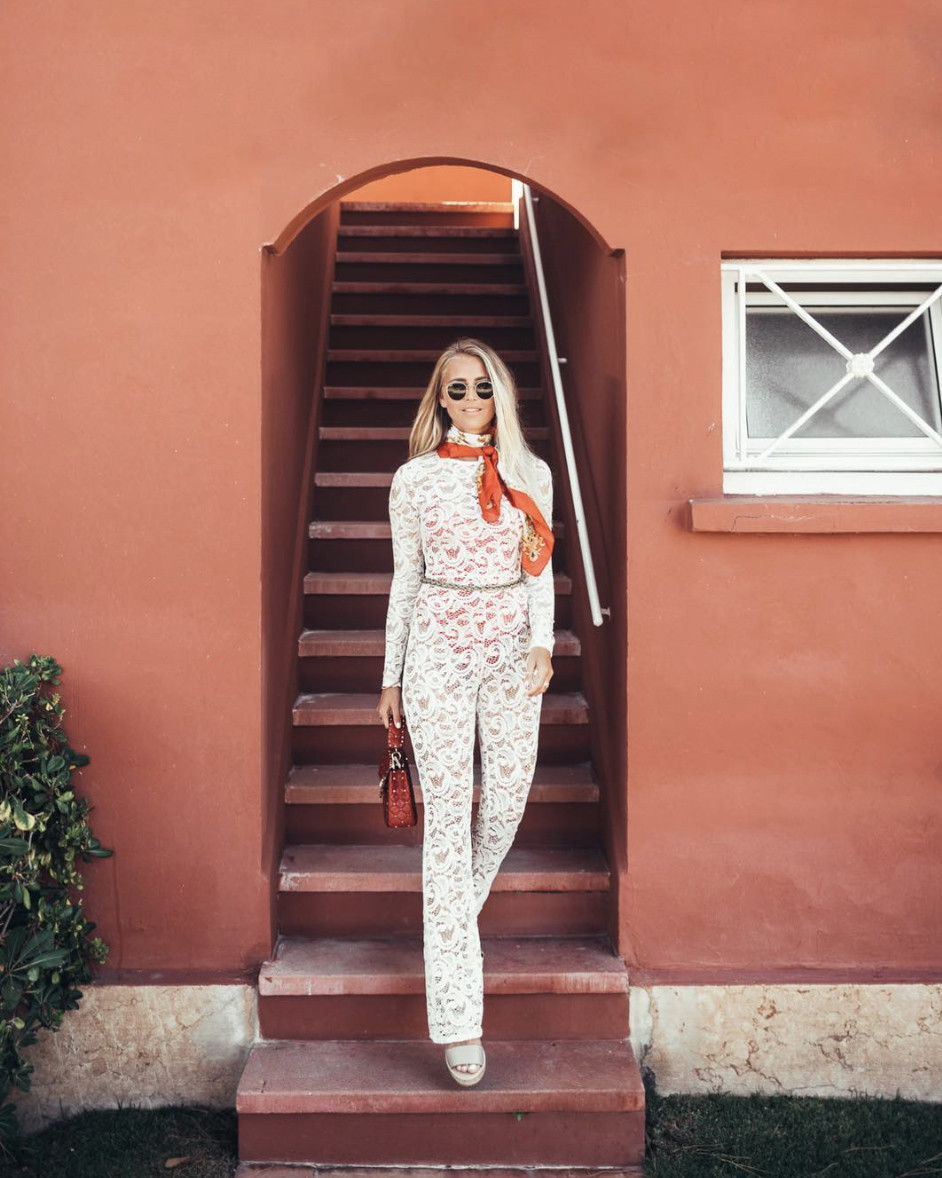 @JANNID Lifestyle & Fashion blogger Janni Delér was white hot and oh so cool in a lace jumpsuit by Nelly over a classic red one-piece swimsuit while at lunch at Monte Carlo beach. Accessorised with RayBan sunglasses, a red scarf and Valentino bag, the Swedish beauty was the epitome of weekend style in Monaco easily taking her look from afternoon chic to pool side fleek. 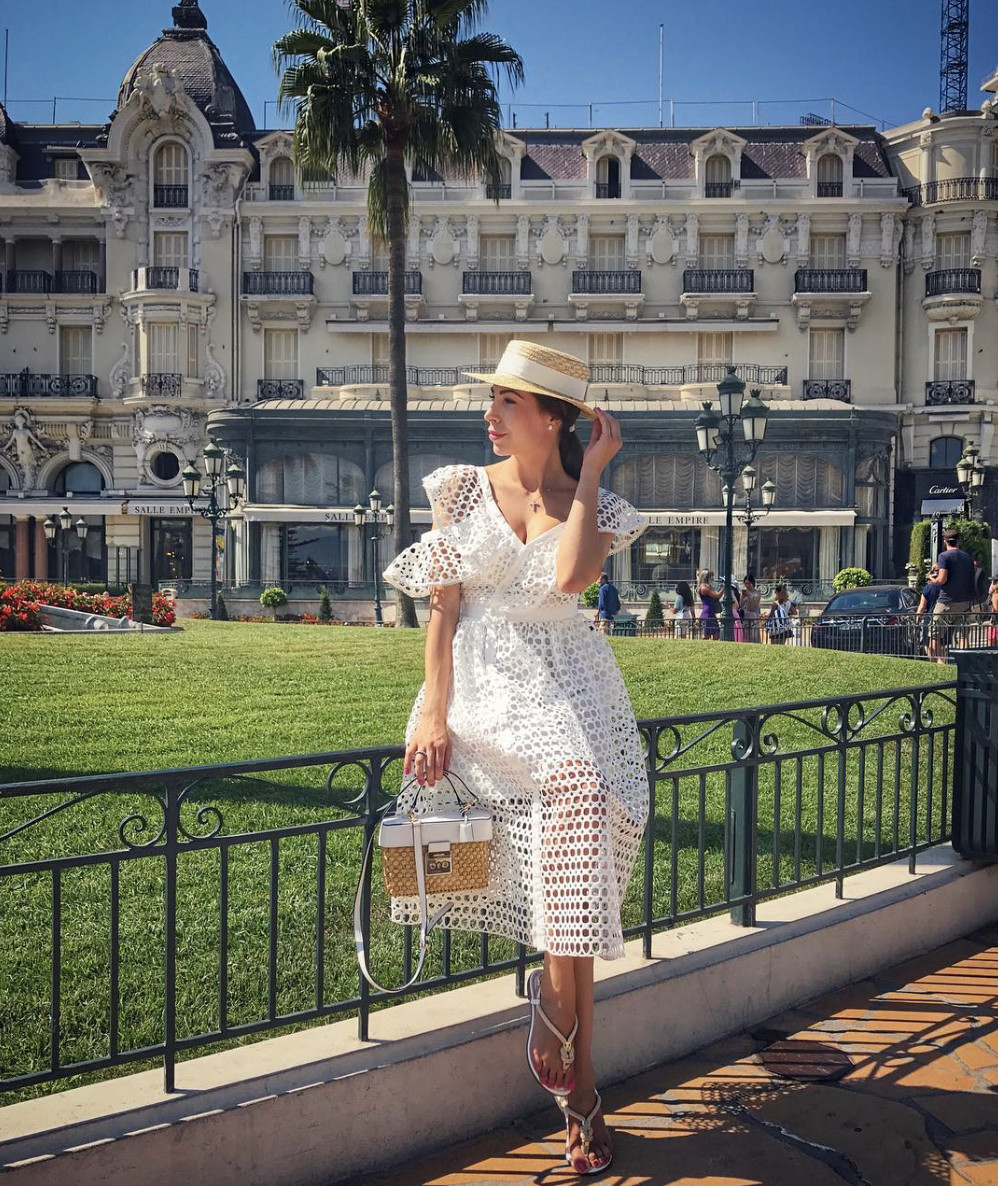 @Yano4ek Scrolling through Yana Mishieva’s Instagram feed you immediately get the sense that this is a woman who dresses for herself, for fun, and isn’t afraid to take risks. I’m loving her Monaco weekend style. Looking super summery and fresh, channelling the days of glamorous picnics in the 1920s in an unconventional white empire dress with laser cut perforations, woven boater hat, and matching woven bag with white sandals and simple diamond jewellery, the brunette looked radiant taking in the morning sun at the Casino square. 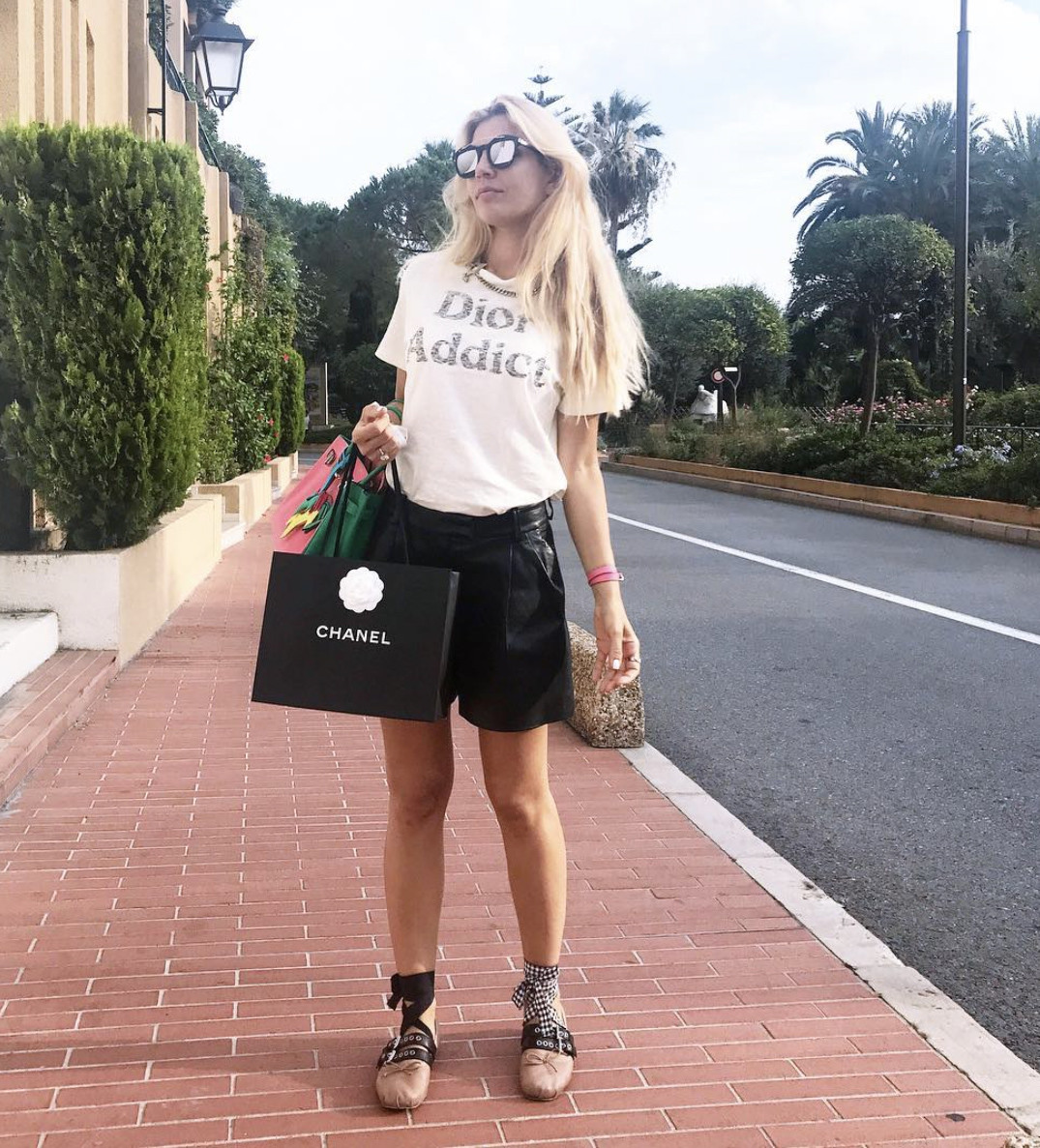 @ItalianFashionista This Rome born, instafamous mommy of two gave us cool girl glam for the weekend with mirrored Dior sunglasses, a Dior Addict t-shirt, leather shorts and Miu Miu lace-up ballet flats. Fresh off a stop to the Chanel store to add to her already enviable wardrobe, she accessorised with a made-to-order Hermès Birkin in pink and green adding some colour to her white and black ensemble. 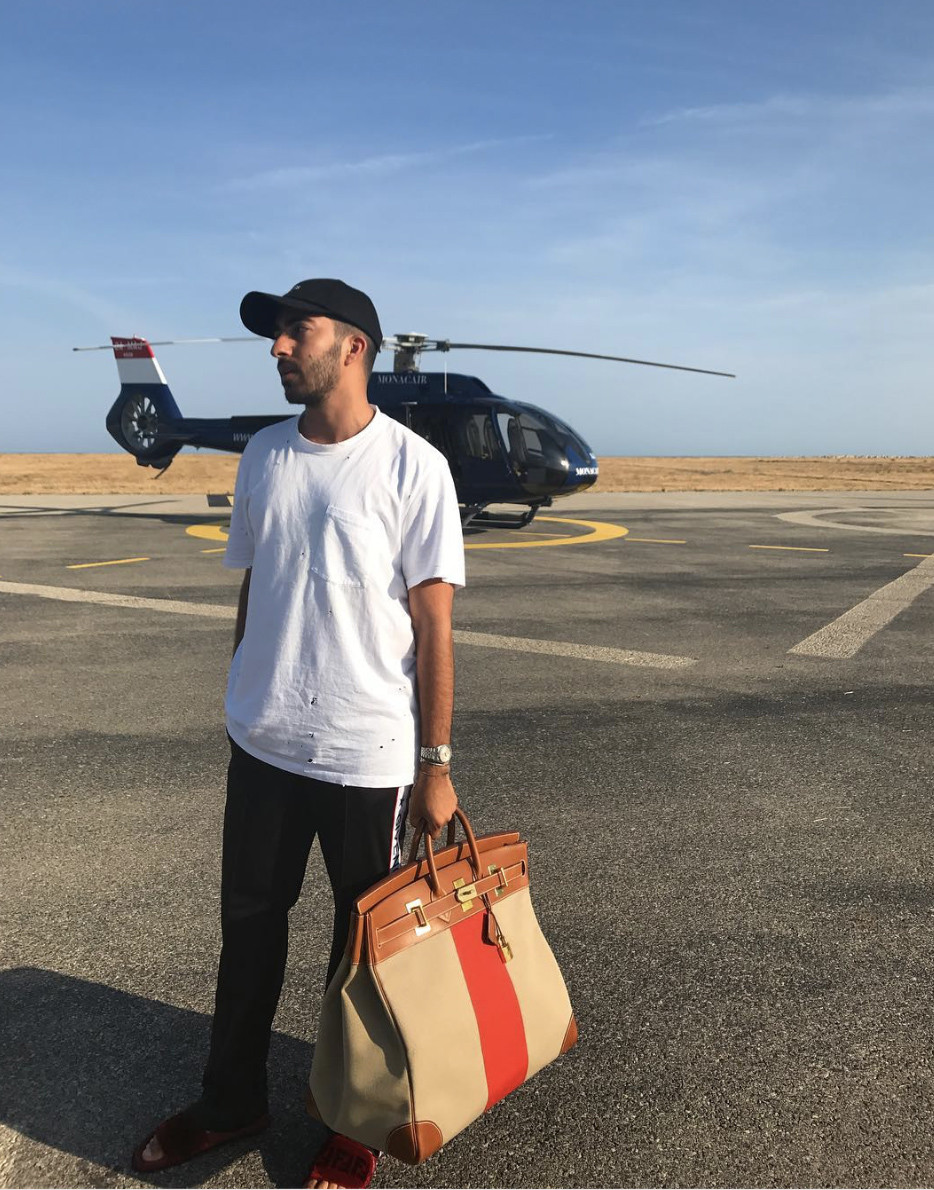 @theeabdulla Fresh off the helicopter, influencer and designer Abdulla Al-Abdulla arrived in style choosing to let his accessories speak for him. Decked out in a white t-shirt, Givenchy track pants, Fendi fur slides and a Hermès Haut à Courroies bag, Abdulla looked ready to leisurely slay away the weekend in Monaco. 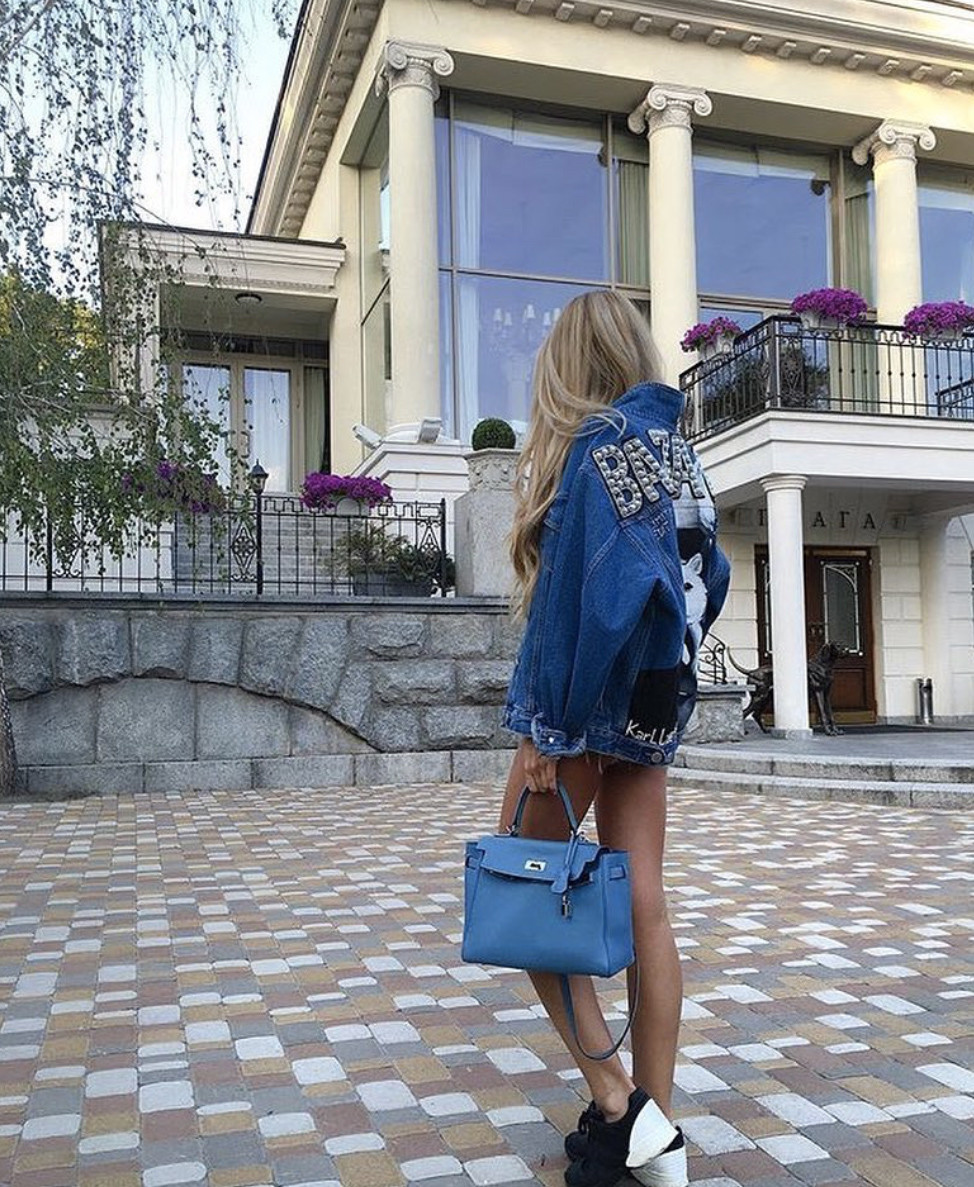 @NancyJennerr I don’t know much about this glamorous instagrammer who prefers to hide her face in most of her pictures but what I do know is that she is a queen when it comes to coordination. Paring a white lace dress with an oversized customised denim jacket emblazoned with the image of Karl Lagerfeld and his famous feline companion Choupette, the blonde jetsetter, blue Hermès Kelly bag in hand basked in the summer sun 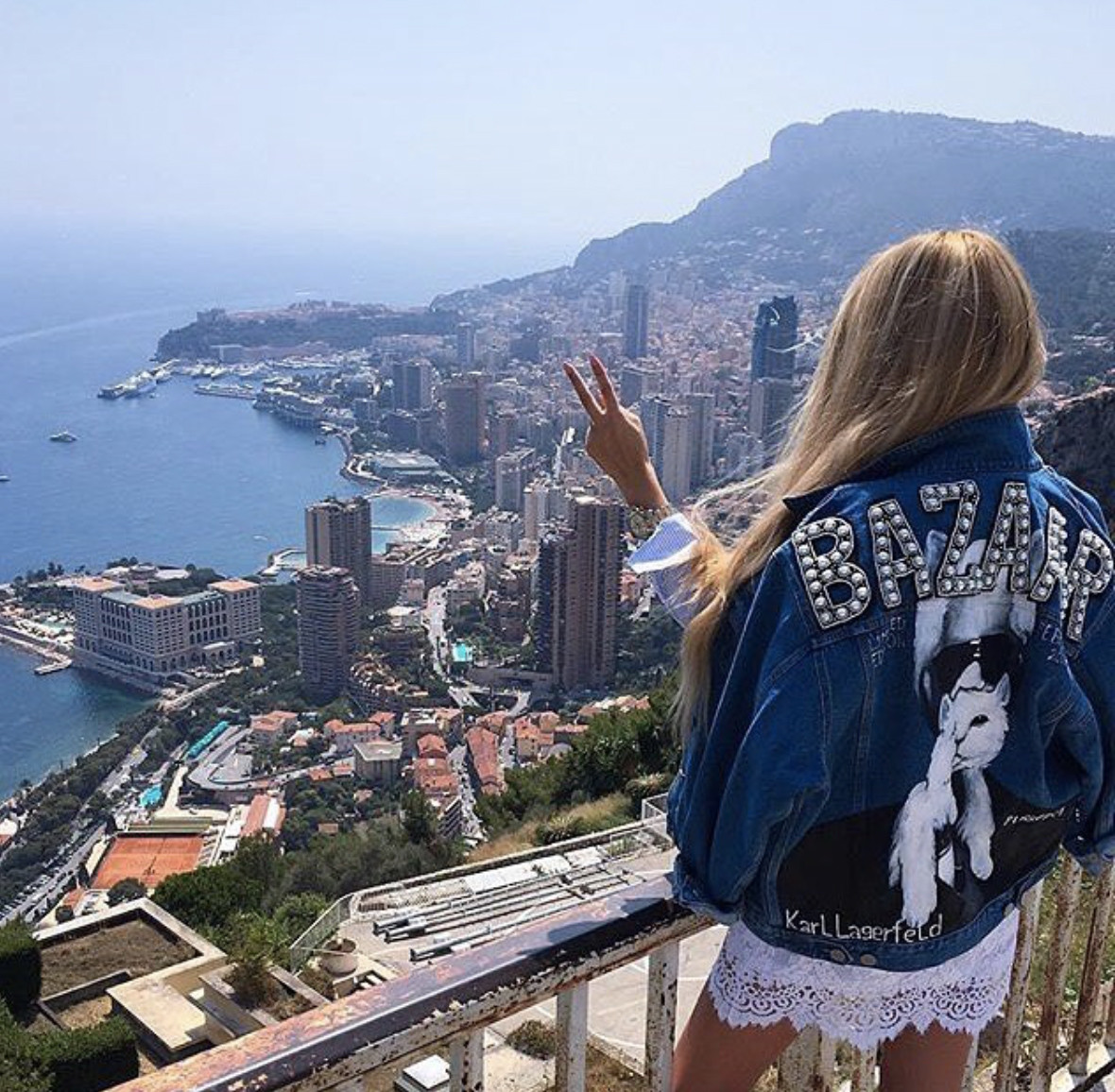