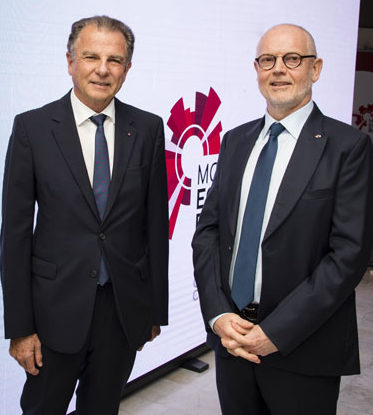 More than 200 people from 470 member companies and key players in the Principality attended the recent Annual General Meeting of the Monaco Economic Board (MEB), when the 2016 report and programme for 2017 were submitted and approved and, as happens every three years, the Steering Committee was elected.

At the end of the AGM, Minister of State Serge Telle reiterated the government’s strong support for activities undertaken by the MEB.

In 2016, 50 initiatives targeted new investors and supported the growth of Monaco companies as part of its mission to seek and support foreign investors. The Monaco Invest team operated often in partnership with other institutions, both in the Principality and abroad, which led to more than 30 applications being logged from potential investors who meet Monaco’s needs. Agreements were also signed this year with foreign business organisations that have a base in the Principality (Italy and Brazil).

Meanwhile, thanks to its many partners, the Monaco Chamber of Commerce ramped up its activities to support Monaco companies. Locally, these included the ever-popular Members’ Rendezvous, as well as conferences, and hosting foreign delegations, with trade missions to Brazil, Russia and Azerbaijan.

A barometer of Monaco’s economy, the international procedures department processed a total of 6,500 documents, representing a 4.2 percent increase in turnover on 2015.

On the communications front, apart from promoting activities all-year-round, a highlight was the fifth Eco Awards, which put the spotlight on six remarkable companies in the Principality.

Looking ahead, highlights include trade missions to Slovakia and Moldavia accompanying official visits by HSH Prince Albert II (May 1-5), Israel (June 19-22) and Kazakhstan (July). Prospecting operations to London, Switzerland and Italy are also in the pipeline targeting suitable sectors such as Family Offices, yachting and ICT.

Back home, visits by foreign delegations, conferences and networking events give member companies a variety of opportunities to grow their business.

Concluding the AGM, Minister of State, Mr Serge Telle, reminded the meeting that “the MEB is a major strategic partner for the government, as we work together year round in pursuit of the same objectives the development, reputation and attractiveness of the Principality” as a business destination.

Free entry to artmonte-carlo this weekend

Local News Stephanie Horsman - July 15, 2021
Artmonte-carlo is celebrating its fifth anniversary and to celebrate, the organisers are offering free admission to the Grimaldi Forum event on Saturday.