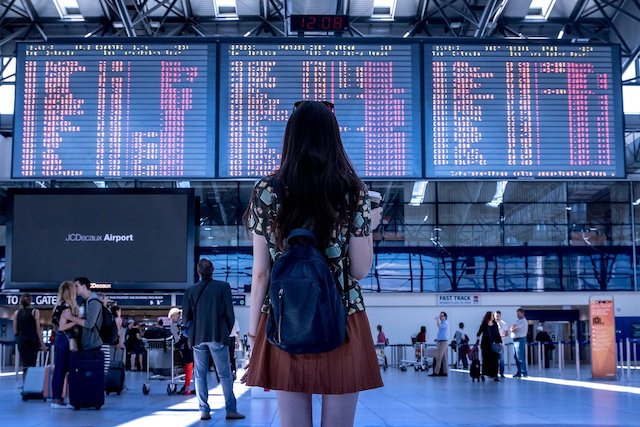 As Italy goes into lockdown and tourism-related businesses enter a tail-spin, there are calls for governments to put as much effort into halting the economic impact of Covid-19 as treating the public health crisis.
Borders have been closed, events are being cancelled by the second, and travel is either discouraged or at a standstill. Like the virus, these actions are having unprecedented international repercussions, particularly in Europe where tourism is at the heart of its economy.
According to the European Tourism Association (ETOA), government actions to push back the Covid-19 epidemic need to be balanced with people’s livelihoods.
“The economic impact is spreading faster than the virus that triggered it,” says Tom Jenkins, CEO of the ETOA. “The consequences are evident. Throughout Europe we are seeing signs of tourism meltdown. Business from China is non-existent, and from South-East Asia it is down by 75%. Inbound traffic to Italy from all markets is at a standstill: nearly 25% of all inbound traffic to Europe from the US involves Italy.”
As we have seen with the cancellation and postponement of events, like the Aesthetic & Anti-Aging Medicine World Congress in Monaco and MIPIM in Cannes, business tourism in our region is taking a massive hit. Companies are now routinely banning all “non-essential” travel, while France has put a stop to gatherings of more than 1,000 people.
Conferences, meetings and all forms of collective corporate activity is being suspended – an industry which is worth millions to Monaco and the French Riviera, particularly to the small to medium operators who rely on this kind of business tourism.
“We will soon have a full-blown crisis in the hospitality sector,” says Mr Jenkins. “Last week I was insisting that we need to be stridently optimistic. One week later I am seeing operators (who had been struggling to find staff) engaging in compulsory redundancies. Such is the speed and severity of this downturn.”
He adds: “I have worked in this industry for nearly 40 years. In that time there has been the Libyan bombing in 1986, the first Gulf War in 1991, 9/11, the second Gulf War, and the financial crisis of 2007/8. I have never seen anything like what is happening now.”
In light of Italy’s lockdown announced late Monday, the Thello train line has suspended all services between France and Italy until 3rd April – a major blow for commuters passing the border for work.
Nonetheless, the 4,200 Italian workers entering Monaco every day are being told to continue life as normal. The Monaco Government released a statement on Tuesday saying that the Italian Government has assured them that the latest measure of containment does not impact the many employees who are resident in Italy and who come daily to work in the Principality of Monaco.
“The vast majority of Italian nationals come from the Ventimiglia region, an area that has never been identified as a high-risk area,” reads the statement. “The Prince’s Government has also made sure with the French authorities that workers coming from Italy to Monaco can cross French territory. The Alpes-Maritimes prefecture has confirmed that the Franco-Italian borders remain open.”
It appears to be one ounce of rationality amid a crisis where all the attention of government – and consequently the press – is on the threat posed by the virus. “Somehow the narrative must be changed from ‘health’ to the impact on the economy of what is happening,” says Mr Jenkins. “This impact needs to be curtailed as urgently as the virus. It is not enough to say ‘better safe than sorry’; what we are seeing is sensationally damaging.”

There are now more than 8,000 detected cases of Covid-19 in Italy – a jump of around 20% within just 24 hours, prompting the government to order the country into complete lockdown. Deaths are also on the rise – now at 463, the second highest outside China.
But why is this figure so high? According to Giovanni Rezza, Director of the infectious diseases department of the Istituto Superiore di Sanità, “The average age of critically ill patients in intensive care is quite high, over 80 years.”
EU statistics show Italy has the oldest population in Europe – 22.6% of the population is aged over 65. The country’s elderly population was cited as a factor in the government’s decision to close down all schools in the country on 15th March, with concerns young students can pass on infections more easily to older family members.
Meanwhile, Italian health authorities have advised people over 75 years of age to stay indoors and limit social contact for the next month. The same advice was given to over-65s with health conditions, and to anyone with a respiratory illness.
“We are in the midst of this particular crisis, but it will end,” says Mr Jenkins. “Governments need to act on what is happening to their economies: it is as important as what is happening in the area of health.”
While the overall economic impact of this virus won’t be known for some time, the ETOA is expecting the European tourism inbound industry to experience a reduction of business of at least 50% in 2020.
“This would require a major upswing in demand later in the year,” says Jenkins. “How we go about getting to that recovery is an urgent priority.”