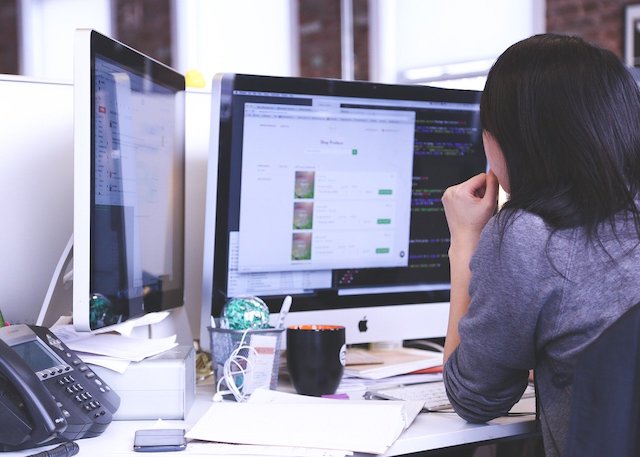 The government is releasing a purse of €50 million as a counter-guarantee from the state requested by company owners who fear for their survival during the Covid-19 lockdown period.

The Monegasque authorities have taken swift and decisive action to alleviate additional worry for the businesses of the Principality during the imposed isolation and closures.

“As we do in health prevention, the Principality applies barrier measures for the economy at the same time as accompanying measures,” said Monaco’s Minister of Finance Jean Castellini in a video press conference on Tuesday. “Our goal is to prevent bankruptcies by relieving the cash flow of troubled businesses. Let’s not doubt that the elected officials will be by our side at the time of this exceptional budgetary entry in the form of a credit opening.”

This announcement came in addition to the already existing measures of the deferral of VAT payments for two months, simplified facilitation of partial or total temporary unemployment, bank loans or zero-rate loans granted by banks whose interest will be paid by the State and finally the establishment of a guarantee fund for the loans granted, ranging from 65% to 100%.

Mr Castellini also assured businesses their rent will not immediately be due but can be spread over two or more months depending on the situation.

For those with the option, teleworking is being encouraged to keep the wheels of the economy in motion. If this option is rejected by an employee, it must come with a valid justification.

For a comprehensive look at all the new measures, visit https://service-public-entreprises.gouv.mc/Aides-et-developpement/Aides/COVID19/Soutien-aux-entrerises-monegasques-impactees or check out the graph below. 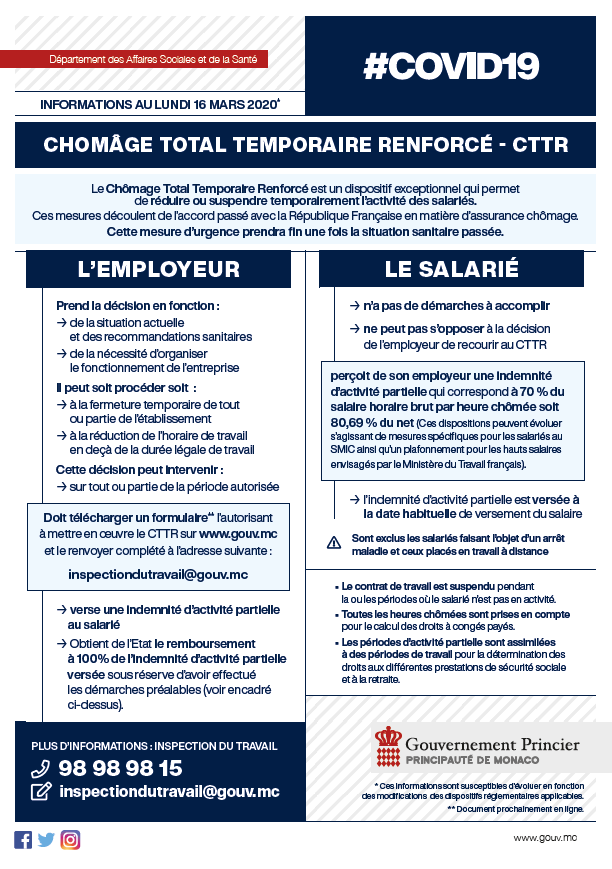 One of the main highlights of the Monaco Yacht Show is China Night, and this year’s gala has once again brought together a host of Chinese celebrities and local dignitaries in the Principality.

The event, hosted by Monaco Boat Services, is now in its 7th year and has been instrumental in continuing and expanding the relations between the People’s Republic and Monaco.

The gala dinner was held in the fabled Riva Tunnel in Port Hercule in the presence of Monaco’s Ambassador to China Catherine Fautrier, Monaco Boat Service’s President Lia Riva, Chinese actor/director Li Chen and Shanghai-born superstar singer G.E.M., who is referred to as the Chinese Taylor Swift and has chosen the Principality as the location to shoot her latest music video.

Li Chen was awarded the distinction of Ambassador to the Destination by Guy Antognelli, Director of the Tourism and Congress Board. The actor expressed his delight at staying in Monaco during his acceptance speech.

Since the March 2019 State visit of China’s President Xi Jinping to Monaco, where HSH Prince Albert II and Princess Charlene hosted an official luncheon for him and his wife, pursuing further diplomatic relations have been a priority for the Prince’s government.

Chinese interest in Monaco and the south of France has skyrocketed, resulting in a record number of tourists from the Asian powerhouse since the beginning of the year. So much so that Air China has expanded their service, operating three direct flights per week between Nice and Beijing.

Monaco’s Minister of Finance and Economy, Mr Jean Castellini, explains the recent tax transparency agreement between the EU and the Principality 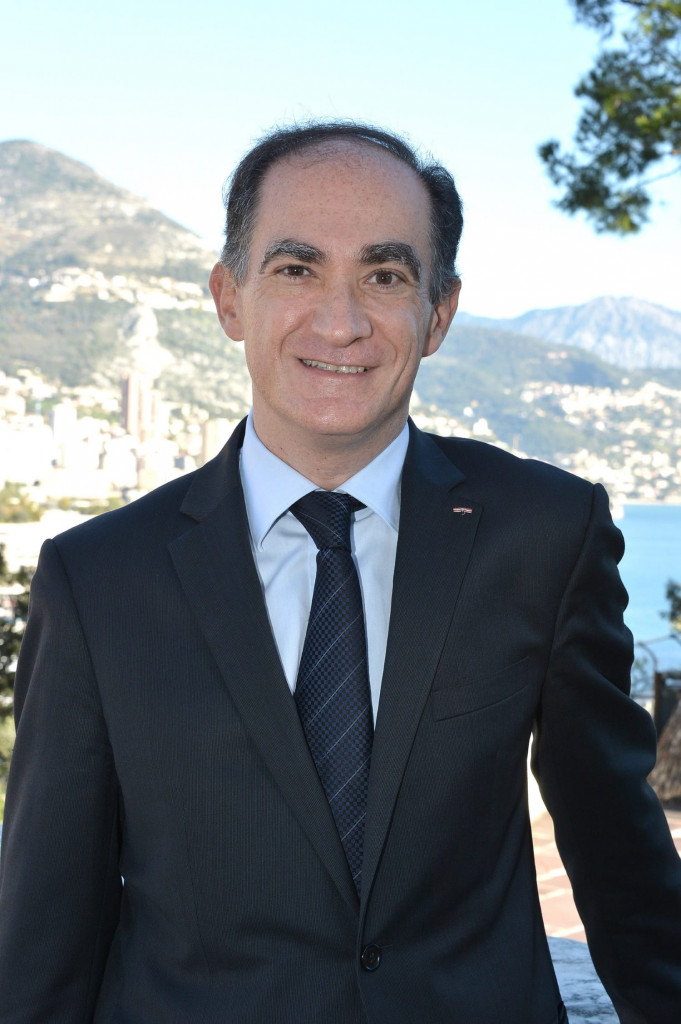 Mr Jean Castellini, Minister of Finance and Economy[/caption] On August 17 Monaco Life ran an item “UK Treasury may root out tax avoidance at source” that reported HM Revenue and Customs is looking at tough new sanctions against those professionals who bend the rules to gain a tax advantage, which could involve a penalty up to 100% of the tax amount avoided. Financial Secretary to the Treasury, Jane Ellison, believes this “will make would-be enablers think twice and in turn reduce the number of schemes on the market”. The crackdown on tax avoidance was revived by public outcry after the Panama Papers in April, which included some 11.5 million documents “exposing the tax secrets of the global elite”, dating back from early spring 2016 to the 1970s. The UK’s European commissioner, Jonathan Hill, told The Guardian that the Panama leak had “shifted public mood”. According to the European parliament, the EU loses up to €70 billion a year through corporate tax avoidance. Within four days of the Panama scandal, the European commission brought forward regulation “requiring multinationals operating in Europe to reveal taxes paid and profits earned in each of the EU’s 28 member states, “as well as fiscal havens”. As Bloomberg said on August 24, “the world’s 20 biggest economies are offering amnesties or incentives for citizens and companies to repatriate funds, some legal, others not”. HSH Prince Albert: “Ethics are not divisible" The tax transparency issue had long been on the EU agenda. Following a series of international “landmark” tax treaties the EU signed in 2015 with Switzerland (May), Liechtenstein (October) and San Marino (December) and most recently with Andorra in February of this year, Monaco’s Minister of State, Mr Serge Telle, signed on July 12 the Amending Protocol to the Agreement between the EU and the Principality of Monaco, providing for measures equivalent to those laid down in Council Directive 2003/48/EC. This was eleven years to the day after HSH Prince Albert II said in his accession speech: “Ethics are not divisible. Money and virtue must be combined permanently. The importance of Monaco's financial market will require extreme vigilance to avoid the development of the type of financial activities which are not welcome in our country.” The head of state added, “To avoid such deviance; Monaco must function in harmony with all those organizations who share the same aim. Monaco must therefore respect the requirements of FAFT-GAFI (Financial Action Task Force on Money Laundering) and the tax authorities and in particular the French and American tax authorities, and respect all the other good practices in the control of financial flows.” The Protocol's impact on residents The Amending Protocol sets out the basis on which Monaco and EU Member States will automatically exchange information on the financial accounts, under the OECD’s Global Standard on Automatic Exchange of Information (AEOI), of one another’s residents from 2018. With the intent to reduce the possibility for tax evasion, the AEOI “provides for the exchange of non-resident financial account information with the tax authorities in the account holders’ country of residence”. The result is implementation of standards such as the United States Foreign Account Taxpayer Compliance Act (FATCA). Monaco had already committed to an automatic exchange of information from 2018 when in December 2015 they signed the OECD CRS Multilateral Competent Authority Agreement (MCAA). Addressing the impact of the recent Protocol on residents, Monaco’s Minister of Finance and Economy, Mr. Castellini, tells Monaco Life, “The Principality of Monaco is currently drafting and implementing the necessary legislation in order to exchange automatically in 2018 information that will be collected in 2017 on all non-residents.” Mr Castellini, stresses, however, that “Monaco residents that are regarded by a Financial Institution as solely resident in the Principality will not be subject to reporting to our participating partners for the OECD or to the EU Member States.” In other words, no information will be disclosed regarding their accounts held in Monaco. Emphasising that Monaco will institute the necessary safeguards for taxpayers’ rights to confidentiality, privacy, secrecy and data protection, Mr. Castellini adds, “The Monaco Government is currently conducting a careful analysis of legal, constitutional and data protection implications of both the MCAA and the Protocol in order to ensure that all steps have been taken to comply with the Monegasque data protection rules.” Article first published September 5, 2016. READ ALSO: UK Treasury may ‘root out’ tax avoidance at source