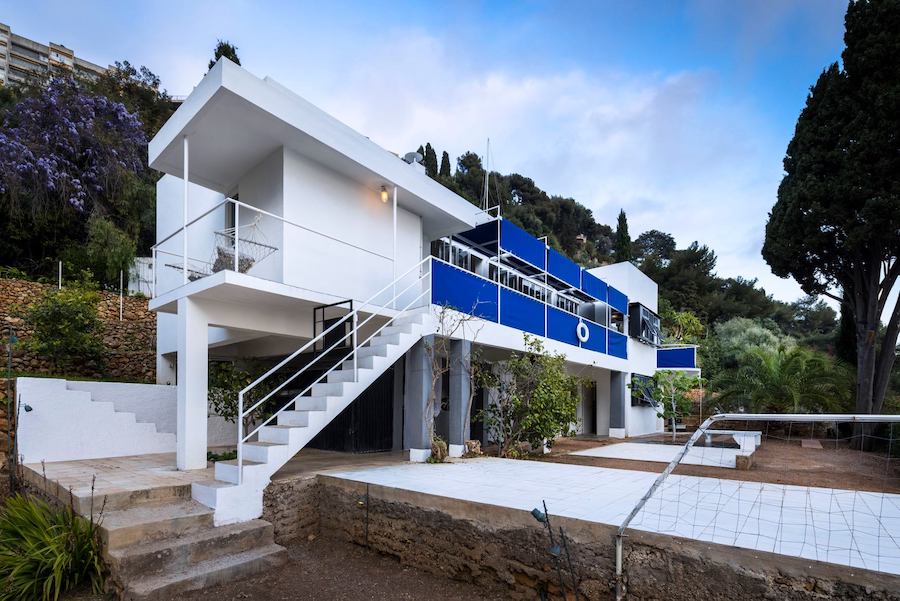 A €6 million project by Cap Moderne to return the famous Eileen Gray villa, E-1027 in Roquebrune-Cap-Martin, to its former glory has been awarded the European Heritage Prize in Prague.

A marvel of the modern movement in the late 1920s, Villa E-1027, conceived and built by Irish architect Eileen Gray, put Roquebrune-Cap-Martin on the map. It’s clean lines and minimalist design were ground breaking and paved the way for many other similar houses in the region.

Sadly, after decades of environmental stress and general neglect, the house was not in the best shape, prompting the association Cap Moderne to take charge of the site and restore this jewel to its former glory.

The project, funded by the Provence-Alpes-Côte d’Azur Region’s Department of Cultural Affairs, the Conservatoire du Littoral and the Getty Foundation USA, has not only restored the house, but has turned it into a museum dedicated to Eileen Gray’s architectural skills, as well as to her talents as a furniture designer. The house boasts upward of 180 pieces made by Gray during her years living there.

At a total cost of more than €6 million, the finished project will be run by France’s National Monuments Centre alongside the Eileen Gray-Etoile de Mer-Le Courbusier Association, presided over by Magda Rebutato.

The extensive renovations included structural repairs using a technique that prevents corrosion of the reinforced concrete exteriors and the use of craftsmen from six different countries who repaired damaged furniture and fittings manually to retain authenticity.