Electric rally cars set to race around the Riviera

Electric rally cars set to race around the Riviera 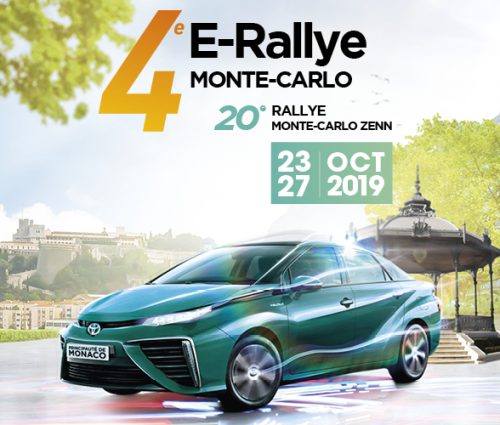 The technical and innovative power of electric cars will be on show during this year’s E-Rally Monte Carlo, which kicks off on Wednesday.

For the fourth year running, the organising committee of the Automobile Club of Monaco is putting on a rally like none other. Restricted to cars that are 100% electric or 100% hydrogen-powered, E-Rally Monte Carlo is an authentic regularity road race that puts these vehicles to the test in a tough environment.

The aim is to promote new automobile technologies designed to limit all kinds of pollution, including fine particles and CO2. They also encourage drivers to adopt an eco-responsible driving style.

Five stages are planned ahead of the finish line in Monaco, with an average speed imposed on competitors. The event begins on Wednesday morning at 7.30am with the usual technical checks, before the big departure scheduled for 2pm, finishing in Valence at 6.30pm.

The second stage will take place on Thursday 24th in Ardèche, starting from Valence, with a leg between Gilhoc-sur-Ormèze and Saint-Barthélémy-Grozon – on some very narrow roads – then Saint-Martial and Burzet, and a third part between Antraigues-sur-Volane and Vals-les-Bains, before returning to Valence in the late afternoon. On Friday 25th, teams head towards the Hautes-Alpes with a stage between Oze and Lardier-et-Valença, then the formidable Digne-les-Bains / Chaudon-Norante and the famous Castellane-Chateauvieux, with cars due to arrive in the Principality from 8pm. On Saturday 26th, they’ll depart from Monaco for a series between Toudon and La Penne, before driving between Conségudes and Bouyon. Finally, the last stage takes place at night, with different events between Sospel and La Bollène-Vésubie, and Lantosque and Lucéram, with an arrival in the Principality at 1.30am Sunday 27th.

Charging stations will be provided along the route by Eborn and EVBox, a historic partner of the E-Rally Monte Carlo.

The cars entered in the rally are new generation vehicles, representing over 10 car manufacturers, all leaders in the market.