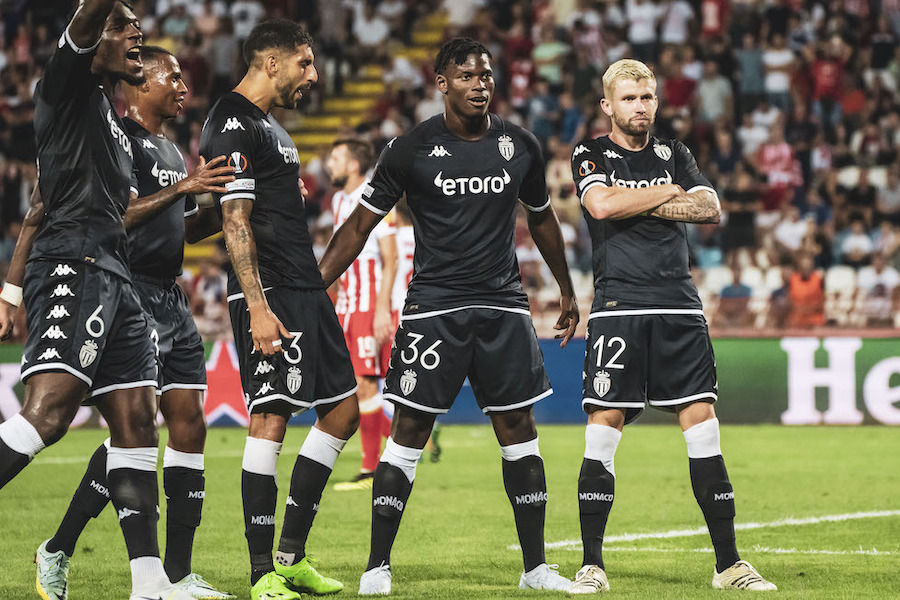 AS Monaco edged a narrow victory against Red Star Belgrade in Serbia on Thursday, as Philippe Clement’s men got their Europa League campaign off to the perfect start.

The importance of the result mustn’t be underestimated, nor should the performance put in to achieve it be undervalued. As Philippe Clement pointed-out post-match, before Monaco’s victory, only one other team has come away with the win from the Red Star stadium in European competition in the last three years.

It is also, theoretically, the club’s toughest fixture of the group stages. Whilst the trips to Ferencváros and Trabzonspor will prove challenging, Monaco have already faced the top-ranked side away.

Just as it was against Nice, Monaco’s game plan was based upon defensive strength and verticality in the transitions. Their first chance came from one such transition. Aleksandr Golovin won the ball back, feeding it into Wissam Ben Yedder, who put Mohamed Camara in on goal, but the Malian international’s effort curled just wide.

It was a game of few gilt-edged chances in the Serbian cauldron, but Monaco still had to rely on goalkeeper Alexander Nübel to make some important saves to keep the scores level.

Monaco got their opener in rather innocuous circumstances. A harmless cross was played over the head of Golovin, who whilst trying to turn and retrieve the ball was clipped and sent tumbling, with the referee pointing to the spot.

Breel Embolo, who scored the only goal at Nice on Sunday stepped up to drive the penalty home and continue his impressive start in Monégasuqe colours. Monaco could have had a second when the referee pointed to the spot again after Embolo was felled in the box. However, VAR replays showed that the Red Star defender had got a touch on the ball and the original decision was rightly overturned.

That decision was ultimately inconsequential as Monaco held on for the victory. Despite the victory, Clement bemoaned Monaco’s end-product, saying that his team “lacked the final ball.” Therefore, despite consecutive victories, there are areas still for improvement. Clement will be hoping that his side has more of a cutting edge when Lyon visit the Stade Louis II on Sunday evening. 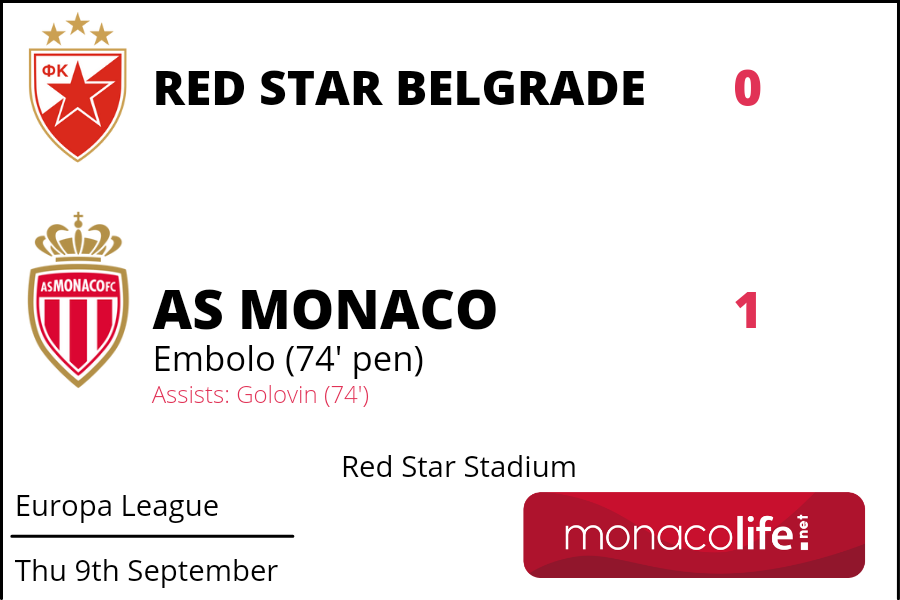