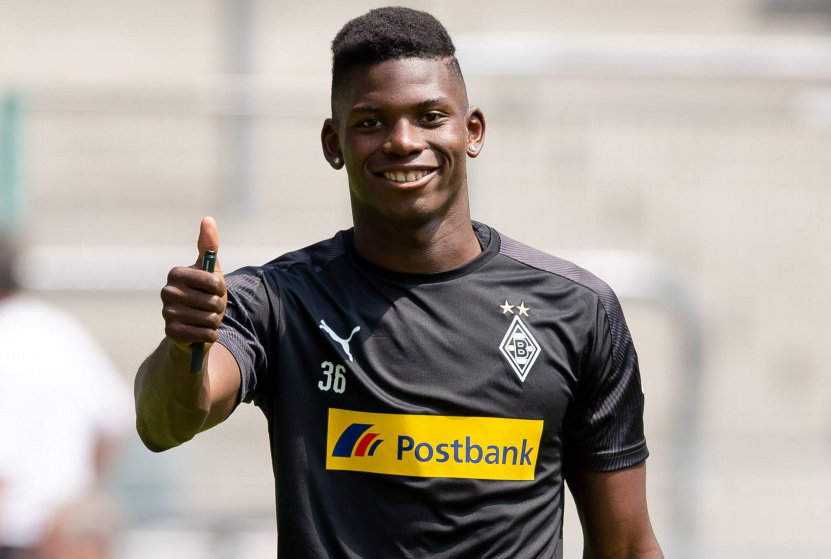 AS Monaco are set to sign Borussia Mönchengladbach forward Breel Embolo for a reported €12.5m fee. He’s destined to join an attacking line that has already been bolstered by the arrival of Takumi Minamino, who joined-up with his team-mates last week.

Whilst there is no official confirmation from either club, the imminent arrival of Embolo on Le Rocher has been reported by multiple media, including L’Équipe. German journalist Patrick Berger confirmed that the Swiss international was in Monaco on Thursday in order to complete his medical ahead of the signing.

The transfer almost certainly rules out a move for free agent Andrea Belotti, which had been reported by multiple Italian publications, but which had been insistently denied by Foot Mercato. Monaco are now stacked in the attacking department although few players are being linked with departures.

At the age of just 25, Embolo has already racked up over 50 appearances for the Swiss international side, scoring nine goals. During the Bundesliga last season, he made 29 appearances and scored on nine occasions. He finished the season in scintillating form, scoring six in his final eight games of the season.

Embolo arrives on a cut-price deal as a result of his expiring contract. With only one year remaining on his current deal, Monaco have managed to snap-up the player at a price below market value.

Embolo is a versatile player, who can play anywhere across the front line. He has both the ability to hold the ball up to bring team-mates into play, as well as the ability to run in behind with his blistering pace. He will also adhere to Clement’s intense pressing system, just as he did at Mönchengladbach under Marco Rose.

After bursting onto the scene at Euro 2016, where he was the youngest – and most exciting – component of Switzerland’s squad, he struggled with injuries at Schalke, but has got his career back on track at German rival Mönchengladbach.

Having signed two players in the forward positions, Monaco are now likely to turn their attention to adding midfield and defensive reinforcements. Despite promising performances from Félix Lemarechal in pre-season, Monaco will inevitably strengthen in the defensive midfield position. Boubakary Soumaré looks like the most likely candidate to replace Aurélien Tchouaméni currently, although the club have also been linked with Amadou Onana and Danilo.

Lecomte back out the revolving door

Sporting director Paul Mitchell said at the end of last season that they “will undoubtedly have a need for another goalkeeper, but the context surrounding that means we will have to wait a bit.” We can therefore assume that any goalkeeping arrival will come towards the back end of the window, which closes on 1st September.

Thomas Didillon, goalkeeper for Monaco’s satellite club Cercle Brugge, went on the summer camp with the Principality side to Portugal and has remained at the club. It is unclear whether he is being considered as an option, but his continued presence at La Turbie and the ease at which he could be brought in certainly make him a very viable option.

That need to strengthen in goal has been exacerbated by the departure of Benjamin Lecomte. The Frenchman had barely stepped back through the door at Monaco having returned from an underwhelming loan spell at Atletico Madrid, before being loaned out once again to Spain. He will spend the upcoming season at Catalan club Espanyol. There is no option to purchase the player permanently within the deal, meaning that when he returns to Monaco next summer, he will have just one year left on his contract.