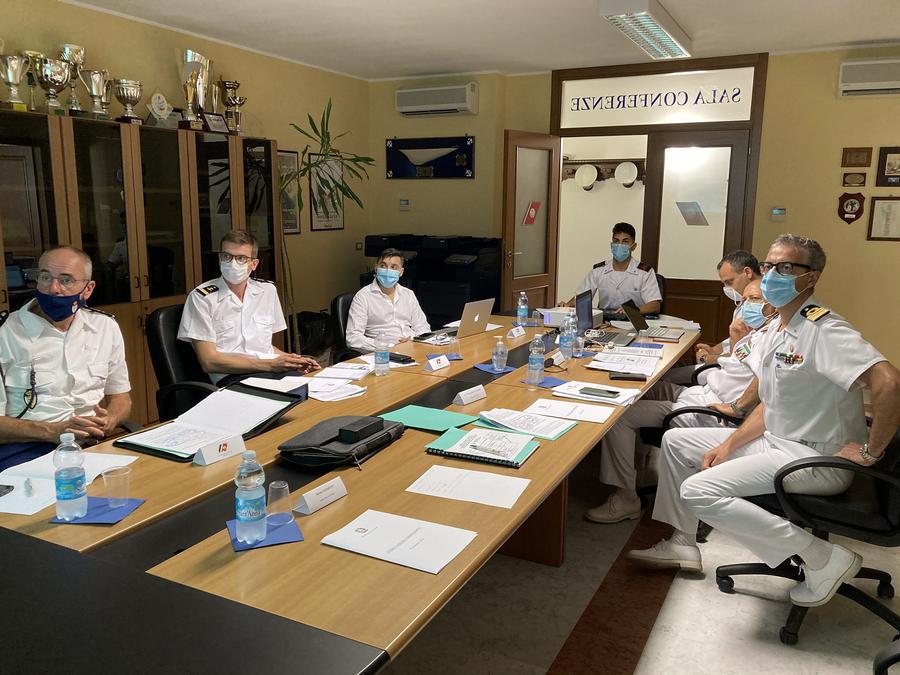 The three countries bound by the RAMOGE Agreement – Monaco, Italy and France, held an anti-pollution exercise off the coast of Sam Remo on Thursday to gauge the responsiveness of participants in the event of an actual major pollution incident.

The Italian Ministry of the Environment and the Italian Coast Guard organised the simulation exercise as part of the RAMOGEPOL response plan. The ongoing health situation prohibited a normal drill to be carried out, and therefore did not include naval and air responses. Nonetheless, the goal was to test coordination efforts and reactions of the Monegasque, French and Italian authorities as realistically as possible in the event of a major environmental emergency.

The created scenario, which was dubbed SANREMO 2020, was a mock-up of an accident between an oil tanker and a yacht off the coast of the Italian town of San Remo. In the simulation, the tanker spilled a large amount of oil, threatening the Ligurian, French and Monaco coastlines. The reaction to this danger led to the activation of crisis centres in each country and a video conference with the relevant authorities.

The exercise allowed the players to ensure several stopgaps were in place, such as good communication between the RAMOGE state authorities, the competence of the oil spill drift forecasting model, and the timely mobilisation of the Mediterranean Assistance Unit, REMPEC.

These exercises take place every year in a different location and are designed to optimise the effectiveness of the emergency resources at each country’s disposal in the fight against marine pollution.

In practice, the organisation was put to the test in October 2018, when a ro-ro vessel, the Ulysse and the container ship, Virginia, collided off the coast of Corsica.

RAMOGE, an acronym coming from the original geographic area the agreement covered, Saint RAaphael in the west and MOnaco and GEnoa in the east, and was formally organised in 1976 as an agreement between the three nations to come to the aide of the other in the event of any coastal environmental disaster within the regions. In addition to being first responders, the agreement also acts as an instrument for scientific, technical, legal and administrative cooperation efforts that implement actions and proposals that assist in integrating coastal management plans.

Next year, the RAMOGEPOL exercises will be organised by the Mediterranean Maritime Prefecture.