End of an era in Cap d’Ail

End of an era in Cap d’Ail 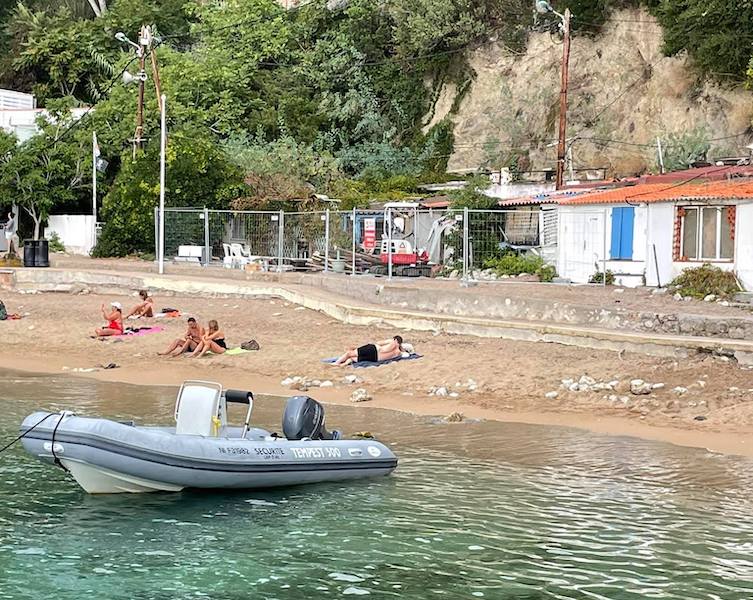 The legal battle for Plage Mala has come to end with the forced demolition of eight cabins that have been deemed illegal on the site since 2019.

The cabins that inhabited the peaceful cove at Plage Mala are being demolished by the owners after a prefectorial decree landed the final blow to their legal fights.

The State summoned the property dwellers to the Prefecture insisting they destroy the illegal structures or they would step in and do it for them. To prevent this, the occupants took matters into their own hands and have begun demolition works themselves.

The site has been the source of legal trouble since a decree in October 2019 that stated private dwellings at this location were not permissible as they encroach on the maritime public domain. They were ordered to be destroyed after 10 total proceedings by a judge.

Since Monday, excavators have been on the beach and in recent days, five of the eight huts have been emptied by the reluctant owners.

“These are 70 years of history that are going away,” Dorian Botticini told France3. “Our heritage, our identity. It’s kind of what hurts, we have more identity in this country, we have more history. Tourists were happy, with my grandfather, we made bouillabaisse, fish soups, tourists were amazed by the smells, many personalities often came to the shed. Now everything is standardised.”

After 10 years of court cases, his cabin was demolished on Tuesday at a personal cost of €32,000.

The three hut owners who did not comply with the court’s request will have the structures destroyed in the next few months, with the State sending them the bill for the costs.

“Since 31st August 2021, the Departmental Directorate of Territories and the Sea (DDTM) had given this date for the demolition and evacuation of property and the restoration of natural sites. On 20th September, a report of bailiff noted that three sheds did not implement this demolition,” explains Stéphane Liautaud, divisional engineer of state public works at DDTM des Alpes-Maritimes.

He goes on to say, “Five other offenders implemented it with a company of their choice and demolished their own sheds. At the level of the other three sheds, they will be the subject of automatic works, the state will implement the evacuation of the goods and furniture.”

Restoration of the site as a natural reserve will begin in December.

In a precursor to the demolitions, a petition had been launched to save the structures. It collected 1,438 signatures, but it was clearly not enough to sway the courts on the matter.

La Réserve de la Mala and Eden Plage, the two restaurants on the same site, have also been fighting battles in court. This summer, the Nice Administrative Court rejected their latest pleas to be spared. They, too, will be forced to demolish their establishments.

Neither restaurant has been legally operating on the spot since 2011. They intend to appeal the decision.