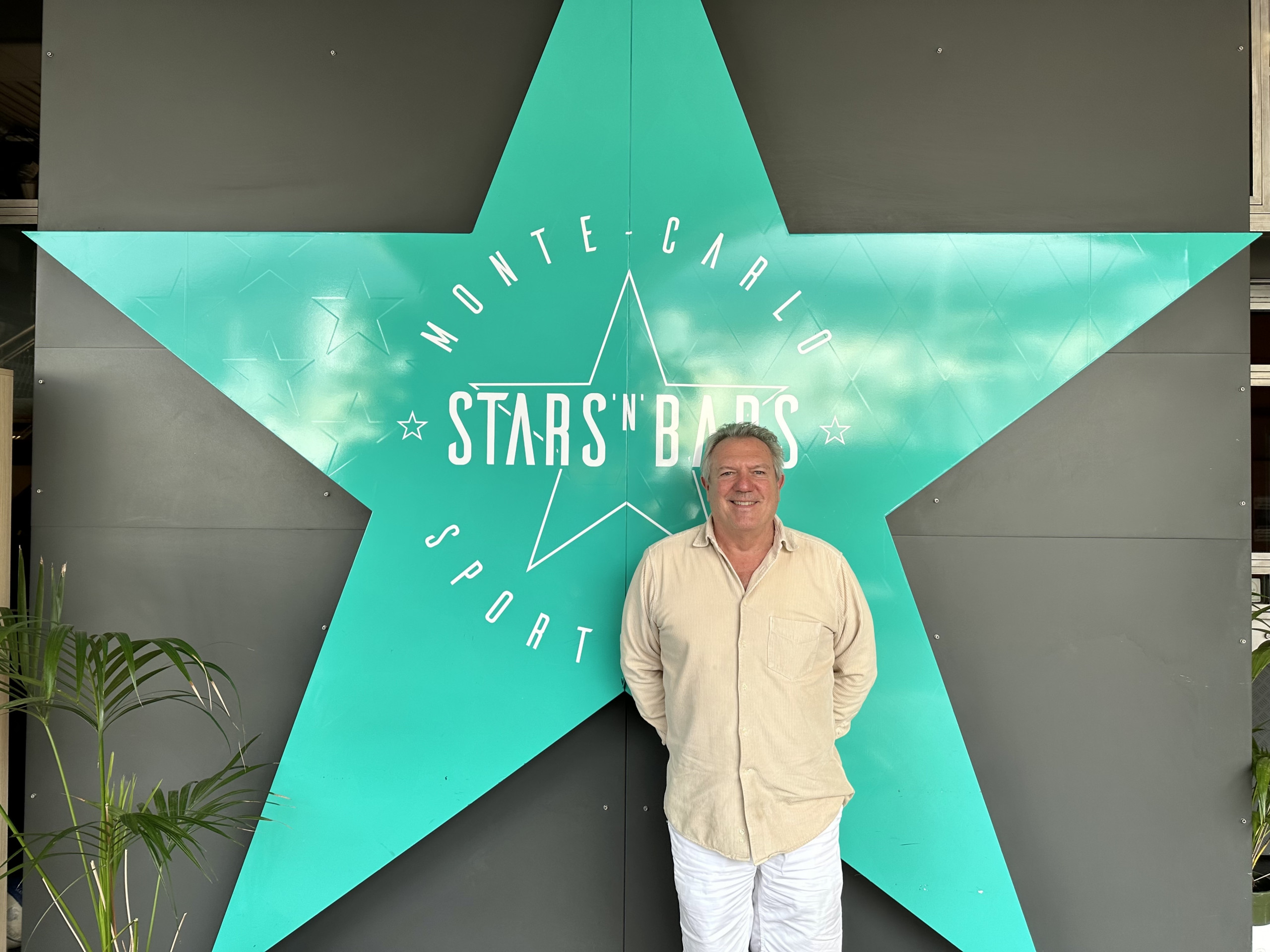 One of Monaco’s most iconic restaurants, Stars ‘n’ Bars, is closing after 30 years. But while the city’s first family-friendly restaurant and international sports bar will be no more, there is another exciting project in the works. Owner Didier Rubiolo tells us more.

The news broke publicly on Monday 28th November with a sign on the landmark star telling patrons that these will be the last two months of the bar and restaurant as we know it.

“I have been very, very happy with Stars ‘n’ Bars,” Co-Founder Didier Rubiolo told Monaco Life before the announcement. “It has been an honour to serve millions of guests from all over the world and we especially want to thank the Monaco community for its amazing support.”

The restaurant-bar will close in January 2023, exactly three decades after it was opened by Didier Rubiolo and Kate Powers, who sadly passed away in 2021. The pair had recognised in the early 90s that, despite Monaco’s jet set image, there was a real community of working mothers and fathers here who wanted somewhere fun and reasonably priced to eat with their kids.

Overlooking luxury yachts on Port Hercule, and right next to the team paddock of the famous Monaco Grand Prix, Stars ‘n’ Bars was also a big drawcard for the many celebrities that frequented the Principality.

“I remember, Chuck Berry came the first night we opened. After one and a half months, Prince came and did two concerts here, one private and one public. I was thinking, ‘Wow, this is amazing’,” says Didier, smiling. “One night, Stevie Wonder came with his musicians and team after playing at the Sporting. He said to Kate, ‘If you give my team American food, I will play for you tonight.’ So, we fed them, and he played for one hour. That happened so often here.”

The memories are clearly more than Didier can articulate. He remembers the time that Sean Penn came in to eat with a friend and was barely recognised by anyone until he got up to leave; when Celine Dion dropped in to say hi; and how Claudia Schiffer would come for brunch on the terrace when she used to live in Monaco.

Many of these moments were captured on camera and adorn the walls of the huge three-story establishment. They sit alongside an enormous array of sporting memorabilia – an actual F1 racing car donated by two-time world champion Mika Hakkinen, jerseys from Magic Johnson and Michael Jordan, footballs and uniforms signed by Pele and SuperBowl pros, as well as rackets, balls and photos given by Nadal, Federer and McEnroe. Prince Albert II of Monaco himself donated the first sporting memorabilia to Didier and Kate, the bobsleigh he raced in at the Winter Olympics.

It will all be auctioned off, save for a few, and Didier now has the difficult task of documenting everything for sale.

But Stars ‘n’ Bars has been more than a magnet for celebrities and hungry families. It has been a pioneer in the sustainable development goals of the Principality. It was the first in Monaco to say no to plastic straws, bottled water and non-biodegradable containers. 100% of the electricity comes from renewable energy sources, and they even have their own fleet of electric vehicles.

Kate and Didier also joined other eco-conscious activists in Monaco to create Monacology, an annual week-long educational experience to help school children learn how to respect their planet.

“We all need to accept that climate change threatens the planet and our children’s lives. Kate and I decided that we wanted to raise conscientiousness about that threat and help the community find solutions,” says Didier. “It will be sad to say goodbye to Stars ‘n’ Bars after 30 years, but it’s time to create something even more special.  We will be releasing details of a new project soon and we can’t wait to take the next step!”

Without divulging too much information, Didier reveals that the new restaurant will have a very strong eco-friendly emphasis, and will look very different to how it does now.

In the meantime, the restaurant plans to celebrate its 30 years of service by organising special animations over the next two months, including reintroducing popular “nostalgia” dishes from the past that are no longer on the current menu.

The Stars ‘n’ Bars team will also share videos and flashback images from unforgettable events over the last three decades on its social media sites, including Halloween, the 4th of July, Monaco Grand Prix, a concert by Prince and surprise visits by international celebrities.

Photo opportunities will be staged for visitors who want to be immortalised as part of the famous restaurant décor and atmosphere before it disappears forever in January.

In addition, customers will be invited to post their favorite SNB memories, which will serve to create a permanent “living history” of Stars ‘n’ Bars on the internet.