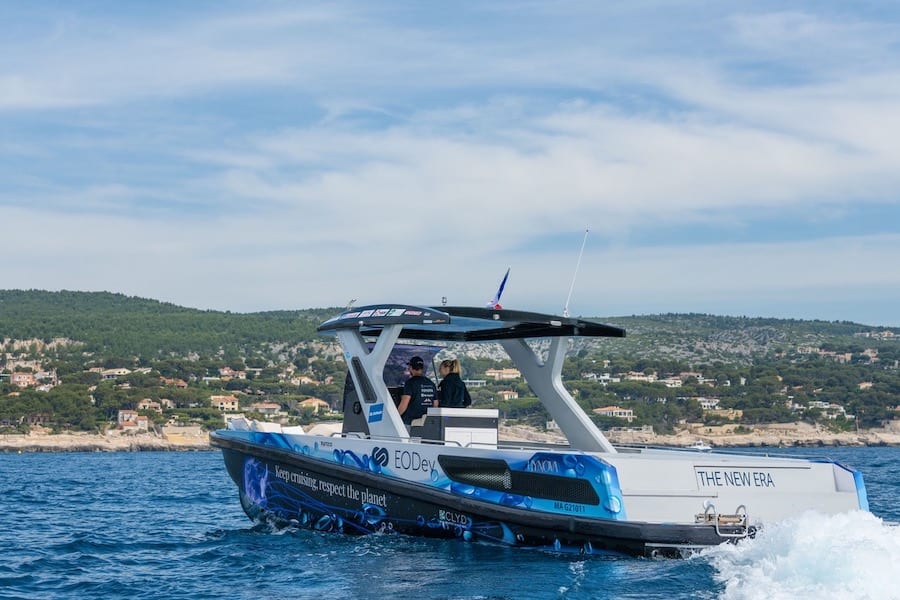 The Monaco Energy Boat Challenge is returning to Monaco to give young engineers and inventors a chance to showcase their latest innovations in alternative boat propulsion systems.

Ocean protection has been a priority in the Principality for over a century and as the times have changed, so has the way the country has gone about helping facilitate options that make the boats that use the seas cleaner, safer and more sustainable.

This philosophy is what lies at the heart of the Monaco Energy Boat Challenge. Since 2014, the Yacht Club of Monaco, in collaboration with the International Powerboating Federation (UIM) and the Prince Albert II of Monaco Foundation, have joined forces to put on this unique event.

From 6th to 10th July, participants will present the latest technological advances in the field of alternative propulsion systems for boats, amounting to no less than trials by fire at sea and meetings onshore to discuss the possibilities.

The event includes not only the presentations of the innovations in propulsion systems, but also a full-day conference, daily “tech talks”, round tables and an exhibitor’s village which is open to the public.

The challenge was taken up by 32 teams, 22 of them from universities, hailing from 17 different countries. They have come prepared to put their boats to the test during three days of trials. The public can observe from the Solarium of the main harbour wall, free of charge. To add to the fun, there will be a parade, sea trials, speed record attempts, endurance laps, manoeuvrability challenges, slalom and fleet races and a 16 nautical mile race from Monaco to Ventimiglia and back.

The gruelling schedule will fill the programme for competitors who will be coming from Monaco, neighbouring France and Italy, many European countries and others from much farther afield, such as the United Arab Emirates. China, Peru, South Africa and Indonesia also have entries, though due to the health situation, will be forced to participate online.

There are three categories that each participant falls under. The first is the Energy Class, which has a total of 16 entries, 11 of which are from Monaco. The contestants in this category are required to use a pre-determined amount of energy to optimise the performance of their catamaran, each having been given the exact same model of boat by the Yacht Club. They are free to use any energy source they prefer to fulfil the goal, but it must be alternative.

The Solar Class is just as one would expect – for propulsion systems that run entirely by the sun.

The Open Sea Class is open to boats already on the market or that are poised to launch imminently. This offers them a great chance to show how their vessels perform in real life and is in effect a proper sea trial.

The biggest news is the focus this year on hydrogen energy. Considered clean and sustainable, nine teams have gone this route, including an entry from a partnership between the Yacht Club of Monaco, the Prince Albert II Foundation and the Monaco Energy Transition team.

SBM, who also have an entry in the Energy Class, will be demonstrating a floating pontoon that produces hydrogen from a renewable energy source, namely solar, via solar panels as well as hydraulic energy via a tidal turbine.