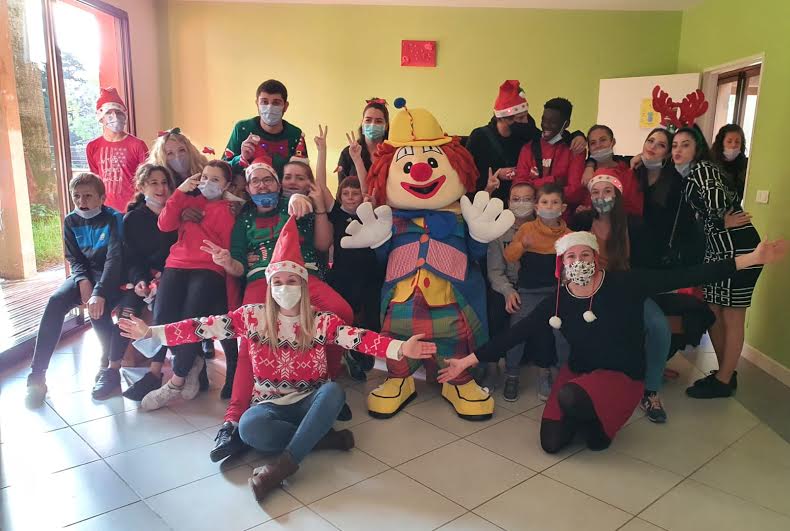 Frankie’s Christmas is usually a much-anticipated event for the two thousand sick or underprivileged children normally invited, and though the charity was forced to cancel most of its December events, they still managed to deliver some Christmas cheer.

This year, nothing is “normal”. But despite that, the Monegasque association Les Enfants de Frankie still distributed nearly a thousand gifts to children in need of a bright spot during the holidays.

On 16th December, the volunteers of the association took to the streets delivering gifts to the homes and institutions of needy kids between Menton and Cannes. Though not the usual party they have given in the past, the effort brightened the day of children who may have few other reasons to smile.

As an additional bonus for young people being treated at the Frejus Hospital, Les Enfants de Frankie is paying for a new minibus with a price tag of roughly €26,000. The young people being cared for in this hospital’s Arobase Care unit suffer from illnesses such as anorexia, suicidal thoughts, self-harm, bulimia, addictions and anxiety.

Those treating these youngsters have seen a rise in admittance and have found that group projects with outdoor experiences have been quite beneficial in the process of resocialisation, but until now, they have been without reliable transport, severely limiting what they can do to help the children.

Delivery of the new bus is scheduled for February 2021 and will be emblazoned with Frankie’s signature clown, allowing more frequent outings. The hope is that more positive mental health will emerge from the chance to spend time in nature.

Founded in 1997, Les Enfants de Frankie has been helping sick, disabled or underprivileged kids in Monaco and the surrounding region. Since inception, over 122,000 children have been touched by their help.