Enthusiastic welcome for Sovereign Prince as he follows in ancestors’ footsteps 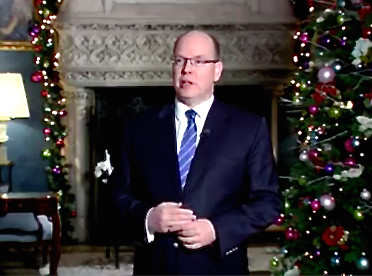 As part of His regular visits to territories with historic ties to His family, HSH Prince Albert II went to the Essonne Department of France on June 19 for a friendly visit tracing His ancestors’ local connections.

The Princes of Monaco bear, among others, the historical titles of Count of Longjumeau, Baron of Massy and Marquis of Chilly, inherited from their ancestor Honoré IV through his marriage to Louise d’Aumont-Mazarin in 1777, which produced two Princes of Monaco: Honoré V and Florestan I, the latter being HSH Prince Albert II’s great-great-great-great-grandfather.

The Sovereign Prince was enthusiastically welcomed in the towns of Longjumeau, Massy and Chilly-Mazarin.

Greeted at the Château du Clos Saint-Cyr de Longjumeau by mayor Sandrine Gelot and members of her town council, the Prince discovered the Biodiversity Zone in the adjoining Nativelle Park. With its greenhouses, landscaped garden, pond and Maison de l’Abeille (Bee House), it was renamed Albert II of Monaco Biodiversity Zone. With the CME (Children’s Town Council), the Sovereign planted an olive tree, before visiting an exhibition prepared by Renaissance et culture, the local heritage association.

In Massy, the Prince was greeted in the wedding hall at Town Hall by mayor Nicolas Samsoen, town council members and Vincent Delahaye, former mayor of Massy and vice president of the French Senate. He visited the Opéra de Massy where the Opéra de Monte-Carlo will perform Giuseppe Verdi’s Rigoletto in May 2019. This opera house is also home to an educational facility for children, now called “Espace Pédagogique Prince de Monaco”.

The Prince then proceeded to Chilly-Mazarin, where the Town Hall stands in the Park of the Sovereign’s ancestors’ old château. Greeted by Mayor Jean-Claude Beneytou and town council members, the Prince attended a benediction in the Saint-Étienne church, recently restored with the Sovereign’s support. The tombs of the Princes of Monaco’s ancestors are there and a stained-glass window, offered by Prince Albert I, bears the inscription In memory of the Princes of Monaco, last seigneurs of Chilly.

After the benediction, the Prince, the mayor and schoolchildren planted two olive trees in front of the church before the inauguration of an exhibition hall in the Town Hall named for Louise d’Aumont, Marquise of Chilly.

The Prince visited an exhibition there on the ties between Chilly-Mazarin and Monaco. A book has been published to mark the occasion, Des Seigneurs de Chilly aux Princes de Monaco.
This day ended with a symphonic concert offered by students from the Conservatoire de Chilly-Mazarin/Longjumeau.

HE Robert Fillon, Ambassador to Italy, and
Mr Giovanni Puoti, Monaco Consul in Ancona Photo: DR[/caption] The Honorary Consulate of the Principality of Monaco in Ancona, in Italy’s Marche Region on the Adriatic Coast, was inaugurated on March 13. To mark the event, Professor Giovanni Puoti, the newly appointed Consul, held a reception to which representatives of the civil and military authorities as well as the Consuls of the other countries present in the region were invited. HE Robert Fillon, Ambassador of Monaco to Italy, spoke on behalf of the Monegasque authorities and conveyed a message from Gilles Tonelli, Minister of Foreign Affairs and Cooperation, in which he recalled the importance the consular network in promoting the Principality abroad and stimulating exchanges in the economic, cultural and tourist fields. The inauguration continued with the official designation of three new Monaco Business Tourism Ambassadors for the Marche Region, a project led by the Directorate of Tourism and Congresses with the active support of the Embassy in Italy, aimed in particular at developing partnership in events with an economic purpose, was also presented. The day included a round table – with participation of local representatives of employers, professional bodies and elected officials participated – during which Diego Bonaventura presented, on behalf of the Monaco Economic Board, the opportunities for investments in the Principality, the rules for setting up businesses in Monaco, and the tax regime resulting from agreements between Monaco and Italy. The Consulate of Monaco in Ancona covers the Italian Regions of Marche, Lazio and Molise.