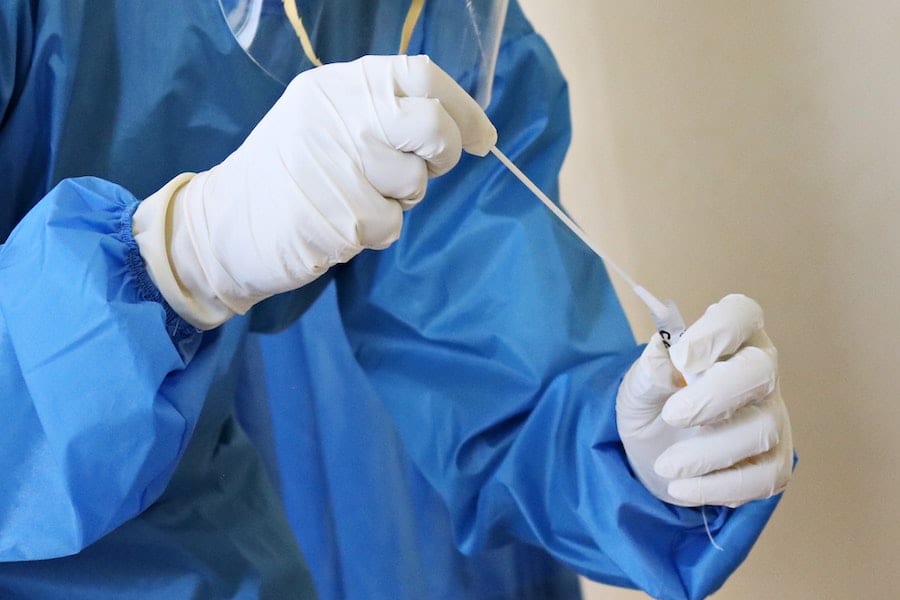 In a first for Nice Côte d’Azur airport, over a hundred passengers were given PCR tests upon landing in the French Riviera on Monday, marking the start of a new world order in Covid travel.
The 101 passengers were entering France on a flight from Tunisia and, after disembarking on the tarmac at Terminal 2, were bussed to Terminal 1 where they were asked to present to border control police travel certificates verifying a valid reason for entering the country, and a negative PCR test of less than 72 hours. According to a report by Monaco Matin, they were then asked to complete an information document with contact details before they were given another PCR test.
The passengers were escorted back to Terminal 2 where they collected their belongings and sent on their way.
“We were warned that we were going to be tested during boarding, but why? We had already taken a test before leaving,” one traveller told the newspaper.
Controls have been tightened since last August and rapid testing has been in place since November, with a focus on flights arriving from red or dark red countries such as Tunisia and Turkey.
This past month, airport services have been making random antigen tests on passengers coming in from outside the EU in an effort to control the spread of the virus and its variants, with a focus on the United Kingdom, Turkey, Morocco, Russia and Tunisia.
Now, the airport says these random controls will also occur on flights coming from other Schengen countries, with only children under 11 years of age exempt.
“With the arrival of variants and the increase in the number of cases in the Alpes-Maritimes department, we are carrying out random checks on entire flights,” said Hélène Navarro, communication director of the airport.
PCR tests are now being used in place of rapid antigen tests because they are the only sure-fire way to detect which variant a person is carrying.
The problem is that results do not appear for eight to 12 hours. Those who test positive will be recalled to the regional health authorities for further instruction.