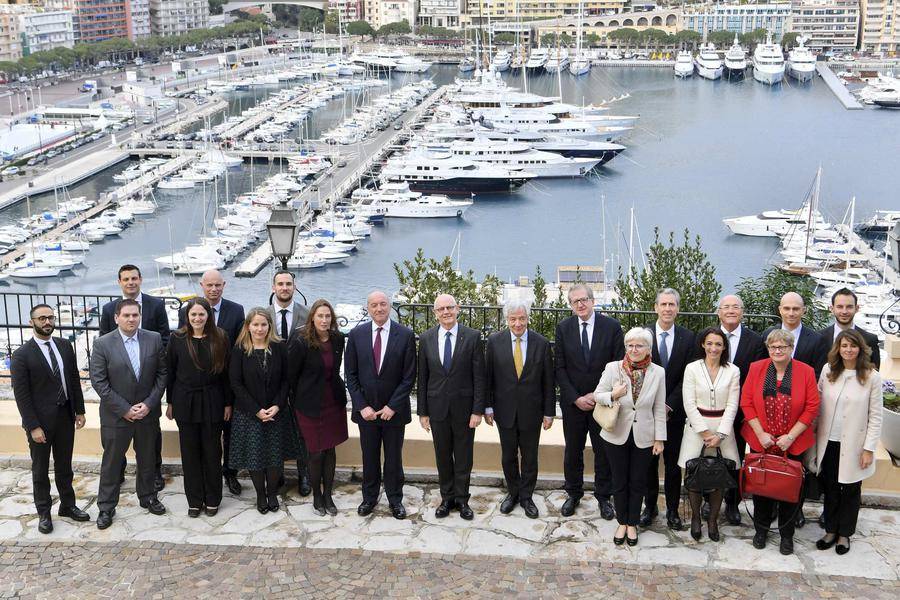 A delegation from the European Union (EU) visited Monaco on Tuesday 12 February to participate in a series of technical meetings focused on an Association Agreement between Monaco and the EU.

The EU delegation was led by Thomas Mayr-Harting, Executive Director for Europe and Central Asia in the European External Action Service (EEAS), and Chief Negotiator of the European Union (EU) for the EU Association Agreement with Andorra, Monaco and San Marino.

In particular, he was accompanied by Claude Maerten, EEAS Executive Negotiator and Lucio Gussetti, Senior Legal Adviser, Head of the CFSP and External Relations Team at the European Commission.

On the sidelines of this work, the EU delegation was received at the Residence of the Minister of State for a lunch, followed by an interview between Serge Telle and Thomas Mayr-Harting.