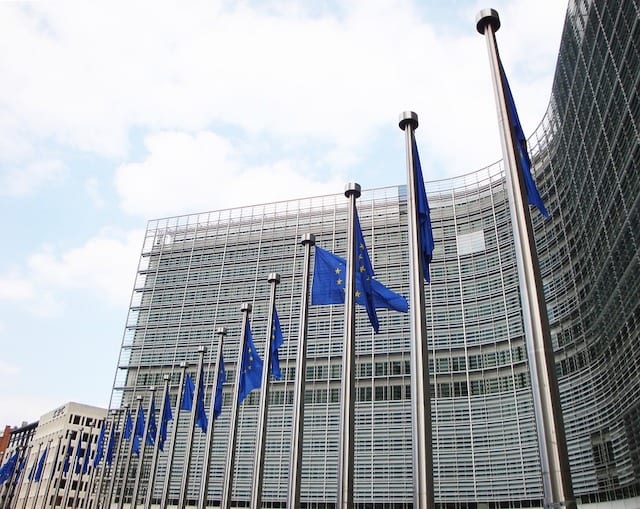 The European Commission has issued a new, and somewhat controversial, European budgetary proposal that includes a recovery fund to help coronavirus-battered economies rebound in the coming months and years.
The recovery plan, thrashed out with French President Emmanuel Macron and GermanChancellor Angela Merkel, is raising some hackles within the EU as it heads into uncharted waters.
The main sticking points for some countries include the way the measures will be allocated. In the plan, there will be transfers of money across the 27-nation bloc, as well as the creation of a system that entails financing through debt issued in the bloc’s name.
In order to make the recovery package a success, the EU Commission must find common ground with EU leaders and forge compromises that will satisfy the involved parties. This is no easy feat, as different countries in the Union have wildly different economic philosophies, making compromise rather tricky.
The package put forward is to be comprised of a mix of grants, guarantees and loans that come to a grand total of €1 to €2 trillion over the next few years. Only a small portion of this will be cash in hand, the rest will come in the form of financial wizardry, such a leveraging.
A point of contention is sure to be how much money comes in the form of loans and how much in grants. France and Germany think €500 billion in grants is fair, whilst “the frugal four” – the Netherlands, Austria, Denmark and Sweden – think it should be a “loan only” situation coupled with reforms.
The Commission is proposing both, pitting more fiscally conservative countries against those who have a more socially-minded approach. How the EU leaders handle this will be interesting in terms of setting new standards and forging bonds that will last far into the future. The Commission hopes to allay fears of the more conservative countries by attaching strings that include the recipients using “sound economic policies and structural reforms.” This sounds logical, but could be contentious for the hardest hit places, namely Italy and Spain, who dislike the idea of northern countries dictating their policies and holding purse strings.
Loans would be paid back over time, just like individuals paying off a mortgage, but the grants would essentially be “free” money. The question of the legality of obtaining this money is still up for debate, primarily because the EU is not allowed to run at a deficit and this would surely incur debt.
A possible solution to this thorny problem creates some problems of its own. A new tax could be assigned on future revenues after 2027 to repay what the Commission borrows now. Some governments will not like this, as it looks suspiciously like fiscal integration, something some are not ready for.
If a new tax can’t be agreed upon, then the repayments could also be made via higher national contributions to the long-term budget.
The funds would have to be spent on what the EU deems long-term priorities, such as becoming carbon-neutral by 2050, digitalising the economy and investing in innovation and research.
The European Commission holds a triple-A rating, so obtaining money would not be difficult. It simply uses government guarantees from the joint EU budget as security. The money would be made available as soon as possible, over the next two to three years, though the complexities and newness of such an endeavour means that it possible no one will see any help until 2021.
Though the proposal is just that, not a line in the sand, the leaders who would normally veto such a plan outright will have to tread carefully. No one wants to be seen as the bad guy who scuppered a plan Europe urgently needs in the midst of a pandemic. The weight of France and Germany will be heavy, and the consequences of getting their way, if they do, will have long-term repercussions. In fact, the passing of the plan could mark a shift in EU integration binding the Union together in ways hither-to-for not seen.