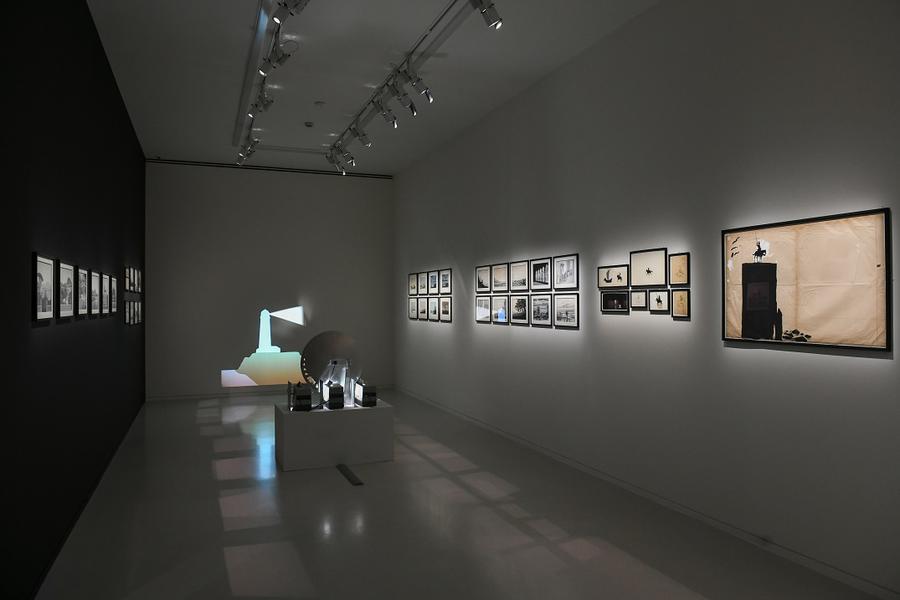 The New National Museum is hosting Luminous Decors, an exhibition by artist Eugène Frey, a true pioneer from the early days of cinema and shadow theatre, and of João Maria Gusmão, whose work is inspired by the “magic lanterns” of old.

Luminous Decors is a celebration of the work of painter-cum-visual artist Eugène Frey.  Frey was born in Brussels in 1864 and found himself immersed in the world of the theatre and burgeoning cinema industries that were quickly changing the way people were being entertained.

Near the turn of the 20th century, he developed a unique process of “transforming light sets” that soon became the gold standard for theatre and operatic stages. Using an elaborate system of projection lanterns that simultaneously diffused light onto a series of painted glass paintings, he created the first moving decoration, a completely innovative thing at the time.

He was soon scouted by Raoul Gunsbourg from the Monte-Carlo Opera, and they continued their work together for the next quarter century.

Portuguese artist Gusmão has long been fascinated by the old techniques using magic lanterns for projection. Using his works and Frey’s combined, the Chief Curator of the New National Museum, Célia Bernasconi, has brought both artists creations together to put on this event.

The exhibit spans three full floors of the museum and will give the public a glimpse at various Frey productions, from shadow theatre to major works for the Monte-Carlo Opera, notably huge hits of the time such as ‘Valkyrie’ and ‘La Damnation de Faust’, all dialoguing with the colourful projections of Gusmão.

The show runs until 20th May.