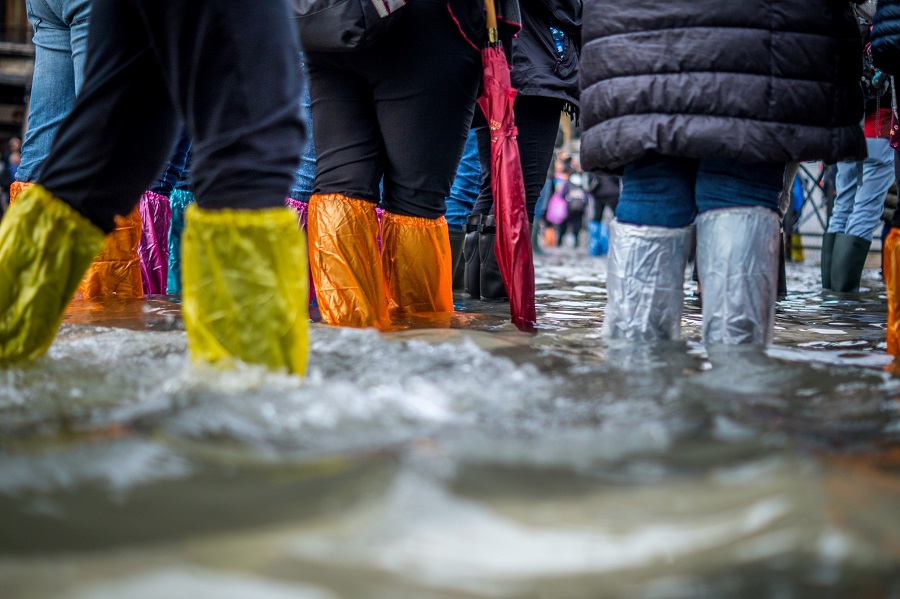 Temperatures in Europe have increased by more than two times the global rate in the past three decades, according to an alarming report put out by the World Meteorological Organization. In a climate paradox, however, floods and storms are causing the most economic damage.

The extreme weather seen in Europe during the past few years is unlikely to end any time soon. High summer heat, wildfires, droughts and floods are going to become norm rather than exception, says an alarming report by experts at the World Meteorological Organization (WMO), which has identified a warming trend that is more than double the worldwide average.

“The State of the Climate in Europe” report, produced jointly with the European Union’s Copernicus Climate Change Service, found that Europe has warmed at an average rate of 0.5ºC per decade over the last 30 years. This means that alpine glaciers lost roughly 30 metres of ice thickness between 1997 and 2021.

“Europe presents a live picture of a warming world and reminds us that even well-prepared societies are not safe from the impacts of extreme weather events,” said WMO Secretary-General Petteri Taalas.

In 2021, weather and climate events led to hundreds of fatalities, directly affected more than half a million people and caused damage in excess of 51 billion euros. About 84% of these events were floods or storms.

But the report isn’t all doom and gloom. Several European nations have been slashing greenhouse gas emissions, with the EU seeing a 31% decrease between 1990 and 2020. The aim is to reduce even further, with a target of 55% reduction by 2030.

Europe is also one of the most advanced regions in cross-border cooperation in climate change adaptation, notably when it comes to transnational river basins. It is one of the world leaders in providing effective early warning systems, with about 75% of people protected.

There are valid reasons why Europe has warmed more quickly than other parts of the globe. It has a high percentage of land mass, which warms faster than sea. The Arctic and more generally the high northern latitudes are the areas seeing the fastest warming globally and a large part of Europe resides in these northern locations.

“European society is vulnerable to climate variability and change, but Europe is also at the forefront of the international effort to mitigate climate change and to develop innovative solutions to adapt to the new climate Europeans will have to live with,” said Carlo Buontempo, Director of Copernicus Climate Change Service, European Centre of Medium-range Weather Forecasts (ECMWF).