European Day for the Protection of Children: Monaco delivers a Declaration 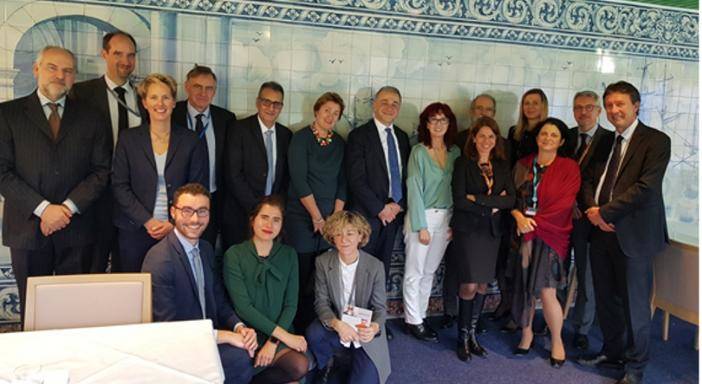 The theme of this day is, this year, that of sexual violence in sport.

This Declaration, which the Principality co-authored with the Principality of Andorra, Belgium, Luxembourg and Slovenia, recognizes that sport is the bearer of values ​​essential to life in society and must be a source of flourishing for children.

It also notes that around 1 in 5 children are victims of sexual violence and that States must pursue the objectives set by the Council of Europe, in particular by relaying the ‘Start to talk / Breaking the silence’ initiative.

It was supported by thirty-seven member states of the Council of Europe.

To mark this occasion, Gloria Viseras, a former Spanish Olympic gymnast victim of sexual violence during her childhood, shared her testimony.

Ms. Viseras, who had previously appeared before the Committee of the Parties to the Convention on the Protection of Children against Sexual Exploitation and Sexual Abuse, is now dedicated to combating such violence and assisting victims.

Previous articleVROOM – leading tech industry catalyst in Monaco
Next articleInauguration of the Agora: the diocesan house of Monaco
Staff Writer

Local News Stephanie Horsman - October 30, 2020
AS Monaco Basketball has had a week of change, loss and uncertainty.

Lifestyle & Wellbeing Stephanie Horsman - January 20, 2022
A 72-year-old has become the latest Covid victim in Monaco, and the third in just over a week.