Everything you need to know about the Circus Festival

Everything you need to know about the Circus Festival 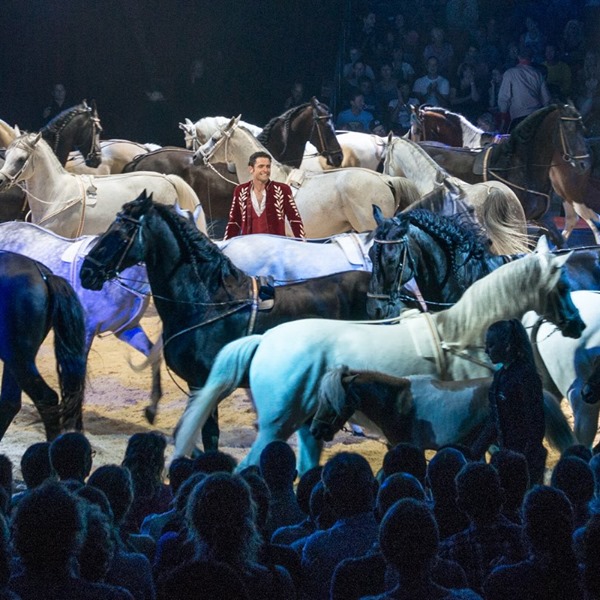 The Principality is transformed each January into the circus capital of the world with a series of big top related events and exhibitions for both the young and young-at-heart to enjoy.

The Monte-Carlo International Circus Festival is back celebrating its 44th year in the Principality from 16th to 26th January. This year, horses will be spotlighted as the horsemen from the Swiss National Circus Knie will present their steeds to the audience, leaving them in awe and respect for these noble creatures.

Of course, a circus wouldn’t be a circus without hilarious clowns, amazing acrobats and a myriad of other international acts, including a flying plate act from China, all culminating in the best of the best being presented with the Golden Clown Awards for 2020.

In addition to the circus itself, there will be circus-related events taking place all over town.

The Marriott will be hosting the European Circus Association and World Circus Federation meetings on Friday 17th January.

On Saturday 18th January, the famous Clowns en Folie will be performing at the Condamine market from 11am. Additionally, from 3pm to 4pm, the public is invited to come see ‘Animals at the Circus’, a special inside look at how the circus’s horses are trained by Freddie Knie, junior of the Swiss National Circus Knie. Entry is free and open to all.

Monday the 20th sees the ecumenical ceremony performed under the tent at 7pm, followed at 8.20pm at Stade Louis II by a distinctly unique, and most likely comical, football match between the Prince’s Barbaguians team and the International Team of Circus Artists. The teams will have backup by some of the soccer world’s great players and all proceeds will go to Fight AIDS Monaco. Entry is free with the presentation of a circus ticket or €5 without.

More than 800 local students from 32 classes have been asked to join performers in the marquee on 23rdJanuary, attending a rehearsal and seeing what it is like behind the scenes at the circus.

Fast forward to 1st and 2nd February for the 9th annual New Generation Festival, the only competition in the world for young and upcoming new artists on the circus scene.

In addition to the events, there are a number of exhibits pertaining to the circus, including one by Claude Draimbourg at the Hotel Columbus from 16th January to 2nd February, another for the same dates at the Hôtel de Paris by Dan Walck, a photography show by Peter Lavery at the Marriott from 16th to 20th January and a special exhibition at the Musée Massena in Nice until 3rd February entitled The Enchanted Circle with works borrowed from the museum of Dr Alain Frère.

The roundabout between Avenue des Ligures and Avenue des Guelfes will be decorated by the Urban Planning Department’s Gardening Section honouring the grace and elegance of the honorary stars of this year’s festival: horses.

Finally, a special commemorative stamp will be issued, drawn by acclaimed artist Alain André of Petit Gougoufame. The stamps will be on sale at the Stamp Office for €1.40.