Excitement set to return to Monaco with Historic GP

Excitement set to return to Monaco with Historic GP 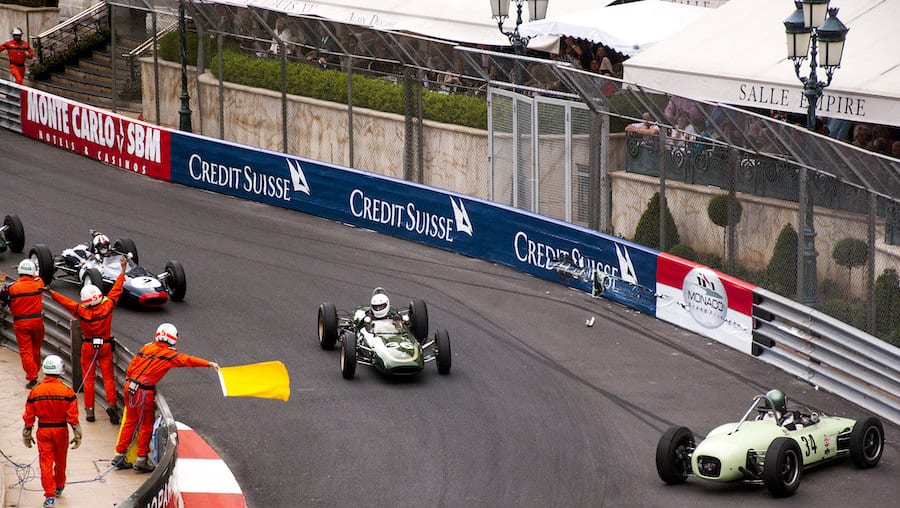 Monaco is revving up to host its first major public event since the onset of the Covid pandemic, the Historic Grand Prix. Tickets are selling out fast for the late April race amid uncertain health guidelines and ongoing travel restrictions in France.
After it was forced to cancel the 12th Historic Grand Prix of Monaco in 2020, the Automobile Club of Monaco (ACM) is in full swing for this year’s event, with 170 competitors primed to compete and stands throughout the Principality ready to welcome fans.
It marks a major milestone for both the ACM and Monaco, with thousands of spectators set to fill the Principality, injecting some much needed energy into a country that thrives on hosting events.
But with less than 10 days to go, the government is yet to provide any specific health guidelines for spectators.
Meanwhile, France’s “light lockdown”, which includes a 10-kilometre travel restriction, is not due to be lifted until the first week of May. Therefore, it remains to be seen whether Monegasque authorities will actually prohibit French citizens from entering the Principality for the event.
It hasn’t stopped tickets from going on sale though and, according to the ACM ticketing website, there are on average only 10% of seats still up for grabs. Stands at Quai Albert 1er and Piscine Plongeur are close to sold out.
While it remains uncertain what health documentation spectators will be asked to provide, the ACM, when contacted by Monaco Life, suggested that negative PCR tests would likely be required, particularly for foreign visitors.
The Historic Grand Prix of Monaco will serve as a precursor to the Principality’s most famous and highly-anticipated event, the Monaco Grand Prix, which is set to take place less than a month later.

READ ALSO: “We are preparing for every possible scenario”

The 2020 edition of the Historic Grand Prix of Monaco was meant to celebrate the 70th anniversary of the creation of the World Formula 1 Championship. This year, the club will still pay homage and commemorate the first win for Ferrari in Formula 1.
For two and a half days, competitors will share their passion for competition at the highest level of motorsport, in real races, surrounded by the sounds and smells that characterise their cars.
Fans can expect a fight between “voiturettes” in the A Series; four iconic Maserati 250F models facing a diverse range of single-seaters with front engines in the B Series; a rich C Series with sports cars; and F1s from the 1960s in the D Series.
One third of the E Series will consist of cars powered by 12-cylinder engines, Ferrari, Matra and BRM, in addition to the F Series with three former Grand Prix drivers and a multiple winner of Le Mans 24 Hours.
Last but not least, the G Series will host more recent F1s in a large variety of colours.
There will be seven races in total on a street circuit that is 80% the same as it was in 1929.
The 12th Historic Grand Prix of Monaco will take place from 23rd to 25th April. Tickets can be purchased online here.