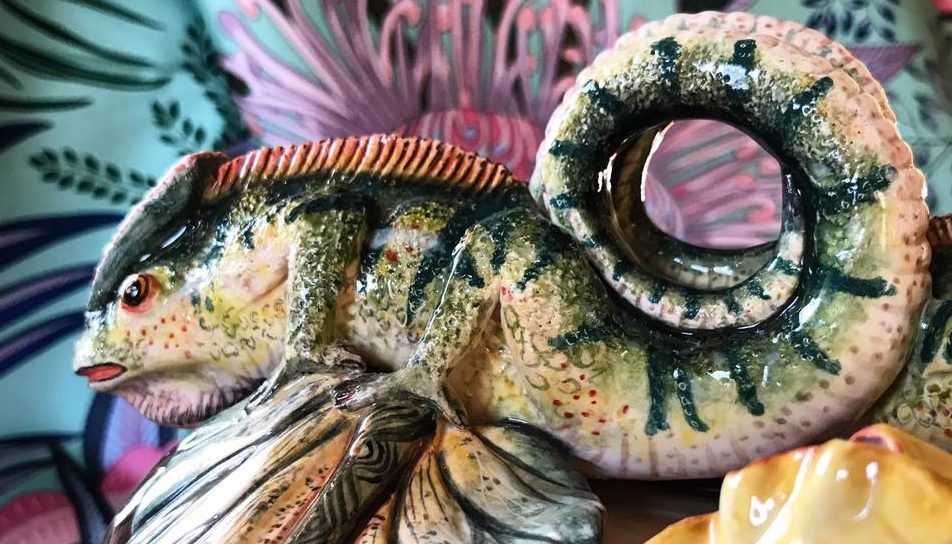 A private exhibition, in collaboration with Roger Shine, Lady Tina Green and Daniela Boutsen, will feature 200 pieces of Ardmore Ceramic Art at the private dining room of the Yacht Club to raise funds for the Princess Charlene of Monaco Foundation.

The exhibit of South African collector’s items will be held from Tuesday, November 28 to Thursday, November 30, from 11 am to 8 pm.

This is the first time Ardmore Ceramic Art, which was created in 1985 by Fée Halsted on Ardmore Farm, in the foothills of the Drakensberg Mountains of KwaZulu-Natal, will be shown in the Principality.

Followers of fashion will have noted that last year Ms Halsted partnered with Hermès to produce the Ardmore-designed silk scarf collection.

For the selected invitees, the three-day show at the end of the month will offer a chance to purchase unique Christmas gifts while supporting an important cause close to the heart of the Monaco community.

The Princess Charlene of Monaco Foundation was established in 2012 to address “one of the greatest silent killers on our planet” by teaching children essential water safety skills and how to swim. According to the Foundation, drowning claims a life every 85 seconds.

Photo: Shimin Gu[/caption] French President Emmanuel Macron ended his visit to China on Wednesday with a significant prize – an order for 184 Airbus A320 aircraft to be handed to 13 airlines. The order had not previously been publicised and is valued at €15 billion ($18 billion). Delivery of the aircraft is expected to start as early as next year. The Chinese operate a policy of balancing their orders between Airbus and Boeing. The American manufacturer has previously said that China will need a total of 7,240 new commercial aircraft over the next 20 years. The Western press has largely interpreted Macron’s visit not only as a significant political and business success, but as representing a major expansion of France’s role as a European intermediary in the wake of the UK’s declining influence in the EU post-Brexit decision.

"We have had the busiest year ever, so far, in respect of awarding the largest number of scholarships and prizes to the young people of Monaco, and their participating in a diverse array of aviation activities," Mr Foyle told Monaco Life.

Several leading members, including Patron Sir Stelios Haji-Ioannou and Roger Shine, Chairperson of the Strategic Committee of the Friends of the CHPG Foundation, have been particularly supportive and generous. One of the highlights of the past few months is that HSH Prince Albert has agreed to be Principal Patron of the Monaco Air League. “We are enormously grateful to have His Serene Highness as our most interested and supportive Principal Patron, bearing in mind how unbelievably busy he is with his government duties and many other charities," Mr Foyle commented. "His patronage has greatly raised our profile and is helping to propel us forwards at a faster rate." The Monaco Air League continues to support Clemens Toussaint in his bid to bring aviation to Monaco. Clemens has renamed Villanova-Albenga Airport in Italy as Riviera Airport.   Riviera Airport is now attracting a growing demand from private jet operators, with a increasing number of hangar clients, and has just signed an MOU with one of the major global players in private jet management to become their main European base. This winter, the airport will start work to extend the 1,500-metre runway by 200 metres, which together with its existing high maximum take-off weight limit of 60 tonnes – double that of Cannes-Mandelieu – will enable it to accommodate the largest private jets arriving from anywhere in the world – even the Boeing BBJ and Airbus equivalent, Mr Foyle said. The League is still looking at the possibility of an air display over the sea in front of the Principality, as well many other ideas and events.