Explained: How foreign tourists can access the health pass 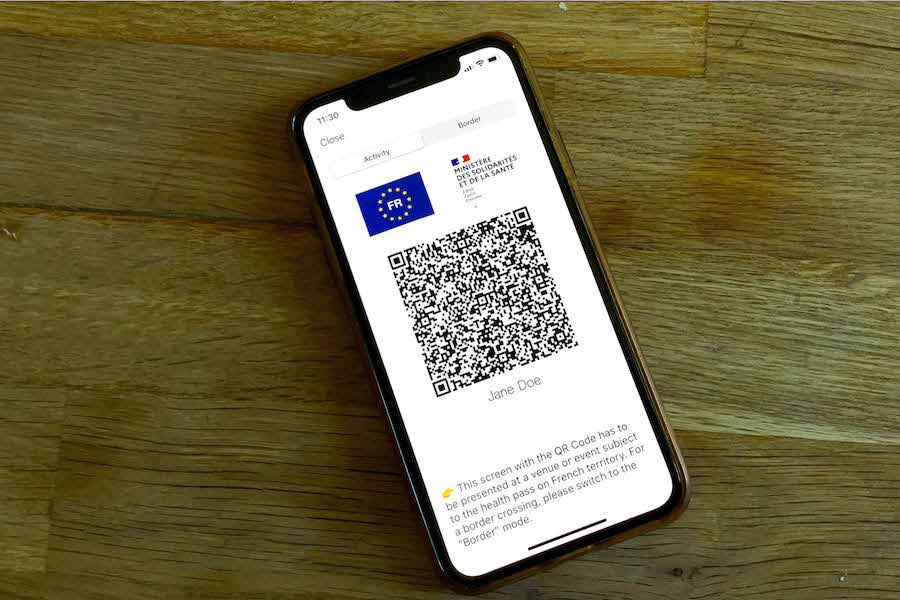 The French government has created a new system for non-EU travellers to obtain a health pass certificate. The news came the same day as the requirement for health passes for several daily activities went into effect.

As of 9th August, a health pass is mandatory in France for entry to cafes, restaurants, bars, hospitals and long-distance train and bus travel. For EU residents, obtaining a certificate is quite a simple procedure, but for non-EU visitors, the waters had been slightly muddied until now.

Previously, people from outside the Schengen zone had to find a pharmacy who would accept their vaccination cards in exchange for the French version, or hope that the places they visited would allow them to enter without the QR scan.

Now, tourists can convert vaccination certificates from their home countries into the French one with the QR code to be used just as a resident or citizen does.

“Initially, this system is only open to non-EU tourists who are already in France or who will arrive on or before 15th August,” the French Ministry for Europe and Foreign Affairs said in a press release on Monday.

For foreign tourists who arrive after the 15th, Minister for Tourism Jean-Baptiste Lemoyne explains that they can submit their applications.

In order to apply, the traveller will be required to provide a vaccination certificate showing full vaccinations, a valid passport, return airline tickets and the application form in PDF, JPG or PNG form.

The subject line must state the country of residence and the surname followed by the given name of the applicant.

“As soon as the application has been processed, the QR code will be sent by e-mail,” the ministry explains. “The code can then be printed out and presented on paper or electronically and will have no expiry date.”

It is also possible to undertake the same process with a negative test result, but the certificate will only be valid for 72 hours.

All travel guidance information can be found on the Foreign Ministry website at https://www.diplomatie.gouv.fr/en/coming-to-france/coronavirus-advice-for-foreign-nationals-in-france

IMSEE: a decade of rising temps and...

Lifestyle & Wellbeing Stephanie Horsman - February 16, 2021
The average temp over the past decade in Monaco was more than 1°C hotter than the norm. It was also a decade that saw extreme heat waves and months without a single drop of rain. 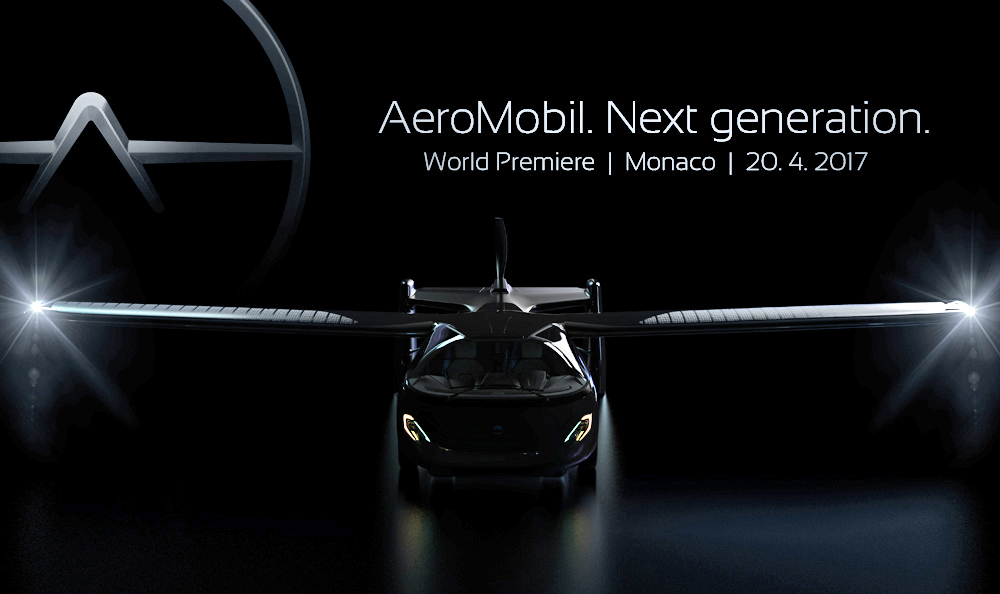 AEROMOBIL’s flying supercar will be unveiled at the inauguration of Top Marques Monaco[/caption] Mind-blowing technology shaping the transportation of tomorrow will be at the heart of next month’s Top Marques Monaco, the world’s most exclusive auto show. Visitors to the 14th edition of Monaco’s Motor Show this week, from April 20 to 23, will be able to see the future first as the exhibition premieres the latest innovations on land, sea and air. At a press conference at Stars’n’Bars on Tuesday, Manoj Bairstow, Managing Director of Top Marques, said: “For our 14th edition we have sought out the best of the best from flying cars to all-electric supercars with an excess speed of 200 mph.” Organisers revealed that there would be a remarkable six world premieres in 2017, including AEROMOBIL’s newest model of a flying supercar, which will be unveiled at the inauguration, and so hot off the press Top Marques couldn’t include the information in the presentation, the announcement that the Jean Boulle Luxury Group will reveal at Grimaldi Forum a diamond painted Classic Bentley Azure covered with 2 million gem diamond crystals using Bouille Luxury’s proprietary diamond finish. Additionally, four supercar world premieres are promised with the Donkervoort G8 RTO, the C10 from Calafoire, the Princess Charlotte Edition of Asfané by Frangivento and an as yet undisclosed Grand Tourer from David Brown Automotive. [caption id="attachment_14147" align="alignnone" width="640"] 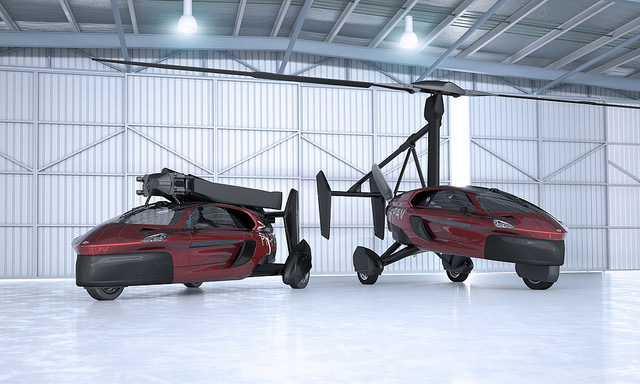 PAL V Liberty, the world’s first commercial flying car with a retractable rotor[/caption] PAL V Liberty, the world’s first commercial flying car with a retractable rotor, will be shown to the public for the first time, and will be for sale at the show for a mere €300,000. Top Marques is always on the lookout to bring on board Monaco businesses, and the launch of one of the world’s fastest drones, by Monaco innovators MC-CLIC, capable of flying 30 metres per second, was a perfect match. The drone is for sale for €800 (but replacement parts cost as little as €5-€10). There were whispers of a drone versus supercar race on the closed F1 circuit during the show. Throw into the World Premiere mix, Dendrobium, a two-seater all-electric concept supercar by Vanda Electrics, with a target top speed in excess of 322 km/h, and a 40,700 ton luxury cruise liner, Silver Muse by SILVERSEA, the show’s largest ever luxury exhibitor (which will also recreate a cabin at the Grimaldi Forum and offer visitors a virtual cruise experience) and it’s easy to see why Top Marques has cemented itself as the car show in Monaco. [caption id="attachment_14148" align="alignnone" width="640"]

Dendrobium, a two-seater all-electric supercar by Vanda Electrics[/caption] “We discovered this year an enormous amount of products that were not worthy of the showcase of Monaco,” Mr Saltzman, Top Marques Sponsorship Director, told Monaco Life. “We scour the world for diversity and innovation, but we always favour investment and innovation from Monaco, which is why we have Jean Boulle, MC-Clic and Frangivento. However, it has to stand on its own merit.” Monaco’s own VENTURI E-formula team, with guest appearances by drivers Stéphane Sarrazin and Maro Engel will be on hand at this edition of Top Marques. And more than 25 cars will be available for test drives from the Grimaldi Forum, Thursday and Friday on public roads and on Saturday and Sunday, on parts of the F1 track featuring famous corners such as Tabac and Rascasse. Top watch brands including Franck Muller, Greubel Forsey, Atelier DeMonaco Urwerk as well as more than a dozen haute jewellery brands, plus an unprecedented collection of art including a “Pop-up” gallery by Laurent Strouk in Paris, and works by British sculptor Paul Day, whose memorial dedicated to British soldiers was recently unveiled by Queen Elizabeth II in London. [caption id="attachment_14145" align="aligncenter" width="850"] 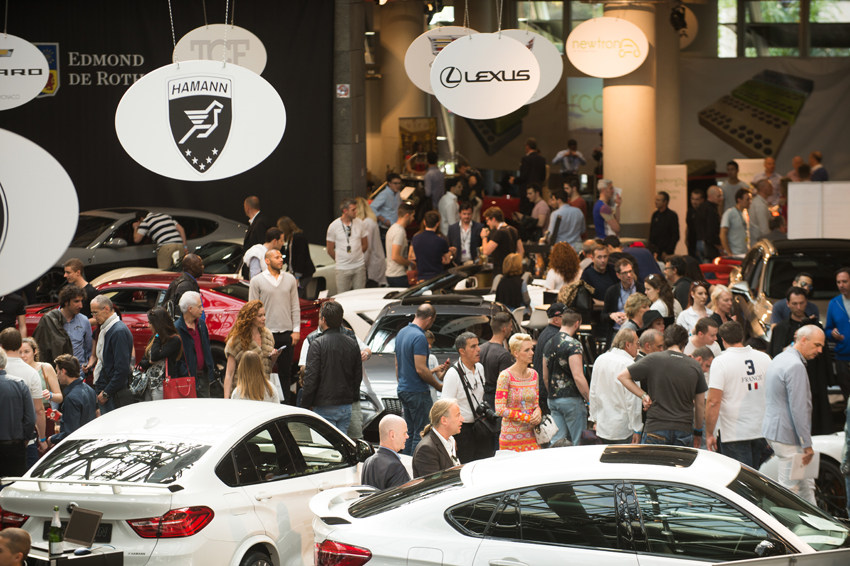 Photo: Olivia Marocc Photography[/caption] “What makes Top Marques unique,” Mr Saltzman pointed out, “is that you can meet the people who actually design the things on display at the show.” The timely theme of this year’s Top Marques Business Breakfast is “The Brexit Trap: What About Financing the Real Economy". Special guests include Minister of Finance Jean Castellini, Xavier Rolet, chief executive of the London Stock Exchange and Mathilde Lemoine, Chief Economist at Edmond de Rothschild Group. In closing the morning’s press conference, Mr Saltzman said, “We would like to thank our Patron, HSH Prince Albert, for his support of Top Marques from its inception, as well as our partner in this adventure, the Edmond de Rothschild Group. We are also very grateful to our sponsors Dotta Immoblier, Burgess, Silversea, La Societe des Bains de Mer, La Direction du Tourisme et des Congrès and Meregalli.” He added his appreciation for Stars’n’Bars for their support and said this year there will be an after-party at L’ÉTÉ. [caption id="attachment_14144" align="aligncenter" width="709"] 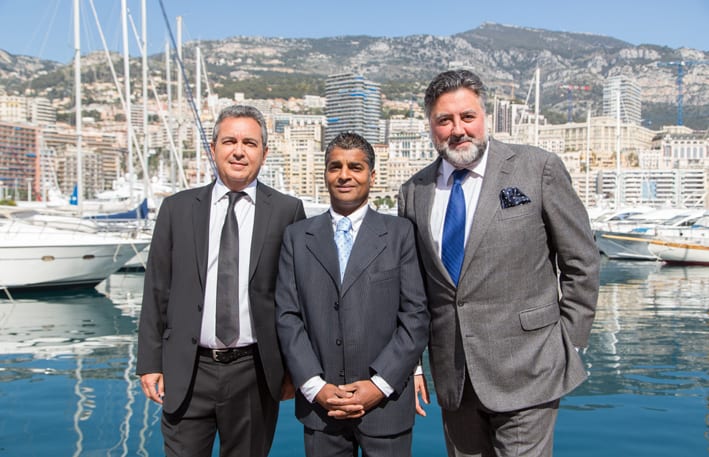 Top Marques Directors Mederic Del Monaco, Manoj Bairstow and Steven Saltzman[/caption] Speaking to Monaco Life, Mr Saltzman explained, “We consider ourselves a supercar show, which means that certain types of vehicles don’t make our grade. We avoid mainstream and mass production, for example. So that puts us in a niche, but we are also a lifestyle show so we solicit innovations like flying cars, which would not be seen at a traditional auto show. We see other cars shows in Monaco in a different league. We’re inside and we’ve been here for 14 years.” Given that advance ticket sales are three times ahead of where they were last year, the Top Marques team is confident they’ll break last year’s figure of 42,000 entrances. For more information about tickets or exhibitors, see the Top Marques Monaco 2017 website. Article first published March 21, 2017.