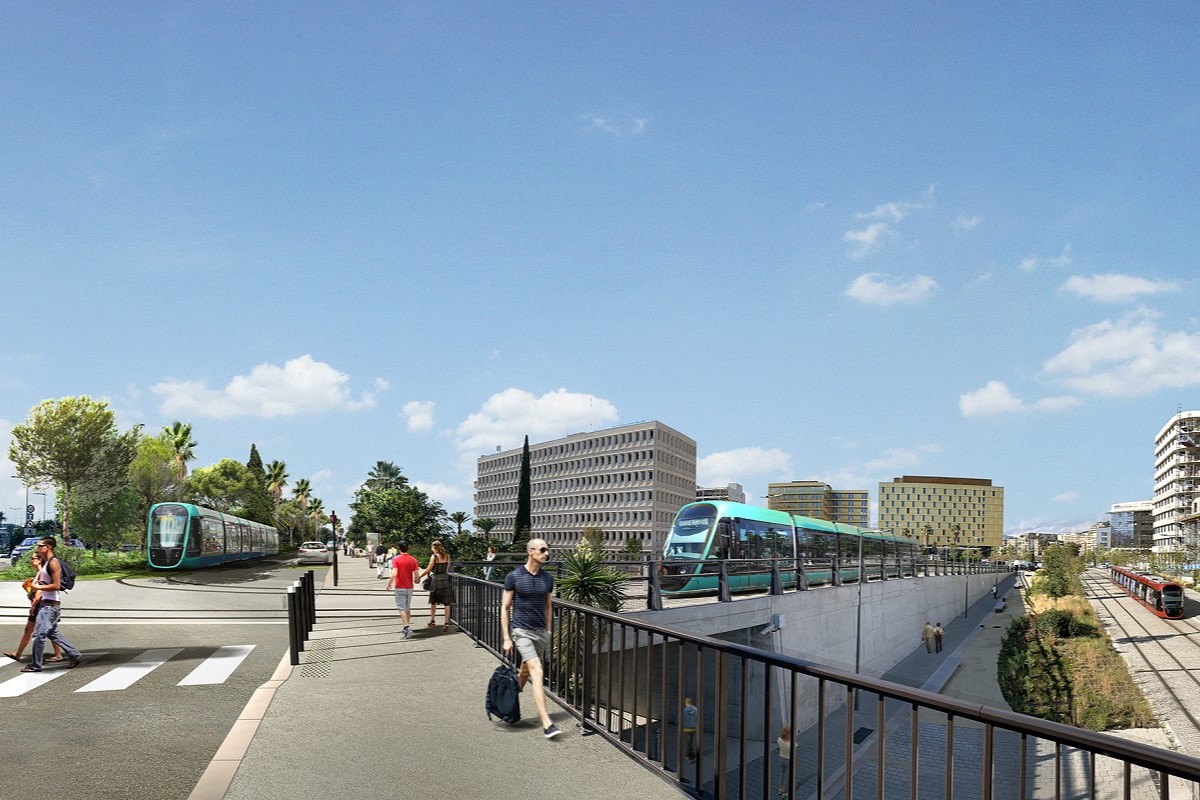 Nice’s tramway has transformed public transport within the city. Now it looks to expand the connections beyond its borders to neighbouring municipalities, but what is the official timeline?

It has been 15 years since the first trams began to circulate on the modern system in Nice, and since then, the network has revolutionised public transport for its inhabitants and visitors. Three lines currently traverse the city – Ligne 1 between Henri Sappia and Hôpital Pasteur, Ligne 2 from CADAM and the airport to Port Lympia, and Ligne 3 from Saint Isidore to the airport – but soon they are to be joined by an additional two routes.

The first is Ligne 4, which will eventually connect the neighbouring towns of Saint Laurent du Var and Cagnes sur Mer with the Saint Augustin area of Nice. It will be more than seven kilometres in length, cross the southern bridge over the Var River, and provide for 13 stations along the route from Grand Arénas to the Parcs des Sports Pierre Sauviago and the Lycée Auguste Renoir in Cagnes sur Mer.

Speaking on France Bleu Azur on Monday 23rd January, the mayor of Nice, Christian Estrosi, promised that the tramway would “cross the Var River in 2026”. Work has already commenced on the line and it had previously been hoped that the full tramway would be finished within the next two years, but completion is now expected sometime between 2027 and 2028, according to Estrosi’s latest interview.

The Ligne 5 will provide a much-needed link with the outlying districts of L’Ariane, La Trinité and Drap, following the route of the Paillon River from the centre of Nice. Work is due to begin in 2024, and the first trams could be heading northeast in 2026 if all goes to plan.

After discussing advancements on the tram networks, the radio station took the opportunity to grill Estrosi on the recent reports that Nice is “the most indebted city in France”, something his political competitors have suggested pushes debt levels close to the maximum threshold.

“I do not see how we are at a maximum level of debt,” he responded. “If we maintain our current investments with the inflation that we are experiencing, it would not be reasonable. We have an inflation rate and an interest rate that is very high. A lot of things were planned, but we are going to postpone some of them because we do not want to exceed the debt threshold. Today, the debt ratio per inhabitant is €1,400 euros.”

Whether or not the promised plans to begin work on the Ligne 5 next year will be affected by this curtailing of spending remains to be seen.