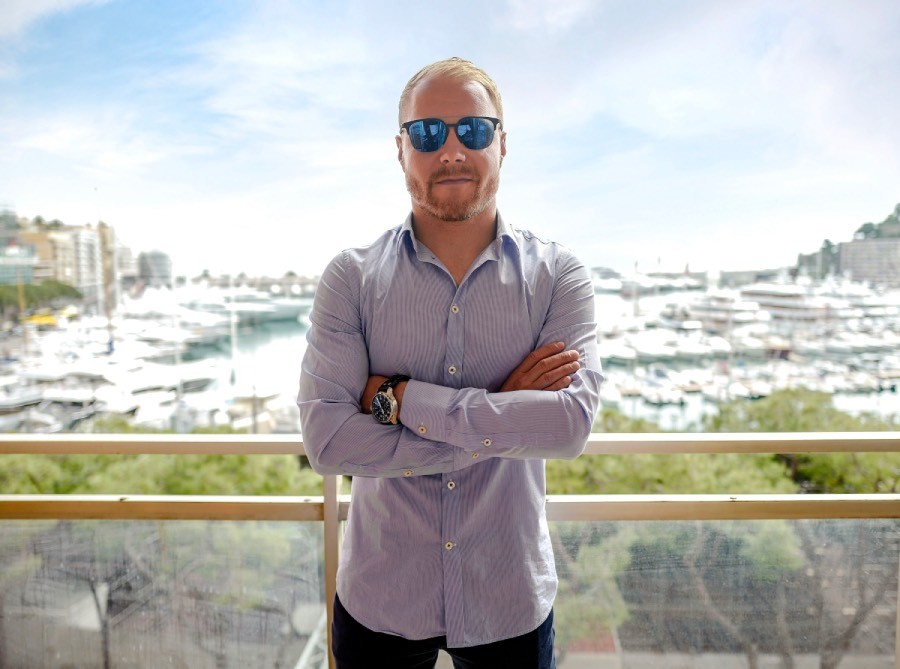 Bottas, a seasoned investor currently leading the F1 championship, will become Azurite’s global brand ambassador. The company is readying plans to raise significant funding over the coming months to take advantage of luxury property demand in Monaco, where Bottas lives.

Azurite’s backers include high-net-worth individuals, institutional investors and family offices. The business aims to capitalise on the Principality’s constricted property market by opening up investment in development and refurbishment to outside investors for the first time.

Azurite was founded by Nigel Robertson, a Monaco resident of 20 years who has a strong network across the Principality and built his career by launching online directory service Scoot.com, which achieved a market cap of £2.5 billion. He was also the largest seed investor in ASOS, the online fashion giant, now valued at over £3.9bn.

Working in partnership with local developers including Monaco Projects, which has two decades of experience in the area, Robertson has created a strong team with senior property and investment figures. He sees huge opportunity within the secure and notoriously private Monaco market.

“It’s fantastic to have Valtteri on board and as one of the world’s leading sportsmen, he will be a great ambassador for Azurite,” said Nigel Robertson, founder of Azurite.

“Right now, there’s growing demand for Monaco property with a huge barrier to entry for external investors. Like Monaco’s F1 circuit, the market is very tight but we’re looking to change that and partner with local developers to create new properties and refurbish some of the older ones. Against a backdrop of uncertainty – particularly with major changes in retail and the political chaos in Britain – Monaco is a highly attractive opportunity with solid fundamentals and continued strong demand.”

Demand for new resident applications has been so great that the Monaco government has approved an investment of over €2 billion into a land reclamation project to create new villas and apartments across six hectares of land. Despite the country being only slightly bigger than London’s Regent’s Park, property prices can easily support the investment thanks to the severe lack of supply.

“Timing is everything in F1 and in business, and Nigel has a proven track record in finding the right opportunities to enter a market,” said Valtteri Bottas. “As an F1 driver, I have grown to love Monaco and am very excited about helping Azurite open up the market to different investors, many of whom wouldn’t typically invest in the country’s exclusive residential market on their own.

“Monaco has a close family network – much like the F1 circuit – and these relationships will be critical to helping Azurite unlock opportunities for investors, coming at a time of exciting growth across the principality.”

Significant demand and limited space has led to growth in the price of property in Monaco, which has witnessed 10.5% annual compounded price growth since 2006, according to Monaco Statistics IMSEE, and saw the highest global inflows of HNWIs last year out of all countries.