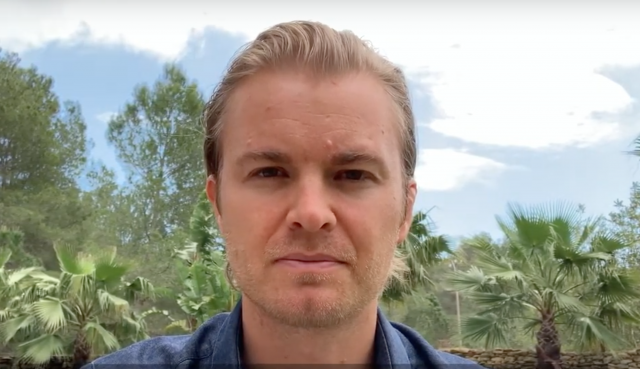 Retired Formula One champion Nico Rosberg is urging people to speak up about the environment in light of the Covid-19 health crisis, as part of the latest awareness campaign of the Prince Albert II of Monaco Foundation.

The video entitled A Green Shift?, is one of a series being produced by the Prince Albert II of Monaco Foundation inviting personalities, experts and scientists to speak out about the pandemic’s effect on the environment.

The latest one, starring Nico Rosberg, has been making the rounds with an important message to people about climate change, emission control and the plus side the global lockdown has had on the environment.

“One of the crucial issues that the pandemic has revealed is the state of our emissions. The pandemic has cleaned up our air so significantly, it’s been unbelievable,” said the Finnish-German racer in the video. “I think the positive from this is that we have a very, very clear target of where we want to get to for the long term, in terms of emissions.”

The 34-year-old Mercedes pilot, is not only a Formula One champion, he also founded the Greentech Festival to inspire people to create and use new green technologies for a more sustainable future.

“All of us as individuals can take some measures to avoid going back to just business as usual after the crisis. This is a good thing. But I think major measures are required and here we also need politics and governments involved to really put sustainability at the forefront.”

Taking his message one step further to entice politicians, governments and business leaders to unite in a green future, he reminded them of the financial benefits, as well as the ecological ones, that can be achieved.

“This mega trend of sustainability will eventually make money for governments and for individuals in the medium and long term, so it is actually, even on a business and money-making front, a huge opportunity.”

Rosberg, who grew up primarily in Monaco, shocked the racing world in 2016 when, after beating his rival Lewis Hamilton, retired from racing at the age of 30. Since then, he has been an avid investor in start-ups and has been an outspoken advocate for the environment.

To see the Nico Rosberg’s video, click here.
Other videos include Paul Polman, co-founder and chair of IMAGINE, Julia Marton Lefèvre, chair of the Tyler Prize for Environmental Achievement, and Maria Damanaki, global managing director of Oceans at The Nature Conservancy.