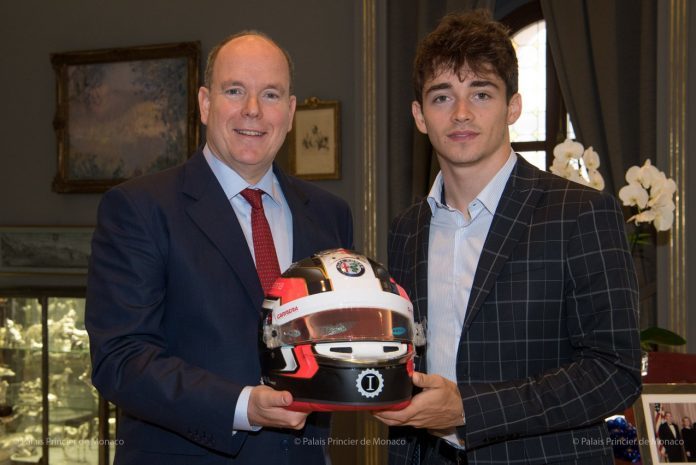 After two spectacular back-to-back wins at the Belgium and Italian Grand Prix races, Ferrari pilot and Monegasque darling Charles Leclerc was invited to the Palace and received by HSH Prince Albert II.

Leclerc was accompanied by his mother Pascale, two brothers Lorenzo and Arthur, and his uncle and aunt.

“It’s always a pleasure to meet with him, even more after his two great victories,” said the Sovereign on-air to Monaco Info. “I was not the only Monegasque or friend of the Principality to be happy, not only of his victories and the way they were won, but also to hear the Monegasque anthem on the podium. It’s still extraordinary.”

The Prince is a huge F1 fan and devotee, so having a hometown favourite to cheer on would of course be a source of pride and excitement, and he says he sees a bright future ahead for the prodigy.

“There was no better ending than coming here to the Palace,” said Charles Leclerc. “The Prince has always supported me enormously.”

Leclerc is soon leaving to race at the Singapore Grand Prix to see if he can make it three wins in a row.