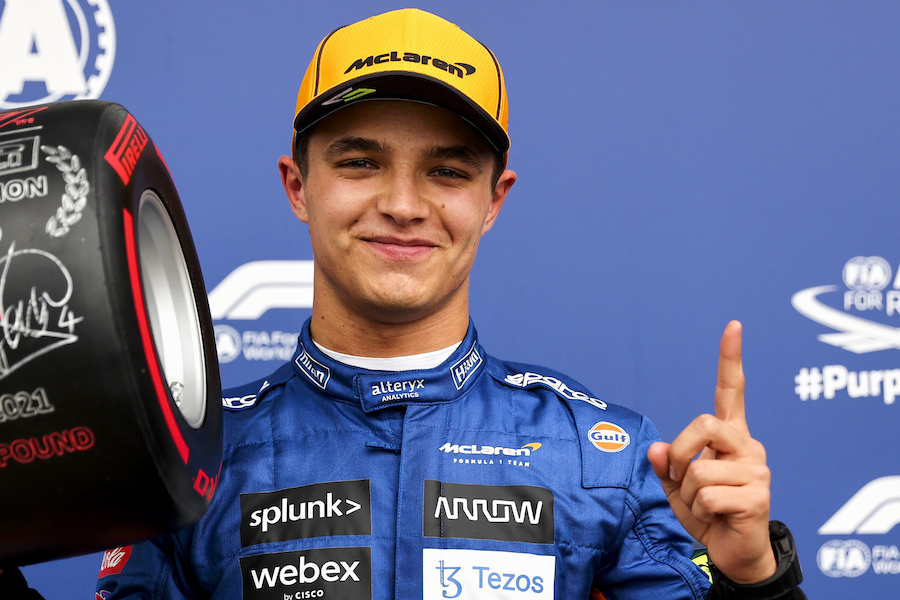 McLaren’s British driver Lando Norris on Wednesday announced his move to Monaco, joining other racing greats including Lewis Hamilton, Max Verstappen and Daniel Ricciardo in becoming residents of the Principality.
The 22-year-old British driver, who currently lives in Guildford, Surrey, shared the news on Twitter, releasing a photo of his new apartment in the Principality.
Having had a successful break-through season at McLaren, he says he feels that now is the time to join his fellow F1 drivers, and team-mate Daniel Ricciardo, in making the move to Monaco. “I currently feel that I’m in a comfortable position to make this decision, and take the time to move there,” he told
As host to the most iconic event on the motorsport calendar, it is no surprise that F1 drivers are lured to the Principality. Norris, however, says that leaving England behind wasn’t an easy decision: “I love England. It probably remains my favourite place, my friends and family are there,” Norris told Motorsport.com. “I think on numerous occasions I’ve said that, for me, taking pleasure, especially in what I do, is a priority with this sort of decision. It therefore isn’t an easy decision.”
Norris didn’t shy away from the fact that his move is, at least in part, financially motivated given Monaco’s low tax rates, citing the volatility of an F1 driver’s career. “It’s something that obviously a lot of drivers go to do and especially, with how racing is, I think we’ve seen for other drivers how quickly things can also go downhill.”

Say hello to my new home! The place isn't finished yet but I'll be living here in Monaco when I'm not in the factory or at the track next year.

I get the keys at the end of next month so will hopefully be moving in soon. Really excited for this next chapter! pic.twitter.com/rsYCcbXXls

It is this that leaves Norris thinking about his life post-racing: “I have to look after my things for my future… of course, I understand that there’s going to be some criticism, but people do many things in life for money.”
Norris revealed that he will be receiving the keys to the apartment next month, stating, “I am really excited for this next chapter.”
Before that, the new Monaco resident has a fight on his hands to maintain fifth place in the F1 drivers’ standings, with only one point separating the Briton from Monegasque driver Charles Leclerc, with only two races to go.
The penultimate race of the season takes place in Jeddah, Saudi Arabia this weekend, where both Leclerc and Norris will be hoping to secure a positive result.