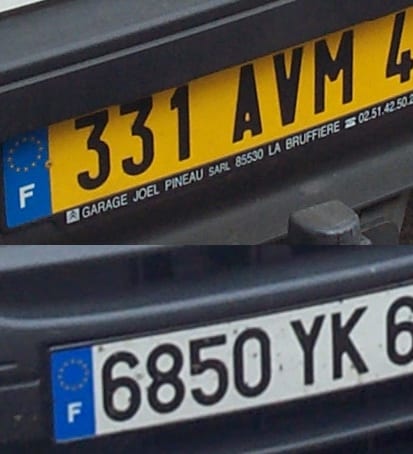 As if motorists don’t have enough problems on their plate, the Gendarmerie in the Var has warned of a spate of false car registration numbers. Victims of the crime soon learn of the problem when summonses arrive from the court.

Motorists have 45 days to contest a summons issued in error, but must go through a complicated process. Firstly, they must contest the summons, then lodge a criminal complaint in a police station followed by an application for a new carte grise (registration document). Paperwork needed includes a receipt for the criminal complaint, the certificate of registration for the vehicle, ID, proof of residence and, in the case of a speeding offence, a photograph of the radar machine that recorded the offence.

At the end of the process, the victim should receive a new registration document and a new licence plate. The process is free of charge if all the paperwork is in order.

The crime itself is punishable by five years in jail and a fine of up to €3,750, suspension of driving licence and confiscation of the vehicle.

France was the first country to establish motor vehicle registration plates, nearly 123 years ago to the day, on August 14, 1893. Licence plates became mandatory across the country by a decree of September 30, 1901, which “applied to all vehicles capable of exceeding 30 kmh” – that’s 19 mph.

Workshop to improve gender inequality in the...

Local News Staff Writer - June 5, 2019
Monegasque institution She Can He Can is set to host a ‘Diversity and inclusion in the workplace’ workshop for businesses, educators and individuals. 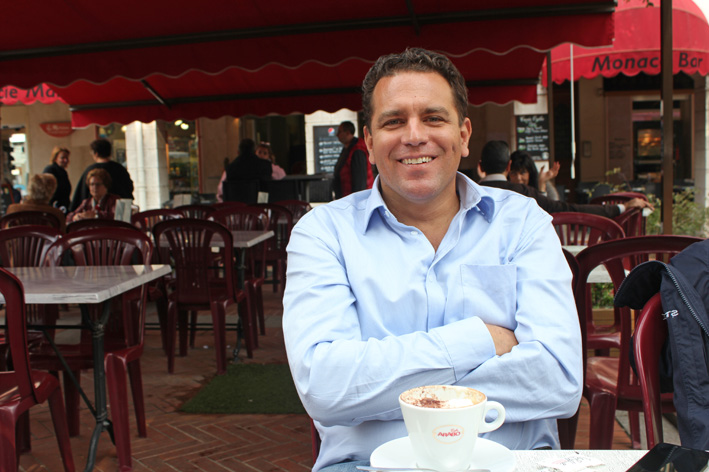 Xavier Lamadrid returned to Monaco last week after racing in Mexico's awesome La Carrera Panamericana Rally.[/caption] Monaco resident and vintage car fan Xavier Lamadrid returned last week from Mexico where he participated for the first time in La Carrera Panamericana Rally and placed second in his category. “This is a proper motor race, difficult and dangerous,” Mr Lamadrid tells Monaco Life about the race, which covers 3,500 kilometres over 7 days in October with cars reaching speeds of 220 km/h over 700 km of special stages. “It’s one of the coolest things I’ve ever done.” The original La Carrera Panamericana course, in the early Fifties, crossed Mexico from South to North (North to South in 1950) to celebrate the inauguration of Mexico’s Panamerican highway. Motorsport’s biggest names at the time raced but eventually the event ended because the course was too dangerous. “It was revived in 1988 as an ‘historic event’,’ explains Mr Lamadrid. “I use the term historic because this race is nothing like the old man, hobby driving, and typical kind of historic racing practiced in Europe or America.” La Carrera Panamericana is ranked as one of the “Top 5 Toughest Races in the World” by Red Bull, just after the Dakar and the Nürburgring 24 Hours. There are 100 cars participating from every nation. “The first few days, I was thinking ‘what am I doing’. It’s like the first few hours of Nürburgring 24 Hours, you want to stop and get out of the car. But then by the end, it’s so emotional you don’t want the experience to end.” Mr Lamadrid, who was born in Mexico, had a team of 14 mechanics, with two other cars and two additional drivers. His Mustang is kept in Mexico so unlike his Swiss and German competitors in the same category, he didn’t have to worry about the logistics of transporting his car to Mexico. “I am aware this is a life event for me, and possible as I have the support of the Mexican region of Durango, Akron Lubricants and ABOX Storage from the UK. Otherwise an adventure like this would be too expensive.” 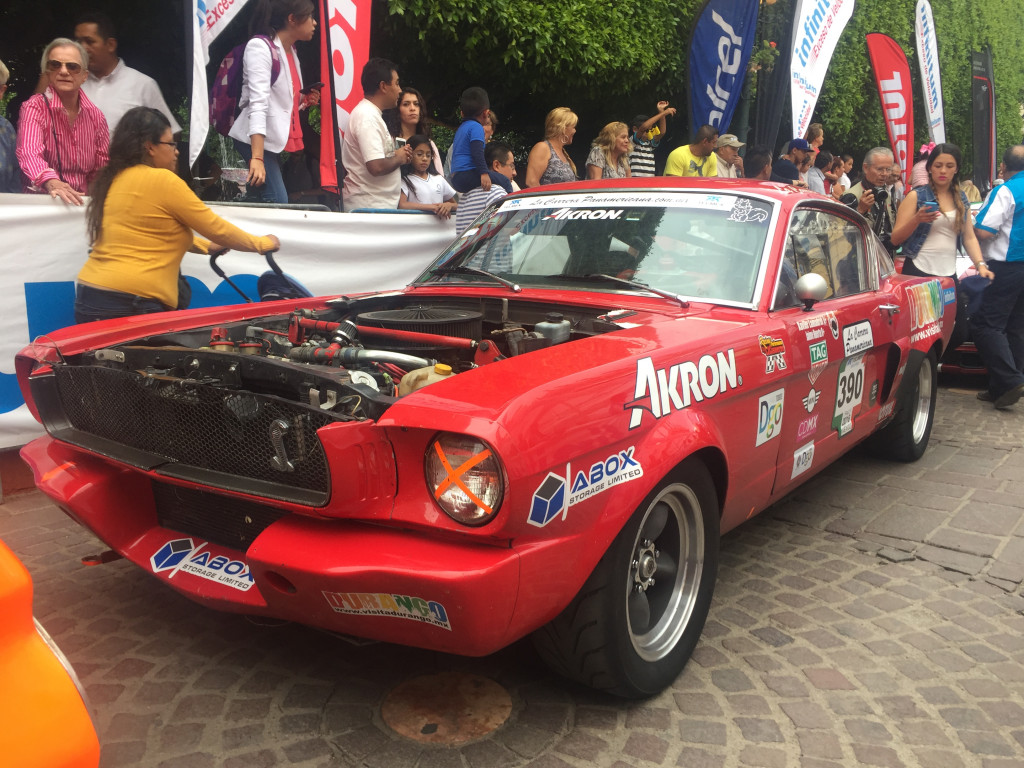 Mr Lamadrid drove a 1965 Ford Mustang with 550 horsepower and raced in the Historic C category. “My car paled in comparison to the Open Class Studebakers with 800 horsepower, but I was excited, it was my first rally,” he says. “I have circuit experience, as years ago I decided I was only doing real motor racing events, so I race at the Nürburgring, VLN and the 24 Hours Le Mans.” Recalling how each city the racers pulled into was wall-to-wall locals lining the streets to welcome them – “in some of the towns it was a holiday so schools were closed and kids could come out to see the cars” – Mr Lamadrid says, “La Carrera is something special. It’s a real event, with suffering, joy and danger. It plays with your mind. It’s something that should be done by real motorsport enthusiasts ... posers, stay away.” Next year La Carrera Panamericana celebrates its 30th edition. 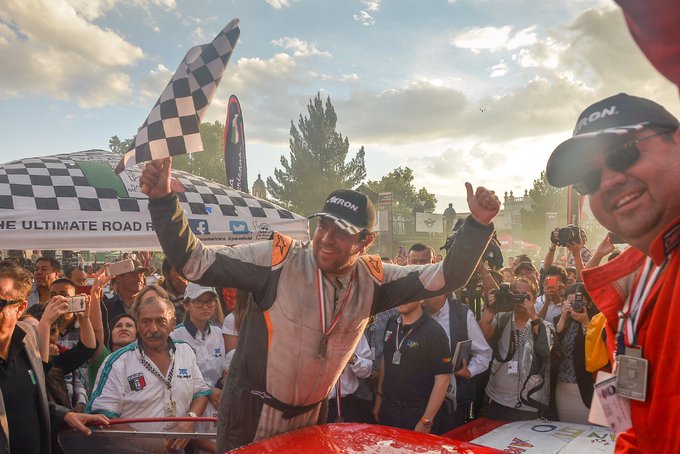 This year, the race looped around Mexico as the teachers’ union in the state of Oaxaca threatened to block the roads. La Carrera is a huge event in Mexico as there is real motor sport following across the country. We started in the city of Queretaro, where we crossed the ceremonial start on the night on Day 0. I started to understand what everyone was saying about “thousands of people cheering”. Day 1 took us from the city of Queretaro over the Sierra Gorda. Forget Col de Turini, near Sospel, or anything I’d ever seen. This is fast, dangerous with 500-metre drops. Jaime Huerta, my co-driver kept us on the road and we finished the day in the city of Puebla by nightfall. I stared to process just how difficult this race is. We barely made it to Puebla with an agonising clutch. We were in contention and in the Top 20, which is better than I could have ever dreamed of. The team, headed by Jorge Cisneros, repaired the car overnight and we were ready for the start of Day 2 at 6 am. We kept heading south into a part of Oaxaca and then into the town of Tehuacan. There’s a long tradition for la Carrera in Tehuacan, but I never expected the tens of thousands of people who turned up. We couldn’t even get out of the car! Carrying on to Mexico City, and experienced another peculiarity of La Carrera, the crazy quick transit stages. We descended into Mexico City doing an average of well over 200 km/h … escorted by Federal police! We enter the capital through the city centre and by the National Arts Institute where an estimated 256,000 fans – that’s correct, 265,000 – were present. Incredible. We were still in contention and the car was perfect. [playlist type="video" tracklist="false" ids="7589"] Day 3 we headed for Toluca over the mountains. At some point you felt as though you were in Switzerland. Beautiful stages, very fast, and we did well. Our front right suspension was ready to break and the team did a phenomenal job welding it. We finished that evening 2nd in class. We were doing very well. Day 4 started at 5 am. New brakes and we made our way to Morelia. We had to pass through Mil Cumbres. What a place. God made this place after watching a rally. We entered Morelia, a fantastic city, and I was ecstatic with our results. Day 5 started well, again through Mil Cumbres, but on the 3rd special stage, on a fast right hander at a GPS speed of 237 km/h, the bonnet parted company with our car. We were lucky it didn’t break the windscreen. We finished the day in Guanajuato still ahead. Day 6 began towards Zacatecas. It wasn’t easy to find a new bonnet but the team did it. Incredible. The roads were opening up at this point and it was fast, fast everywhere. The transits were getting quicker and we finished well, looking forward to the last day in Durango. We had to finish for our sponsors. Day 7 kicked off at 5 am. Beautiful drive through the desert, I felt like I was David Carradine in the “Cannonball” movies. We carried on to the mountains around Durango and to the Devils Back, which were the toughest roads on the race. Our clutch started going again, but after a long day we managed to conserve the car and finish. There was an incredible reception in the centre of town in Durango. The governor received us, the party begins. We finished 12th overall and 2nd in class. Article first posted November 6, 2016.