Falcao asks Real Madrid to come and get him 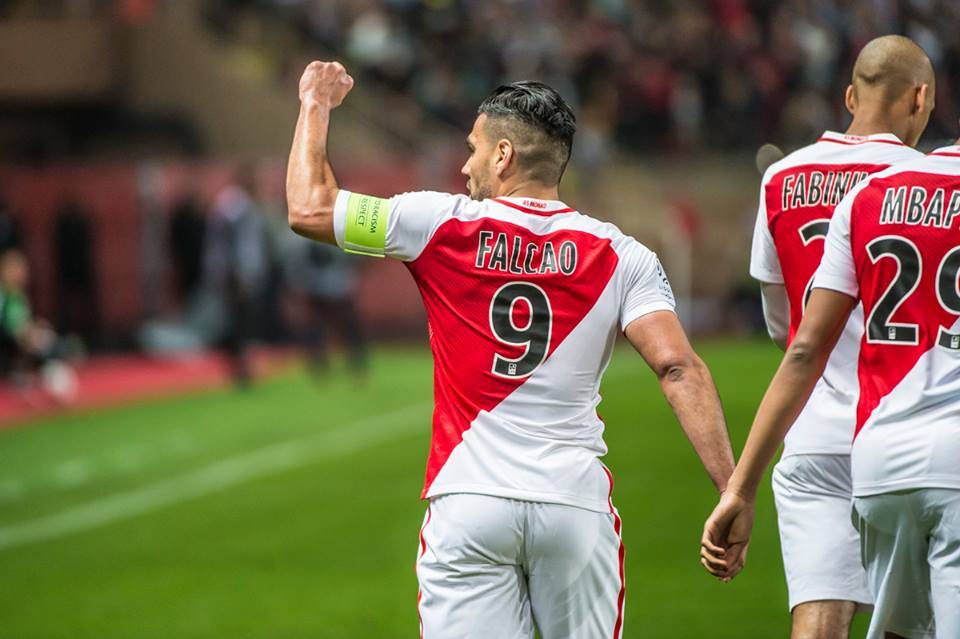 Monaco and Colombia striker Radamel Falcao seems to be looking for an exit from struggling Monaco FC, offering his goal-scoring services to Real Madrid.

Real have been looking to strengthen the front line since the departure of Cristiano Ronaldo to Juventus.

The 32-year-old Colombian, according to a report in Marca, has offered to move to the Bernabeu club.

Real chiefs are rumoured to be keen on young talent, which may put Falcao out of contention for a move back to the Spanish capital.

Local News Cassandra Tanti - February 19, 2021
The Historic Grand Prix of Monaco is drawing some big names and generating plenty of excitement ahead of its April kickoff.

Jean Castellini awards the Prince's Government Prize to Robert Boisbouvier. Photo: Manuel Vitali /DC[/caption] At the closing of the Monaco Business expo on Tuesday, November 14, Jean Castellini, Minister of Finance and Economy, presented the Prince's Government Prize to the winner of the 22nd edition of the Business Creation Competition organised by the Junior Economic Chamber of Monaco (JCEM). The annual event is sponsored by Athos Partners, Manpower, Cabinet MMA Pierre Brière, Crédit Agricole Monaco et Monaco Telecom. This year, the Jury – made up of representatives of the private and public sectors – awarded the Prince's Government Prize, which amounts to €40,000, to Robert Boisbouvier for his newly created PAPYRUS company. The young Monegasque has set up an online platform that connects graduate students and younger students, to enable them to benefit from personalised sessions of academic and professional guidance. [caption id="attachment_25200" align="alignnone" width="640"] 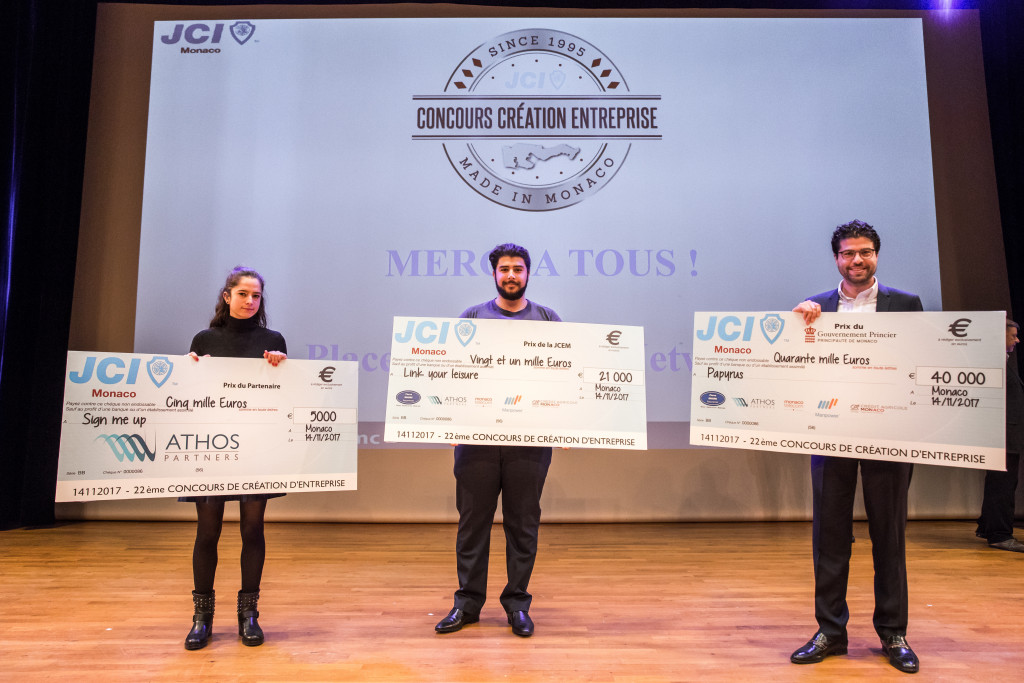 Winners of the 2017 Business Creation Competition organised by the Junior Economic Chamber of Monaco. Photo: JCEM[/caption] The second prize, awarded by JCEM, and amounting to €21,000, was this year awarded to another young Monegasque, Sacha Savoca, for the company he also created in 2017. "Link Your Leisure" is a digital application aimed at facilitating the organisation of and access to leisure in a given region, highlighting the tourism and leisure stakeholders concerned. This young company was also chosen by the Monaco Tech Jury during its last selection round. Finally, the Jury also decided to support the project of the young Melahat Zorlu by awarding her the "Athos Partners" Coup de Coeur Award for its "Sign Me Up" project, whose objective is to promote training and services in sign language in the Principality. [caption id="attachment_25171" align="alignnone" width="640"]

Jury and winners of the 22nd Business Creation Competition organised by the Junior Chamber Economic of Monaco. Photo: Manuel Vitali /DC[/caption] Minister Castellini praised all the candidates and praised the work done by the JCEM, whose teams work with professionalism and enthusiasm to organise many activities throughout the year in favour of entrepreneurship and youth in the Principality. He also congratulated Kevin Hin, the first Monegasque to be appointed Executive Vice-President of the Junior Chamber International. “There is no shame in failure,” the Minister concluded in his speech. “It will lead you to your next success.”