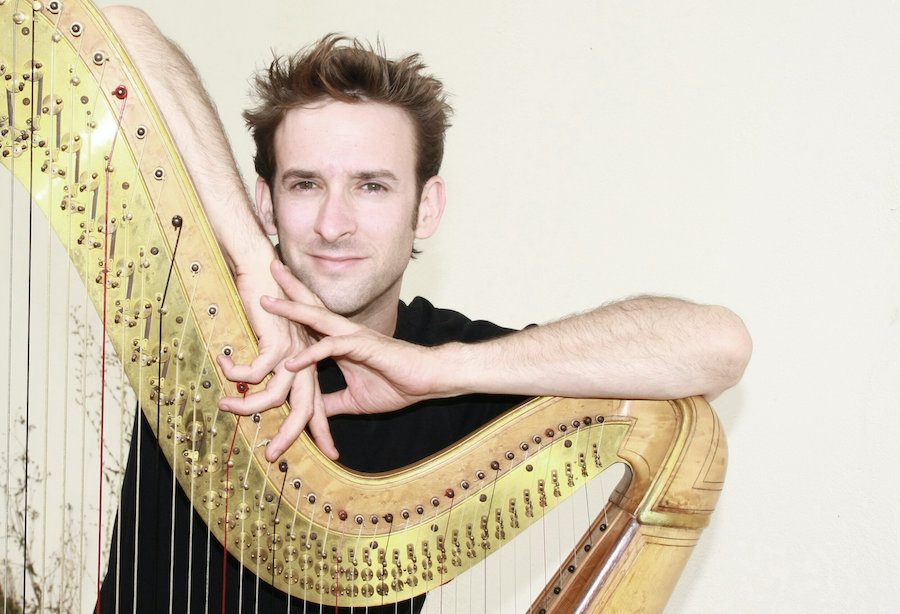 Harpist and conductor Sylvain Blassel is coming to play two local shows at the end of August in Monaco and Beaulieu-sur-Mer where he is sure to dazzle audiences with his unique style and unusual musical choices.
Famous harp player and conductor Sylvain Blassel will be performing in Monaco at St Paul’s Anglican Church on Thursday 26th August at 8:30pm and will reprise his show again on the 27th at St Michael’s Anglican Church in Beaulieu.
Blassel is known for his interesting interpretations of Bach, Beethoven, Liszt and Haydn and his concert will feature three of these composers. He will play Bach’s Partita no 1 BWV 825 as well as Beethoven’s Bagatelles opus 126 and a selection from Liszt’s Hungarian Rhapsodies.
His website explains, “Keen to expand the repertoire available to him as a harpist, Sylvain Blassel has come to specialise in the virtuoso adaptation of music hitherto undreamt-of on the harp. He performs not simply transcriptions of digestible solos, but giants of the piano and orchestra repertoire.”
Blessel is commonly referred to as one the most outstanding musicians of his generation.
The harpist is a regular with the both the Berlin and the Vienna Philharmonic Orchestras and is Professor of Harp at his alma mater, the Conservatoire National Supérieur de Musique de Lyon. He has also recently been appointed Professor at the Royal Conservatoire in The Hague and is regularly invited to give masterclasses throughout the world: in major cities such as New York, Tokyo, Toronto, Hong Kong, Hamburg, Berlin, Prague, Chicago, Seoul, Beijing, and Shanghai. Additionally, he was selected as a jury member for the 20th International Harp Contest in Israel, and the 11th USA International Harp Competition.