Grace Kelly as you've never seen her before

Grace Kelly as you've never seen her before 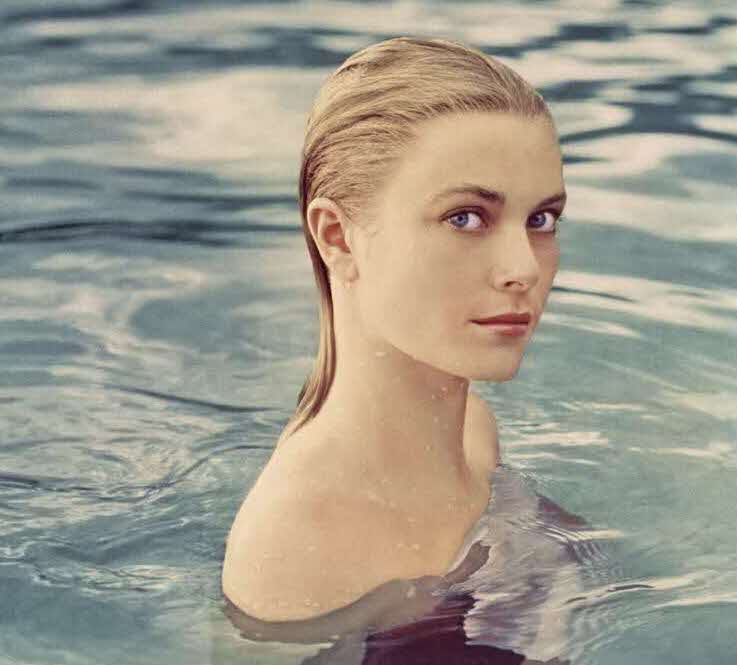 Never before seen footage of Grace Kelly from the Grimaldi family archives will feature in a new documentary film airing on Friday night, promising audiences an intimate glimpse into the life of the Hollywood star who became a princess.
From the Palace of Monaco in the presence of Prince Albert II, Stéphane Bern will present an exceptional evening dedicated to Grace Kelly with a new film directed by Serge de Sampigny. Featuring on French television station France 3, Elle s’appelait Grace Kelly (Her name was Grace Kelly) tells the story of the life of the style and cinema icon through photos and private videos.
The film is a treasure trove of family videos that Prince Albert agreed to share for the first time ever, family archives that show Grace Kelly as never before, providing an intimate reverse shot of the international star, the woman behind the icon: a free, flirtatious, facetious, unpredictable and, above all, very human woman.
The first private videos were shot by her father in 1932 and take us back to her childhood, when she was only three years old. We see her evolve over the years, until she is 18 years of age: a discreet little girl, different, who is not interested in sport and prefers to tell stories, alone in her room.
The amateur videos pick up again in 1952. Having become an actress, she films in Kenya with Ava Gardner and Clark Gable. With her own camera, she captures the camp, the actors, the lions …
While her marriage to Prince Rainier is one of the biggest media events of 1956, this documentary shows unseen photos of her honeymoon. In getting married and giving up a life of acting, Grace Kelly makes up for it by filming characters herself, those around her. As Alfred Hitchcock had shown her, she likes to be behind the camera, and she never stops filming herself with her husband Rainier, her children Albert, Caroline and Stéphanie, and her Hollywood friends, to keep the memory of her best years alive.
Prince Albert provides the commentary for this never-before-seen footage, along with Grace Kelly’s American friends and family, who have rarely spoken on the subject until now.
At the end of the documentary, Stéphane Bern speaks with Prince Albert inside the Palace, where he reveals personal memories of his mother.