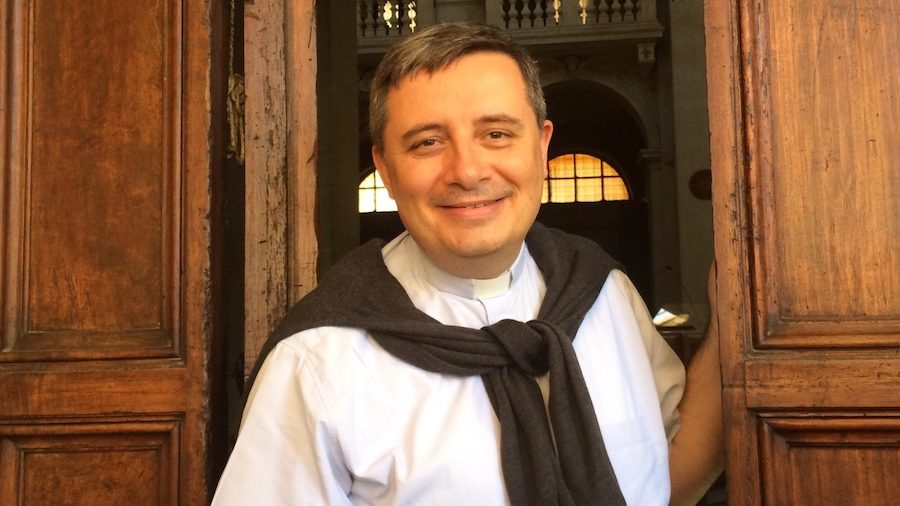 Pope Francis has appointed Father Dominique-Marie David to succeed Bernard Barsi as Archbishop of Monaco.
The Vatican made the announcement on Tuesday 21st January a little after midday. Until then, it had remained a closely guarded secret.
Born 21st September 1963 in Beaupréau, in the Diocese of Angers, France, Father Dominique-Marie David attended the Catholic University of West Angers, where he obtained a BA in English Philology.
He was then an English teacher, before joining the Emmanuel community. Becoming a seminarian in the interdiocesan seminary of Saint-Paul de Louvain-la-Neuve, in Belgium, he obtained a baccalaureate in theology from the benches of the Catholic University of Louvain.
Ordained a priest on 29th June 1991 for the diocese of Nantes, he has had a rich career, which notably led him to occupy the function of rector of the Church of the Trinité-des-Monts in Rome from 2016 to 2019.
Bishop David’s episcopal ordination will take place on Sunday 8th March 2020 at 3.30pm in the Notre Dame Immaculate Cathedral of Monaco.