Favourites thrive on the Monte-Carlo clay

Favourites thrive on the Monte-Carlo clay 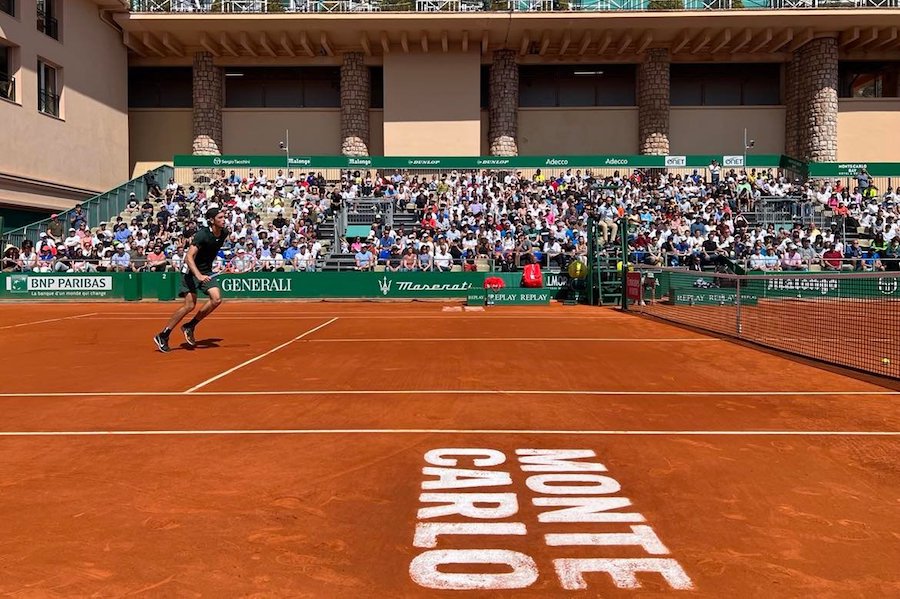 Thursday was a day of few surprises at the Monte-Carlo Masters as big names advanced into the quarter-finals at a scorching Country Club. Here’s a round-up of all the action.

It’s not every day that foe turns friend on the tennis court. But that was the case for Taylor Fritz and Sebastian Korda on Thursday. Opponents on the Court des Princes in the morning, they found themselves on the same side of the net in the afternoon as they came up against Jamie Murray and Rohan Bopanna in the doubles.

Sharing a more literal, physical proximity on the court in the afternoon, fine margins separated the two in the morning as Fritz prevailed in an all-American affair (7-6, 7-5). It was a game of few rallies as it was played at a lightning pace.

Without any breaks of serve in the opening set, it was ultimately decided by a tie break in which serve still reigned supreme, before Fritz crucially broke the serve, prevailing 7-4.

Break points were like London buses, you wait over an hour for one and then two come at once. Fritz broke Korda midway through the second set, before the latter immediately hit back in the next game. The game seemed destined for a second tie-break, but the superiorly-ranked Fritz made sure that didn’t happen, breaking his compatriot to ensure progression to the quarter-finals.

Just moments later, both took to the court again, this time with the same goal: to progress to the quarter-finals of the doubles. Standing in their way were Murray and Bopanna.

Murray and Bopanna took the first set relatively comfortably, a single break of serve enough to decide it (4-6) before a tighter second went all the way to a nail-biting tie-break. The Americans prevailed (9-7) taking the game to a final set, which would be decided by a 10-point tiebreaker.

Four consecutive points from Murray and Bopanna changed the destiny of the tie, overturning a 6-4 deficit to go two to the good, they then converted to take the victory (4-6, 7-6, 7-10). A double dose of disappointment for Korda, who began the day in contention in both formats, but finished it out of the competition entirely.

Surprises at a premium

Fritz may be out of the doubles, but his victory against Korda in the singles was in fitting with the overriding trend of big names getting the job done, albeit sometimes in slightly arduous style.

Rhythmless, stuttering, but experienced and hard-fought best describe reigning champion Stefanos Tsitsipas’ victory against Laslo Djere (7-5, 7-6) on Court Rainier III. The Serbian Djere made Tsitsipas work for the first set, having held serve throughout, he gave his opponent two opportunities at the death, and although he held the first, two games later, the Greek player was given another chance and this time didn’t waste it (7-5).

The second set would be even tighter. In a match of very few rallies and low on quality for large swathes of it, Tsitsipas leaned back on his experience to see him over the line.

Djere took Tsitsipas to a tie-break, but thereafter couldn’t keep pace. The Serb looked exhausted, and frequent touching of his thigh alluded to an underlying injury as he succumbed 7-1 in the tie break and 7-5, 7-6 over the course of the match.

Zverev had no such issues in his match against Pablo Carreno Busta on the main court. The German, who is the highest ranked player left in the competition, sauntered to a first set victory (6-2). The Spaniard immediately hit back in the second, breaking Zverev in the first game, but the German hit back as he regained his grasp on the fixture.

Zverev then needed four bites of the apple to finish the match, but eventually broke Busta to advance into the quarter-finals.

Elsewhere, giant-killer Alejandro Davidovich Fokina breezed past David Goffin (6-4, 6-1), and Diego Schwartzman eventually prevailed against Lorenzo Musetti (6-2, 4-6, 6-3). Although the trend of the day was of favourites coming out on top, a few did buck that trend. Fourth seed Casper Ruud was beaten in straight sets by Grigor Dimitrov (6-3, 7-5) and in the final match of the day, the Italian crowd roared on Jannik Sinner to victory against Andrey Rublev (5-7, 6-1, 6-3).

Whilst the opening days of the tournament were defined by shock exits, the last few days have been defined by big names imposing themselves and getting the job done. Many will have sniffed a glorious chance of a title following Novak Djokovic’s exit, and with Roger Federer and Rafael Nadal absent through injury, they may never have a better chance to win it.

Make sure you follow Monaco Life on Instagram for all the action as it happens from the Monte-Carlo Rolex Masters!