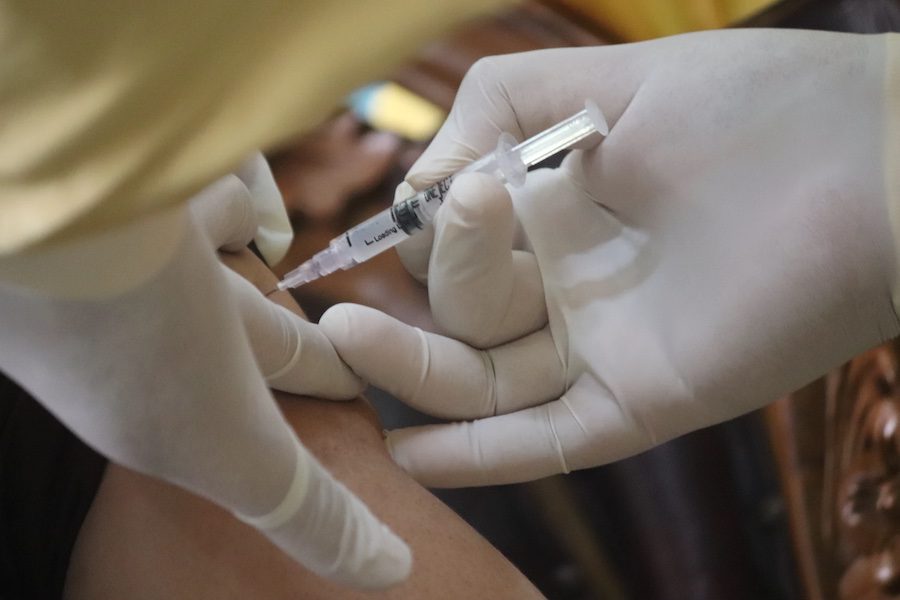 The new Novavax Covid vaccine, which doesn’t use RNA technology and was recently approved by the European Union, could be ready for use in France “at the beginning of February”.

According to a statement by the French Health Ministry, the new inoculation, created by American drug manufacturer Novavax, will most likely be an option in the country by next month, subject to approvals by the Haute Autorité de Santé (HAS). The decision is set to be delivered within days, says the ministry.

This is the fifth vaccine to be approved by the EU’s health regulatory agency.

France is set to receive 3.2 million doses in the first quarter of this year and has asked for the same number to be delivered in the second quarter. Though the vaccines are due at the end of January, the ministry has said that “signals indicate that there could be delays”.

At the moment, the only two vaccines in circulation in France are the ones using messenger RNA technology, namely Pfizer and Moderna. The country drifted away from the other approved vaccines, Janssen and AstraZeneca, after controversies made people reluctant to receive them last year.

The Novavax jab, which involves two doses to be taken 21 days apart, does not use messenger RNA technology but what is known as a subunit vaccine. Sold under the moniker Nuvaxovid, the vaccine contains a component of the virus introduced to the body to trigger an immune response.

Novavax explains it saying, “NVX-CoV2373 is a protein-based vaccine engineered from the genetic sequence of the first strain of SARS-CoV-2, the virus that causes Covid-19 disease. NVX-CoV2373 was created using Novavax’s recombinant nanoparticle technology to generate antigen derived from the coronavirus spike (S) protein and is formulated with Novavax patented saponin-based Matrix-M™ adjuvant to enhance the immune response and stimulate high levels of neutralizing antibodies. NVX-CoV2373 contains purified protein antigen and can neither replicate, nor can it cause Covid-19.”

Other vaccines already use this same technology to excellent effect, including against pertussis, meningococcal meningitis, and hepatitis B. It is hoped that these successes will convince unvaccinated people who have been reluctant to take the messenger RNA jabs.

Based on clinical trials in the UK with 14,039 participants, the Novovax vaccine received an overall 89.7% efficacy rate. The notable side effects are considered short-lived and mild to moderate, and include headache, pain at the injection site, fatigue and muscle pain.

The Monaco government is yet to announce if and when it will make the Novavax vaccine available to the population.

Latest figures from IMSEE show that in the Principality of Monaco, 69,008 Covid vaccinations have been administered as of 2nd January 2022. Residents account for 21,696 first doses, 21,592 second doses and 11,478 boosters. This gives the country a 67.8% full vaccination coverage rate.

A total of 11,779 French residents have been vaccinated in Monaco, while 253 Italian nationals have taken advantage of Monaco’s free vaccination for employees.