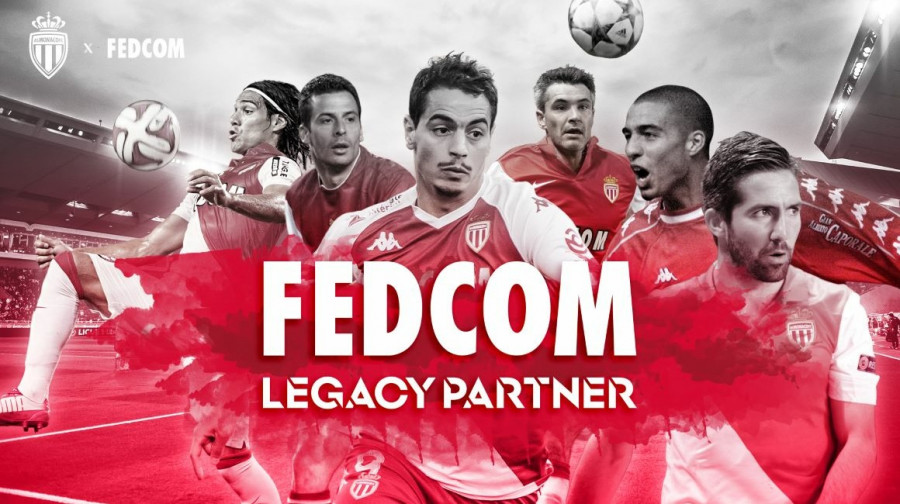 Fedcom, a ‘heritage’ partner of AS Monaco, has extended its partnership with the Principality club until 2025, continuing a collaboration that dates back 25 years.

Fedcom became a heritage partner last season “as a sign of its recognition of its loyalty to the club”. The collaboration will see the continued visibility of Fedcom, owned by AS Monaco Basketball owner Alexey Fedorychev, both at the Stade Louis II, as well as at the club’s brand new performance centre in La Turbie.

Fedcom had previously been an AS Monaco shirt sponsor and featured on the club’s kits as recently as last season. However, eToro now features as the main sponsor on all of the club’s kits this season.

As well as consolidating their partnership with the Principality’s football team, Fedcom are also strengthening ties to basketball within Monaco. Fedorychev became the owner of the Roca Team last season, in what was a record-breaking campaign.

Currently, it is unclear how the Roca Team’s, as well as ASVEl’s Euroleague matches, will be broadcast. A digital platform is reportedly under consideration, although the exact contours of that are yet to be defined.

Also undefined are the terms of the broadcasting deal itself. No fee has been disclosed, and whilst the contract is said to run for four years, this has yet to be confirmed either.

Both deals affirm the company’s commitment to sport within the Principality and represent the continuation of a fruitful partnership that is already over two decades old.