The Federal Council, which brings together the 28 Presidents of Employers’ Unions affiliated to the Federation of Enterprises Monegasques (FEDEM), received Stephane Valeri, Government Counsellor – Minister of Social Affairs and Health, and Pascale Pallanca, Director of Labour, during an informal lunch last Wednesday.

FEDEM President Philippe Ortelli stressed the importance of good relations between the political and economic sectors: “Clearly, we are in tune with your projects, and we are trying to build together the future of Monaco in the socio-economic sense. We hope that this meeting allows you to communicate with business practitioners on key issues for the country’s economy.”

Stéphane Valeri outlined his work for the Monaco Government and clarified its basic principles: “My deep conviction is that social and economic (interests) should not oppose each other. Our social model is advanced and only a strong economy can give us the means to finance it. It is important to defend and sustain it.”

The Director of Labour, Pascale Pallanca, reported a real corporate interest in teleworking. “We are here to provide our support and assistance to all interested companies,” he said.

Other matters discussed at the lunch included legislation relating to industrial medicine.

President Philippe Ortelli concluded: “This meeting reflects the fact that the Monaco Government is listening to its economic sector. Monaco has no oil or other commodity, its success comes exclusively from the intelligence of the people who work there and create wealth, which is then divided among all.”

Stephane Valeri Adviser welcomed the excellent relations with FEDEM and called for the continuation of such meetings. 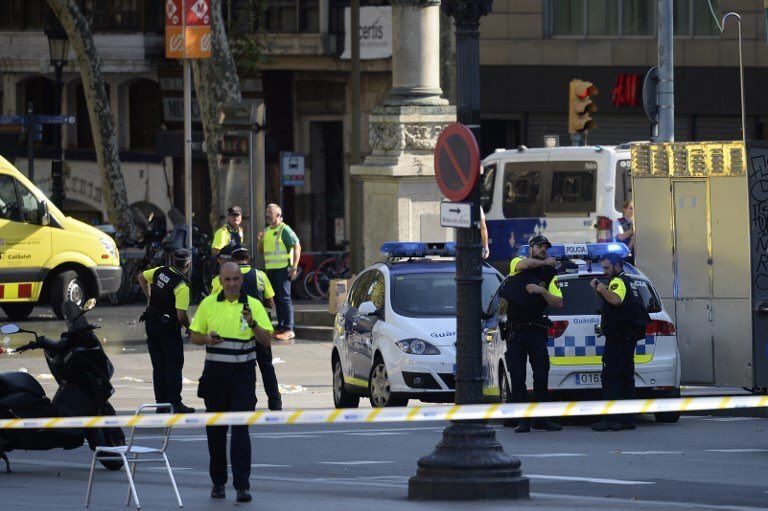 Photo: Twitter EUterrornews[/caption] Police in Marseille have said that an incident in which a man drove into two bus shelters on Monday morning, killing a 42-year-old woman and seriously injuring a man, was not terrorist-related. The driver was arrested shortly after the two events, at about 9:30 am. The two bus shelters were in different districts of the city. The 35-year-old man was quickly arrested by the Anti-Crime Brigade (BAC) in the Old Port area this morning. He had arrived from Grenoble to receive psychiatric care in a specialised establishment, La Provence said. The suspect was already known to the police. "There is no factor leading us to describe this as a terrorist act," said Xavier Tarabeux, Prosecutor of the Republic of Marseille. At the early stage of the investigation it is not known if the perpetrator had been inspired by the fatal attacks in Barcelona last week, in which a total of 15 victims died.