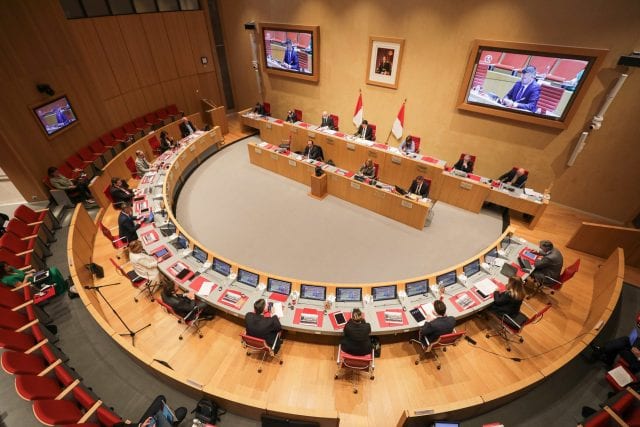 A can of worms has indeed been opened. When the Federation of Monegasque Businesses (FEDEM) announced last week that they were appealing to the Supreme Court to nullify an emergency law passed in Monaco disallowing unfair dismissals, it sent shock waves through the Principality.

Philippe Ortelli, who heads up FEDEM, was clearly a man on a mission, angry with the law and ready to fight for what he claims is an impingement on employers’ rights. “This text excessively and radically limits the possibilities of dismissal (…),” says Mr Ortelli in his request to the court. “By this measure, we consider that the legislator has disproportionately infringed the freedom of work guaranteed by our Constitution, as well as the faculty to break an employment contract, a component of this freedom.”

His strong words were soon followed by outrage among supporters on the other side of the fence. The first to speak out were the trade unions, who have long fought against a law which allows employees in Monaco to be fired without reason or delay. The idea that employers could unceremoniously axe staff for any reason during a major health crisis was unbearable.

“This law was passed following the abuse of certain bosses,” said Olivier Cardot, Deputy Secretary General of USM. “The National Council and the government made a good decision with this law. This appeal demonstrates the perfidy and the infamy of the FEDEM.”

It was Health and Social Affairs Minister Didier Gamerdinger who publicly denounced the dismissals of several employees that occurred as the Covid epidemic was hitting fever pitch.

Then the government shot back at FEDEM’s move, saying: “If some employers in the Principality had not used redundancies at the start of the crisis, while other simple and more humane employment solutions were available to them, it probably would not have been necessary to ‘strictly supervise these breaches of the employment contract’.”

The National Council also had some choice words, with Thomas Brezzo, President of the Legislation Commission, saying: “This government bill took up a unanimous National Council bill, and was promulgated by the Sovereign Prince in accordance with the Constitution. This is proof of the unity of Monegasque institutions around this protective text for employees, a natural counterpart of the state support provided to employers by the CTTR. Recall that at the origin of this text, there were dismissals without reason at the beginning of the crisis, which shocked everyone.”

He added: “In addition, the temporary dismissal ban, justified by the crisis, will be lifted with the end of the health emergency on 18th June. This appeal clearly translates a will to promote a dogmatic ideology instead of defending in a pragmatic way all the actors of our economy, as did the National Council through numerous proposals.”

One member of the National Council, Corinne Bertani, sits in a rather awkward position as both a council member and a member of FEDEM’s executive committee. She said she was unaware of Mr Ortelli’s filing until after the fact, and that she is not in accord with his decision.

“I fully assume my role as national adviser, working with all of my colleagues to defend the general interest and protect the population and employees of the Principality,” said Ms Bertani. “This text also makes it possible to save many companies in sectors directly impacted such as events and tourism, thanks to measures to preserve their treasuries in particular. I cannot therefore be in solidarity with the position of the president of the FEDEM, not having been consulted on the one hand, and approving on the other hand without reserve the devices contained in the law challenged more by ideology in my opinion, only out of a desire to support the economy on the road to recovery.”

A decision on the fate of the law is out of everyone’s hands except the court’s at this point, but come what may, Philippe Ortelli has certainly made himself a highly unpopular odd-man-out on this one. The question still stands though as to whether the court, who must decide purely based on the law and not feelings, will rule to defend the employees or take the side of their bosses.