The 57th edition of Monaco Business News, a journal published by the Federation of Monégasque Enterprises (FEDEM), has just been published in a new, more practical and modern format.

In summary, the latest edition is dedicated to the operational implementation of the very important initiative of teleworking in Monaco (law n° 1.429), deciphers the objectives and expectations, as well as questions of companies, offers practical legal advice and an overview of the technological solutions available.

A legal paper provides a detailed analysis of law No. 1.429, with a focus on the history and reference texts, its scope, definition, implementation, and the rights of the teleworker and the duties of the employer.

This issue also looks back on the meeting of Presidents of unions affiliated to the FEDEM with Mr Stephane Valeri, Minister of Social Affairs and Health.

Among other exclusives: the launch of the second promotion of the Diploma of University of Monegasque Social Law, much awaited by companies.

A pdf copy of FEDEM’s journal can be downloaded at this link.

Prince Albert with the Aux Coeurs des Mots team. Photo: Alberto Colman[/caption] A very moving award ceremony of the second edition of the "Heart of Words" contest took place on October 20 at the Monte Carlo Technical and Hospitality School in the presence of Prince Albert, who presented the prizes to the winners. The event was attended by important personalities, including Patrice Cellario, Minister of the Interior; Isabelle Bonnal, Director of National Education, Youth and Sports; HE Marine de Carné de Trécesson, Ambassador of France to Monaco; Nicole Barbin, President of Women World Leaders; and among others, the members of the Jury, the government, the diplomatic and consular corps, as well as partners in the Hearts of Words, and personalities from business sports, and culture. [caption id="attachment_24454" align="alignnone" width="640"] 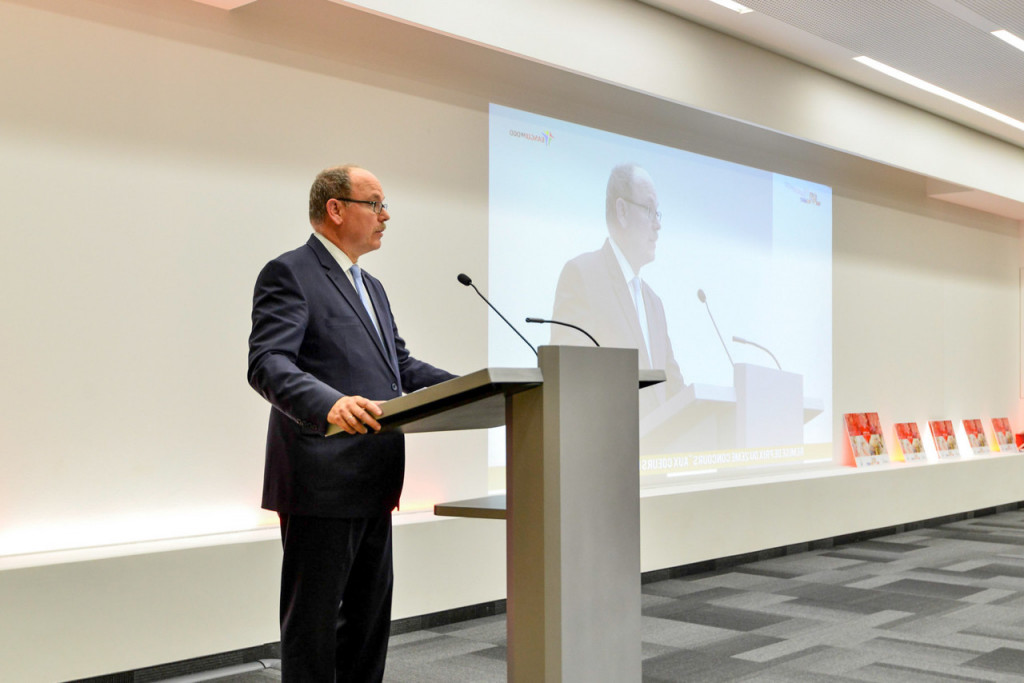 Prince Albert. Photo: Valentina de Gaspari[/caption] Prince Albert took the floor to confirm the importance he attaches to this initiative, which takes a real look at respect for human and women's rights and gender equality. The Prince emphasised that Heart of Words grew up with its own identity, and is now ready to stand on its own, and become independent to expand its horizons around the world. Prince Albert did the honour of presenting the prizes to the winners, accompanied by Fawzia Zouari, President of the Jury, and Hilde Haneuse Heye, Founder and President of Aux Cœurs des Mots. Young high school students have succeeded in highlighting women who have made a significant impact and who are able to meet challenges in a difficult context. The young people emphasised the role and work of women who had validated their central place in society, eradicating discrimination and advancing the principles of gender equality. [gallery td_select_gallery_slide="slide" size="large" ids="24450,24452,24449,24448,24451,24455,24456,24453"] Twenty-six schools on four continents took part in the Heart of Words Competition, which is in the French language. The winners of the second edition were: 1st: Bessi Kama "The jump of hope", Coastal College, Lomé, Togo. 2nd: Christine Ntahe "Mother Sunday", High School of the Holy Spirit, Bujumbura, Burundi. 3rd: Zahra Rahimi "Zahra so well known, so little known", Shahid Mahdavi School, Tehran, Iran and Sidonie Amoussou "A life a fight for a young freedman", La Rosette School Complex, Porto-Novo, Benin (Ex-aequo). 4th: Nada Moghaizel-Nasr "An exceptional activist", French Holy Family School, Jounieh, Lebanon. The Jury's Coup de Coeur went to Djoher Amhis "The Guardian of the Temple", Alexandre Dumas International High School, Algiers, Algeria, and Marina Gahama "A grain of sand", Maurice College, Nice, France, received Special Mention. 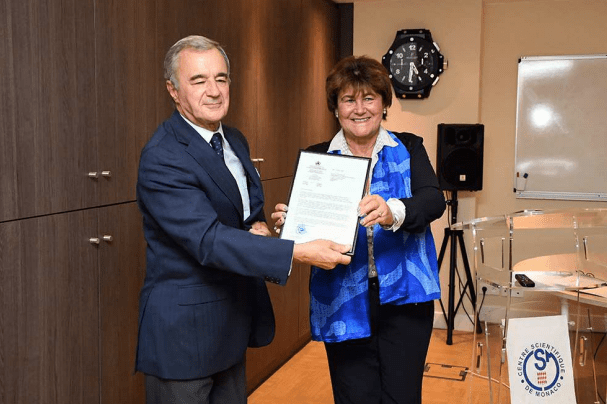 Photo: Direction de la Communication - Manuel Vitali[/caption] During the third meeting of European Small States organised by the World Health Organisation and the Government of Monaco, Ms. Zsuzanna Jakab, Director of WHO Europe, announced that the organisation has designated the Human Health Division of the Medical Biology Department of the Monaco Scientific Centre as a WHO Collaborating Centre for Health and Sustainable Development. The designation comes as a significant recognition of the longstanding work that the Centre has carried out on this theme. The Scientific Centre’s mission is to strengthen knowledge transfer in the field of the environment, climate change and health, and assess the impact of climate change on health in coastal countries.