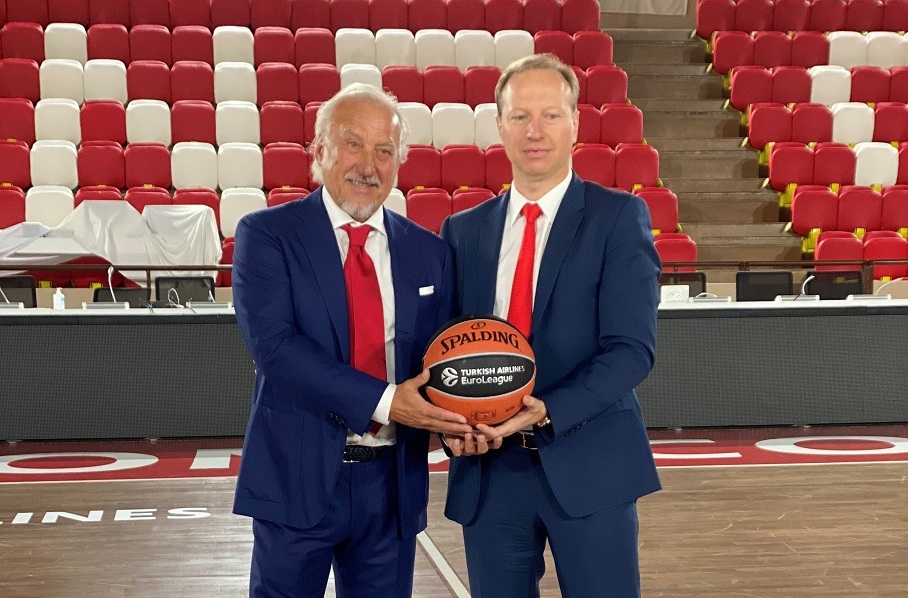 Dyadechko held the reins of the team for over two seasons, an era defined by great success and exponential growth at the Principality side. The crowning glory of his chairmanship will be the 2021 EuroCup victory, which consequently secured the side’s Euroleague spot, providing a basis on which to shine on a European stage.

Fedoricsev takes over at an exciting time. The Roca team are currently experiencing one of their best run of results in their recent history, having picked up four consecutive Euroleague victories, three of which came on the road. The side also currently sits in second position in the domestic division, meaning qualification for the end-of-season playoffs is also a distinct possibility.

The Russian businessman and former footballer was already involved at the club alongside now former chairman Dyadechko, who will continue at the club in the role of Vice-Chairman. Fedoricsev is keen to build on the success of his predecessor, stating in a press release, “Ever since Sergey Dyadechko suggested that I come on board with the Roca team venture, my heart has belonged to Monegasque basketball.” He continued, “This is an exciting project that will make Monaco a bit more prominent in the world of sport and performance.”

Becoming the majority shareholder with his recently acquired 46.6% stake in the club, Fedoricsev is fulfilling a dream that is decades old. “I am very happy to continue to support the red-and-white colours that I have worn for more than 30 years.”

In stepping down from his role as the Chairman of AS Monaco Basketball, Dyadechko, is looking forward to seeing his project flourish in the hands of its new leader. “The Roca team is a bit like my fifth child. Today, it’s as if this child, to whom I’ve given everything I can, is spreading its wings and becoming an adult. When you create a project, develop it and grow so quickly and well, you know there will be wonderful times ahead,” he said.

Exciting times are in store for the Roca team, as basketball continues to grow in popularity in the Principality, and their European journey continues to gain momentum.