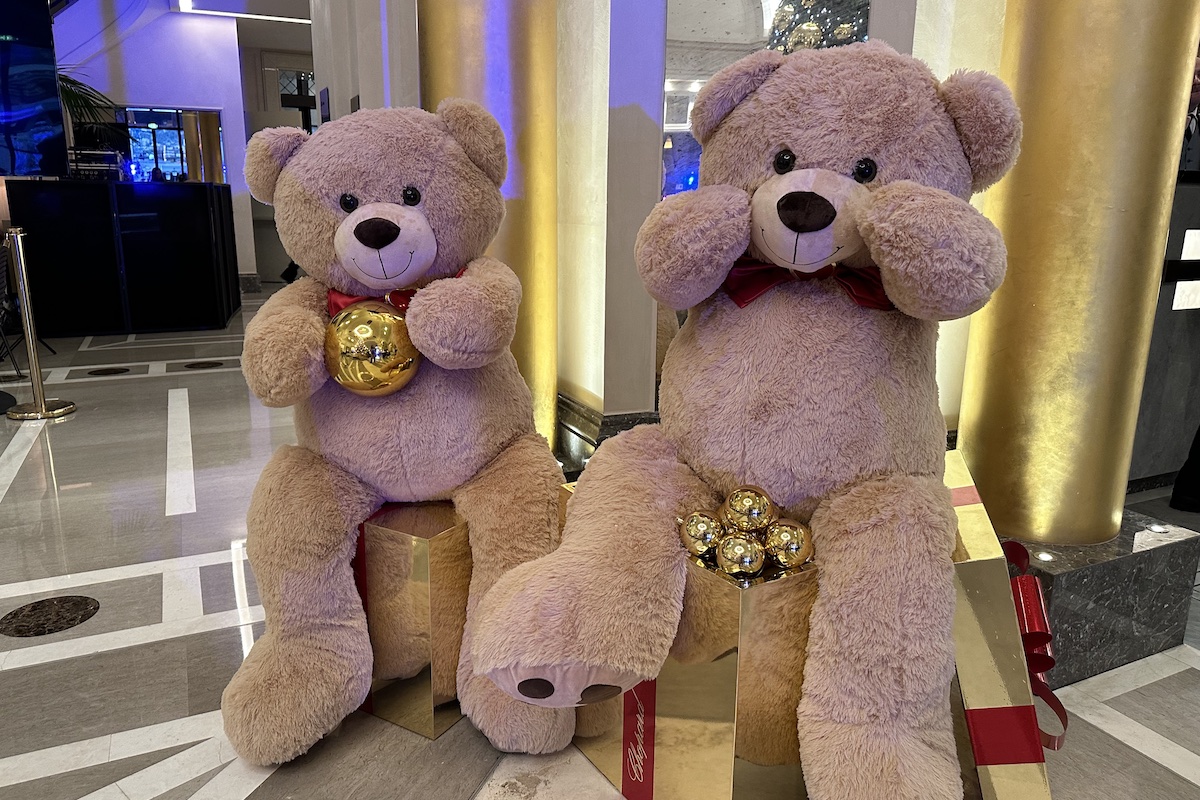 Support a great cause and get plenty of cuddles in return with this one-of-a-kind charity event by celebrated Monaco florists Marco and Karelle Traverso.

From their famous flower shop, Marco Traverso & Histoires d’Ours, on 3 Avenue Prince Pierre this Friday, the warm-hearted couple will auction off a special collection of teddy bears to raise money for the Monaco Disease Power association.

They have been spreading smiles for nearly three decades from their namesake shop in Monaco, decorating homes and public venues with flowery creations that are “straight out of fairy tales”. This past holiday season, the couple took things one step farther, adorning locations all over the Principality with the world’s favourite cuddly toys, teddy bears, which found themselves at the foot of Christmas trees, behind the wheel of luxury cars, in a Michelin-star restaurant, strapped to the exteriors of buildings and filling their own shop to the brim.

The sight was so charming that a famous auctioneer, Monaco-based Simon de Pury, took a photo of the bears at one of the locations and shared it on social media, citing the positive energy he felt from seeing these soft toys.

The photos brought a frenzy of attention to the Traversos, who were struck with an idea: to hold a charity bear auction led by de Pury to raise awareness for the disabled, a cause particularly close to the heart of Karelle, who lost a sister at the age of 20 to severe physical and mental disabilities.

De Pury responded almost immediately that he was behind the idea and the partnership set about organising the event.

The bears are currently being “fostered” around the city – by Amapei, CMB, Bentley Club Monaco, Louis XV, APM Jewellery, Aline Blanche’s Inituitive Coaching, Simon de Pury, La Môme de Monaco, Kômo, Joliès Maison de Beauté, MIMI and Cartier – before they go under the gavel at 3.30pm on 20th January. And to warm the belly as well as the heart, hot chocolate and marshmallow bears will be on offer from Sparkling Van as well as sweets made by Chef Axel Monaco from cake shop Carolina Cake.