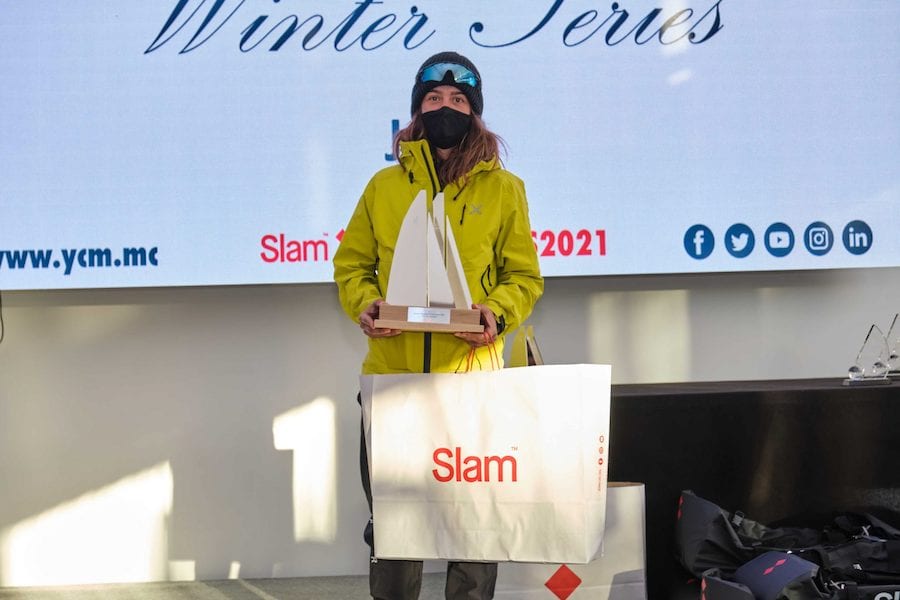 The first regatta of the year in the Principality was won by an Italian team captained by Claudia Rossi on the Petite Terrible-Adria Ferries at the Monaco Sportsboat Winter Series.
The Monaco Sportsboat Winter Series ended on Sunday 17th January, and after three tough days of racing, the Petite Terrible-Adria Ferries led by Claudia Rossi took home the top spot.
The weather was not as cooperative as it could have been during the races, but in spite of that, Rossi and her crew handily won two of the five races held over the course of the series.
No stranger to the top three, Yacht Club of Monaco (YCM) member Giangiacomo Serena di Lapigio on his boat G-Spot took the 3rd place. He was five points behind the Swiss team on Jerry who also won the Corinthian amateur category ahead of YCM’s Ludovico Fassitelli on the Junda and Cesare Gabasio on TinnJ70.
A total of 21 teams competed with starts and mark roundings going off virtually without any trouble in all five races.
This race also marked the first one of the season for France of the combined classes of boats.
The next race is scheduled for 4th February where the Monaco Sportsboat Winter Series continues before heading to the grand finale for the 37th Primo Cup-Credit Suisse taking place from 4th to 7th March.
The series has been around since 2013 and has proved to be a popular event with over 350 sailors from around Europe coming to compete each year. Most teams who come set up their winter training bases in the Principality to prepare for the season’s biggest races.